Blacks in US face upheaval on two fronts 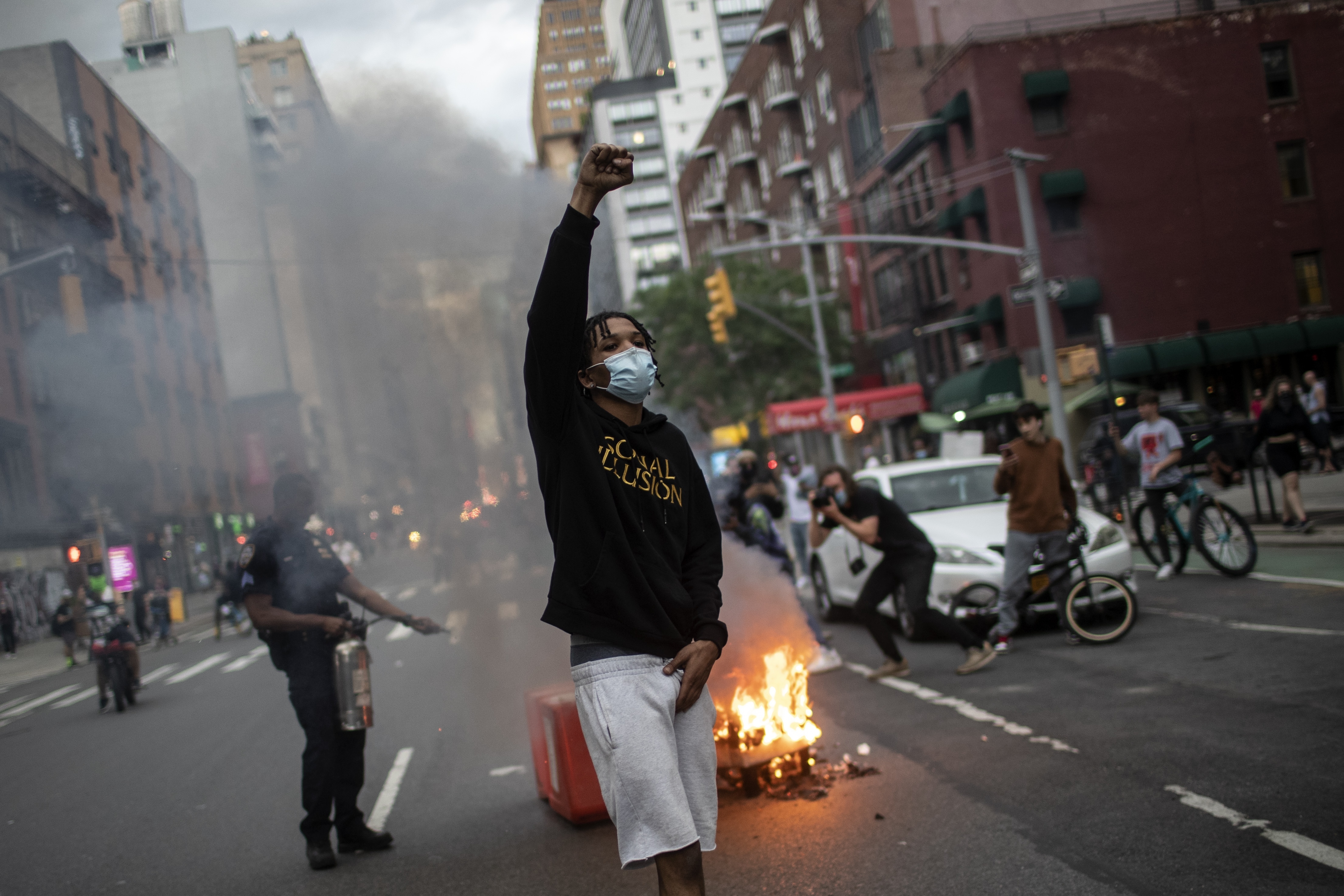 Protesters march down the street as thrash burns in the background during a solidarity rally for George Floyd
(AP photo)
Jack Healy And Dionne Searcey   |   New York   |   Published 31.05.20, 07:01 PM

They are parallel plagues ravaging America: The coronavirus. And police killings of black men and women.

Jimmy Mills’s life has been upended by both. His barbershop in Midtown Minneapolis was one of many small, black-owned businesses that have struggled to survive the pandemic. But Mills was hopeful because, after two months of shutdown, he was due to reopen next week.

Then early on Friday, the working-class neighbourhood where Mills has cut hair for 12 years went up in flames as chaotic protests over the death of George Floyd and police killings of African-Americans engulfed Minneapolis and cities across the country.

The upheaval sparked by a video capturing Floyd’s agonising last minutes as a white police officer kneels on his neck is pulsing through an America already ragged with anger and anxiety. Emotions are raw over the toll of a pandemic that has killed more than 100,000 people across the country and cost millions of jobs.

Minneapolis residents said outrage and protests in the aftermath of the killing of Floyd were a result of a community being tested repeatedly in recent weeks by both police violence and the virus — and in ways that put America’s deep racial inequalities in stark relief.

The outbreak has inflicted disproportionate economic and health tolls on racial minorities and immigrants in Minneapolis and beyond. Black and Latino workers have been more likely to have lost their jobs. Many others are among the low-paid hourly workers who risk their health by going to work at grocery stores, nursing homes, factories, slaughterhouses and other jobs that cannot be done remotely.

The black community in Minnesota has also been hit hard by cases of the virus, just as African-Americans across the country are being infected and dying at higher rates.

“There are no words to describe what people are going through,” said state representative Mohamud Noor, who represents a district with many Somalis and other immigrants. His great-uncle died of the coronavirus a few days ago, and Noor said he was losing track of how many other relatives and constituents are dying.

Noor said the school closures had hurt poorer students without laptops or reliable Internet access to take classes online, and that waves of job losses had sent local unemployment rates soaring. Now, with more than 200 businesses damaged or destroyed in the unrest, Noor said he was worried about new waves of foreclosures, job losses and business failures.

“Many people who are poor who didn’t have much, this devastation will really impact them,” Noor said.

Even before the pandemic, the Midtown neighbourhood, where buildings were burned, damaged and looted, had been trying to rebuild itself after years of economic hardship. The area is in a historically segregated part of town where some residents had felt neglected. A railway was repurposed into a bike and walking trail that runs through the neighbourhood. The Midtown Global Market had sprung up, attracting diners and shoppers to its Hmong, Indian, Moroccan and other international food and crafts.

But now, next door to Mills, the barber, a dollar store and beauty-supply shop have been burned to rubble. The front windows of Mills’s barbershop were smashed, and looters stole his televisions, video equipment and his clippers.

Now, with the power out, water seeping across the floor and phalanxes of police officers and National Guard troops blockading his neighbourhood, he does not know when his J-Klips barbershop might reopen.

“Half of the place is condemned,” he said. “Where do we go from here?”

In many pockets of the city where the virus seemed to be more concentrated, residents have not had access to masks and hand sanitiser.

Many young people, especially minorities, were gig-economy workers holding two or three part-time jobs that evaporated when the outbreak hit. They were left jobless and worried about not having benefits should they become ill.