Biology clue to why men die of Covid 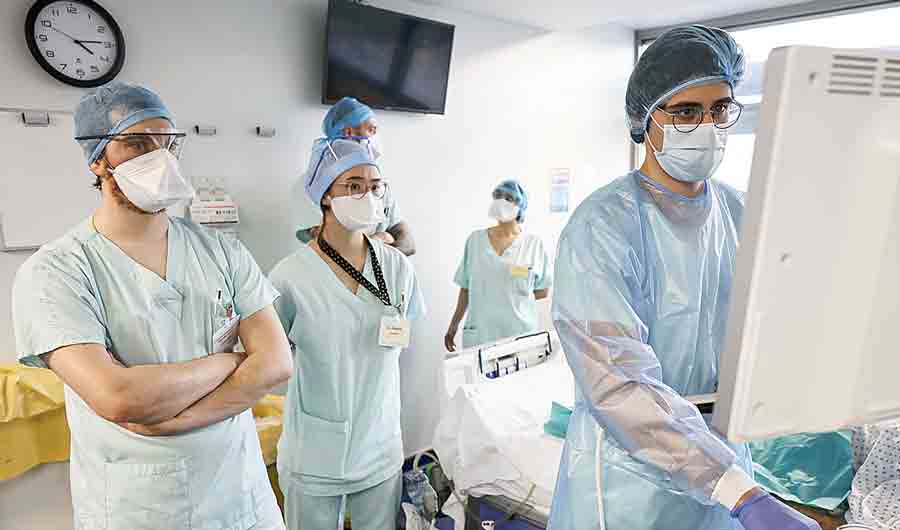 It’s one of the most well-known takeaways of the pandemic: Men die of Covid-19 more often than women do.

Early on, some scientists suspected the reason was primarily biological, and that sex-based treatments for men — like estrogen injections or androgen blockers — could help reduce their risk of dying.

But a new study analysing sex differences in Covid-19 deaths over time in the US suggests that the picture is much more complicated.

While men overall died at a higher rate than women, the trends varied widely over time and by state, the study found. That suggests that social factors — like job types, behavioural patterns and underlying health issues — played a big role in the apparent sex differences, researchers said.

“There is no single story to tell about sex disparities during this pandemic, even within the US,” said Sarah Richardson, director of the GenderSci Lab at Harvard University, which studies how biological sex interacts with cultural influences in society.

Dr Richardson’s team began collecting sex data on Covid cases and deaths early in the pandemic, before the Centers for Disease Control and Prevention began collecting and sharing this information.

Her research group logged on every Monday morning and checked each state’s data, maintaining it on a tracker on the lab’s website. The tracker, which stretches from April 2020 to December 2021, is the only source of sex-based weekly Covid-19 data by state.

That data enabled the researchers to analyse Covid case rates and deaths across all 50 states and Washington over a period of 55 weeks.

Nationally, they found no significant differences in case rates between men and women. But the death rates — the number of deaths among men or women divided by the state’s total population of each sex — were often higher among men than women.

Just how much higher depended on the state and the date. In Texas, for example, men died at a notably higher rate in every week the research group analysed. In New York, men died at a higher rate than women — although the gap was not quite as large as in Texas — during all but three weeks. But in Connecticut, women died more than men in 22 of the weeks analysed.

“You can have states right next door to each other, like Connecticut and New York, that have a totally different pattern but yet experienced the same wave,” Dr Richardson said.

Cumulatively over 55 weeks, mortality rates were slightly higher for women in two states, Rhode Island and Massachusetts. In 9 states, including Connecticut, the rates were roughly equal. And in the rest of the country, death rates were higher for men.

Sex differences in genes, hormones or immune responses are not likely to explain these differences, the researchers said.

“There would be no reason for biology to be that variable across time and space,” said Katharine Lee, a biological anthropologist and engineer at Washington University in St Louis and an author of the new study.

The Caribbean suffers its steepest known case rise of the pandemic, the WHO says. But social and behavioural factors, the researchers said, could help explain many of these patterns.

For example, men are more likely to have jobs in transportation, factories, meatpacking plants, agriculture and construction — occupations with higher rates of Covid-19 exposure and fatalities. Men are also more likely to be incarcerated and to experience homelessness, increasing their risk of virus exposure.