The Democratic former President, speaking on the main stage at the summit, also took aim at domestic lawmakers from the Republican Party 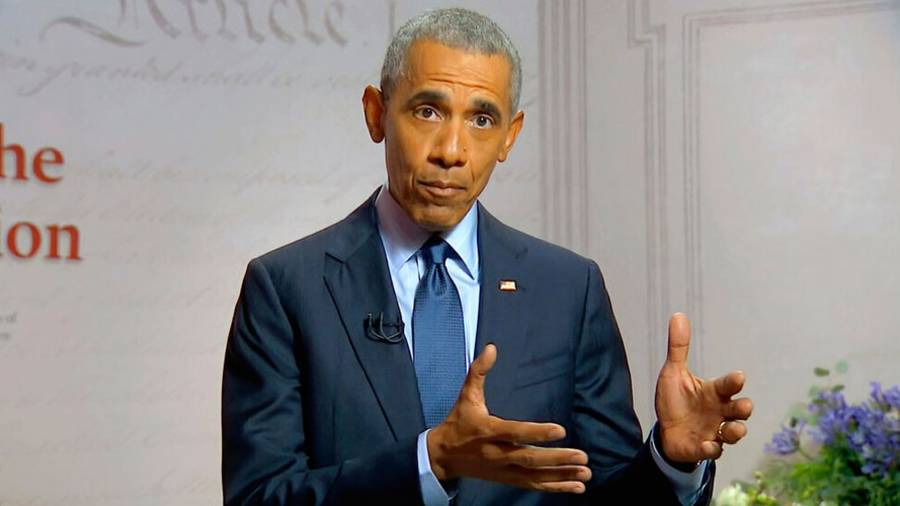 Former US President Barack Obama lambasted those who would play politics to avoid acting on climate change, calling out Russia and China in the same breath as Republican politicians back home.

“It was particularly discouraging to see the leaders of two of the world’s largest emitters, China and Russia, declined to even attend the proceedings” in Glasgow, Obama said.

Their “national plans so far reflect what appears to be a dangerous lack of urgency and willingness to maintain the status quo on the part of those governments, and that’s a shame”.

The Democratic former President, speaking on the main stage at the Cop26 climate summit, also took aim at domestic lawmakers from the Republican Party.

Obama said both he and current Democratic President Joe Biden had been “constrained in large part by the fact that one of our two major parties has decided not only to sit on the sidelines but express active hostility toward climate science and make climate change a partisan issue”.

“For those listening back home in the US, let me say this: It doesn’t matter if you’re a Republican or a Democrat if your Florida house is flooded by rising seas, or your crops fail in the Dakotas or your California house is burning down.

“Nature, physics, science, do not care about party affiliation,” he said.

Obama threw his support behind those on the frontline of global warming, calling for action by rich nations to end years of deadlock with developing countries over cash for climate change.

“We have to act now to help with adaptation and resilience,” Obama told a meeting of island nations at the summit, adding that his views on the immediacy of the threat had been shaped by his experience growing up in Hawaii.

The failure of rich nations to make good on promises to provide help for developing countries has fuelled mistrust, and is seen as a major obstacle to progress in cutting emissions.

Online activist network Avaaz released a video showing Obama had made the same call for action not words to help poor nations as long ago as 2009.

“Everyone knows what is to be done,” said Kenyan environment minister Keriako Tobiko.