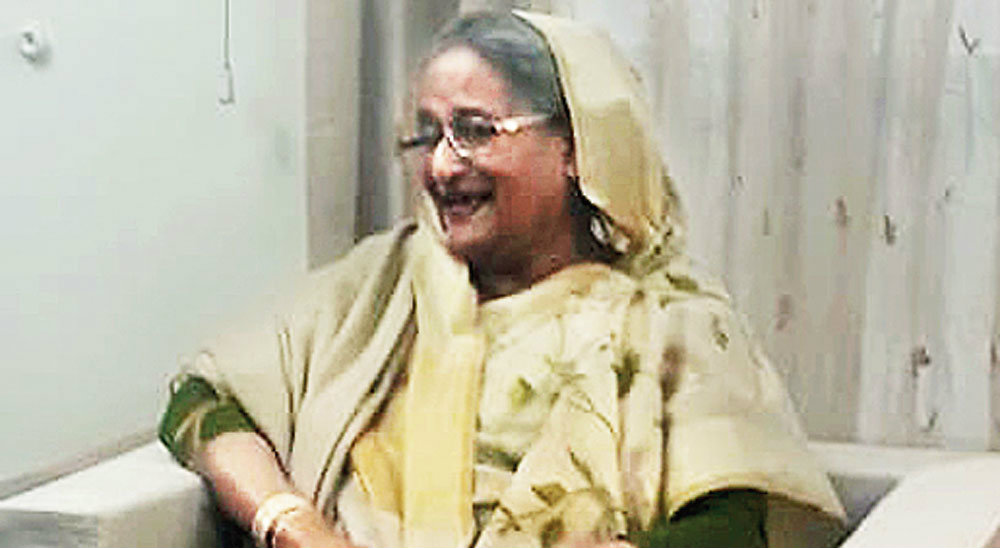 Bangladesh Prime Minister Sheikh Hasina, who won a historic fourth term, becoming the country’s longest-serving leader, has indicated that she will retire after the current term to promote younger leaders, according to a media report.

In an interview with the German broadcaster Deutsche Welle (DW) 71-year-old Hasina, who assumed office just a month ago for the fourth time as Prime Minister, said she wanted to retire after the five-year term, the Bangladesh daily Dhaka Tribune reported.

“It’s the third consecutive term and before that I was Prime Minister (1996-2001), so it’s my fourth term. I don’t want to continue for more (time). I think that everybody should take a break so we can accommodate the younger generation,” she said.

On Tuesday, at a cultural event in Gazipur, the Prime Minister said she would like to go back to her ancestral village of Tungipara in Gopalganj to spend her retirement.

Hasina, the daughter of Bangladesh’s founder Bangabandhu Sheikh Mujibur Rahman, won the 11th parliamentary elections in December last year with a landslide victory even as Opposition Bangladesh Nationalist Party rejected the polls marred with violence that claimed 18 lives, making it one of the deadliest polls in the country.

Her arch-rival ex-Premier and BNP chief Khaleda Zia, who has been serving a 17-year sentence for corruption, was barred from contesting the polls.

Asked about her plans about the rest of her tenure, Hasina said the fight against poverty will continue to be her first priority.

“Food security, housing, education, healthcare, job opportunities; these are basic needs,” she said, “Definitely, every human being wants a better life… We have to ensure that.”

Security was tight on Friday in Bangladesh as hundreds of thousands of people gathered for a Muslim gathering rivalling the Haj in Mecca for size.

The Biswa Ijtema, or the World Congregation, draws up to three million Muslims from Bangladesh and abroad on the banks of the river Turag at the factory town of Tongi.

The annual gathering, which takes place some 25km north of Dhaka, was launched by the Tablig Jamaat group in 1964.

However, tension has been running high ahead of this year's four-day event after violent clashes between two Bangladeshi rival factions left one person dead and dozens injured in December.

The congregation, which is normally held in January, was postponed following the violence, prompting Bangladesh authorities to hold several rounds of meetings with rival factions to broker peace.

Police said they would deploy hundreds of officers including many in plainclothes at the congregation ground to prevent any repeat of the clashes. “We have adequate preparations to make the congregation peaceful,” Benazir Ahmed, head of elite police unit, said.

Ahmed urged the two factions to “forget division and dispute”, warning that any “accident” in the congregation.