Army chief should be appointed on merit, says Imran Khan

Addressing a rally in Punjab's Chakwal district, the ousted prime minister also talked about traitors who toppled his government 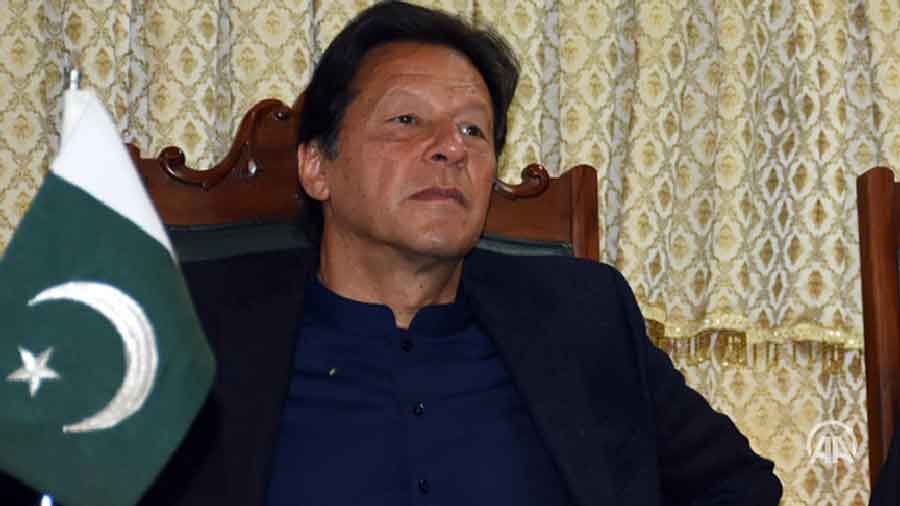 Pakistan's former prime minister Imran Khan on Monday reiterated that the new army chief should be appointed on merit, asserting that the coalition government should not be allowed to appoint the next head of the powerful army.

Addressing a rally in Punjab's Chakwal district, he also talked about the traitors who toppled his government and the failure of the current government to fix the economy.

"Army chief should be appointed on merit and I believe only those nations prosper which follow merit, Khan said.

Army chief General Javed Bajwa, 61, would retire on November 29 and his successor is expected to be announced by Prime Minister Shehbaz Sharif who is legally authorised to appoint the army chief.

No country can prosper without meritocracy. You have no future when our 60% cabinet members are out on bail and our leaders are Nawaz Sharif and Asif Zardari, he said.

Khan also said that the nation will not forget those traitors who imposed this "imported government" upon them, accusing the incumbent rulers of destroying the country's economy.

I will not accept these thieves and will continue to compete with them and their backers till I am alive, he said.

Khan said all sectors of the economy were flourishing during his tenure when the then opposition along with the conspirators toppled his government which he said triggered economic crisis in the country.

They run a propaganda campaign against my government with the help of their paid media houses that the country's economy was sinking during my tenure, he said.

While addressing the traitors', Khan said: The nation and Allah will not forgive you for subjecting the country to oppression by imposing thieves upon the masses. He, however, didn't explain whom he was terming as traitor.

He said that government committed an economic murder of the farmer, while exports were falling, industry was shutting down and unemployment was rising.

However, the US as well as the Pakistan Army rejected the claims.