Ive was responsible for the look and feel of the iPhone and the iMac; he also helped design Apple’s new headquarters 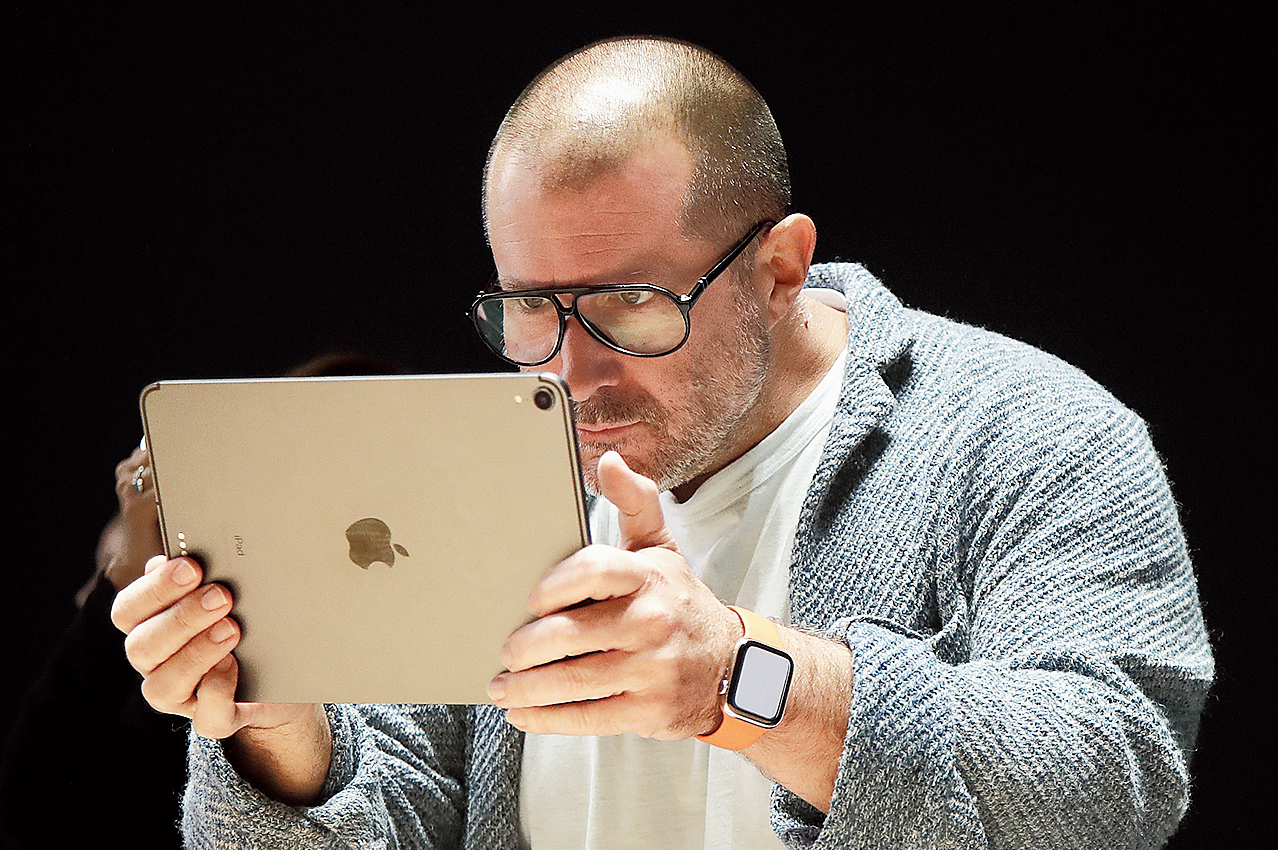 Jony Ive, Apple’s chief design officer and one of the most influential executives in the history of the Silicon Valley giant, is leaving the company.

Ive will depart this year to start his own design company, Apple said on Thursday. Through his new firm, LoveFrom, Ive will continue to work on a wide range of Apple products, the company said.

“Jony is a singular figure in the design world, and his role in Apple’s revival cannot be overstated,” Tim Cook, Apple’s chief executive, said in a statement.

Ive, who has worked at Apple for nearly three decades, was responsible for the look and feel of many iconic Apple products, including the iPhone and the iMac. He also helped design Apple’s new headquarters, a futuristic, flying-saucer-like glass building that has become one of the most distinctive structures in Silicon Valley.

Apple’s design team will now be led by Evans Hankey, an industrial designer at the company, and Alan Dye, previously a creative director at Apple. They will report to Jeff Williams, Apple’s chief operating officer, who oversaw the creation of the Apple Watch.

Apple’s share price was down more than 1 per cent in after-hours trading after Ive’s departure was announced.

Apple has struggled in recent quarters with slumping iPhone sales and a significant drop in revenue across the China region. In April, when Apple last reported its quarterly financial results, profit dropped 16.4 from the same quarter a year earlier, and iPhone sales dropped 17.3 per cent.

Revenue from online services, including Apple’s App Store, was on the rise. But the hardware business that defined Apple — and the career of Ive — has slowed. The Apple Watch has been a modest success, but it has not captured the market or the popular imagination in the way that the iPhone and the iMac did when they were released.

Apple did not make Ive available for comment on Thursday evening.

Born and raised outside London, Ive joined Apple in 1992, when the company was nearing its lowest ebb. One of his first projects was the Apple Newton, an early hand-held computer that, while innovative, was bulky and too expensive to find a mainstream audience.

It was considered a bust.

But Ive became a key player in the company’s revival after its founder Steve Jobs returned in 1997.

Jobs and Ive often met for lunch, and at the end of each day, the chief executive would visit Ive’s Apple design studio, according to Walter Isaacson’s biography Steve Jobs.

“The difference that Jony has made, not only at Apple but in the world, is huge,” Jobs told Isaacson.

“He understands what we do at out core better than anyone.”

As the head of Apple’s industrial design team, Ive helped shape the original iMac, a clear plastic bubble of a personal computer that marked a return to form for the company. After the iMac, he played a vital role in Apple’s breakout products.

From the iPod music player to the iPhone to the iPad tablet, Apple redefined personal computing over the next decade or so and became one of the most profitable and valuable companies in the world.

Industrial design — how the look, feel and behaviour of a product are defined by its creators — has long been a key part of the Apple ethos.

“This is part of Steve’s legacy,” Ive told The New York Times in an interview in 2014. “Deep in the culture of Apple is this sense and understanding of design, developing and making. Form and the material and process — they are beautifully intertwined — completely connected.”

In 2012, after the success of the iPad, Ive was knighted in Britain.