The year whose anniversary we have arrived at is unprecedented in human annals. Nothing has shaken and stalled this planet as completely and comprehensively as the coronavirus. It’s been a forgettable time, and yet a time worth never forgetting. As we await happy news of a vaccine rollout soon, we recall key markers of how the earth was taken, how it fumbled and fought, how it might yet relieve itself of a never-before killer grasp 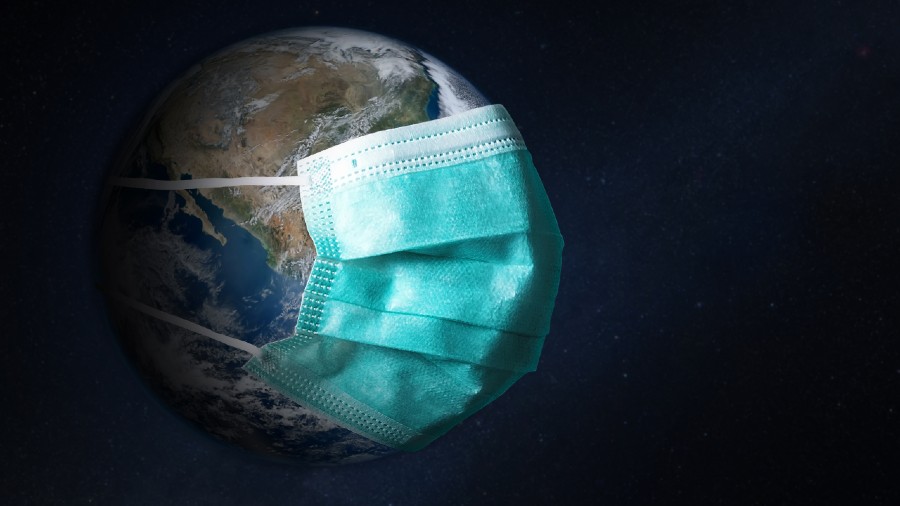 By end-December 2019, there is a cluster of cases of pneumonia in Wuhan city of China’s Hubei province. Wuhan doctor Ai Fen posts an image of a diagnostic report of a patient; it shows a pneumonia infection caused by a Sars-like coronavirus. Ophthalmologist and Ai’s colleague Li Wenliang raises alarm. In the first week of January, a laboratory in Shanghai detects a coronavirus similar to Sars and by the third week, human to human spread is announced. Around this time, Wuhan is quarantined.

For the longest time, the popular theory of the origin of the coronavirus was pinned onto Shi Zhengli, who heads a group that studies bat coronaviruses at China’s Wuhan Institute of Virology. The other theory was that the virus jump from bat to humans happened at the Huanan Seafood Wholesale Market. Shi denied the rumours and eventually it was established that up to 45 per cent of the first confirmed patients did not have anything to do with the market. In April, General Mark Milley of the Pentagon told media that the “weight of evidence” pointed towards “natural” origins of the outbreak.

January 30 – The World Health Organization (WHO) declares a global emergency

February 2 – First death outside China, in the Philippines

More than 100 countries responded by pulling down shutters, going into full or part lockdown by the end of March 2020. It was as if the world had come to a halt. Reopening was slow, and cautious, and never quite complete, never to pre-Covid conditions. Currently, with Europe experiencing a second wave of Covid-19, many countries are going under lockdown again.

Confirmed cases on May 17

The costs went beyond just human health and well-being. Economies around the globe were slammed. The second quarter (April-June) of 2020 saw a loss of 400 million full-time jobs, according to the International Labour Organization. “We anticipate the worst economic fallout since the Great Depression,” Kristalina Georgieva, managing director of the International Monetary Fund, said.

⦿ Finding themselves out of any Covid-19 emergency plan, more than one crore migrants undertook gruelling journeys home at the height of summer. Tens of thousands suffered scars, many died en route.

Be it New Zealand or Taiwan or even Germany till September end, wherever the pandemic was arrested, the formula seems to have been the same — political leadership working in close consultation with scientists and experts; clear and incessant communication between state and people about coronavirus protocol and the need to adhere to it. New Zealand’s director-general of health Ashley Bloomfield appears alongside Prime Minister Jacinda Ardern at daily press conferences. Chancellor of Germany Angela Merkel relies on Christian Drosten, head of virology at a hospital in Berlin. President of Taiwan Tsar Ing-wen, herself an epidemiologist, enforced lockdown and travel restrictions even before Wuhan did.

In the US, in 2018, Donald Trump disbanded the White House team in charge of pandemic response, he also trimmed funding to agencies such as the Centers for Disease Control and Prevention. After the pandemic broke out, he refused to take it seriously, more than once ridiculing openly Anthony Fauci, the US’s top infectious diseases expert; he made fun of masks, and defied advisories to the peril of fellow Americans. Testing failure, politics over policy and delayed responses and travel bans made for 2,76,316 deaths and counting. Trump even said, “If I listened totally to the scientists, we would right now have a country that would be in a massive depression.” He himself tested positive.


It’s going to disappear. One day, it’s like a miracle, it will disappear
- Trump, President of the US, in February | Got It


I can tell you I am shaking hands continuously
- Boris Johnson, British Prime Minister, in March | Got covid


Brazilians need to be studied. They don’t catch anything. You see the guy jumping in the sewer, diving in. And nothing happens to him
- Jair Bolsonaro, President of Brazil, in March | Got covid


In Brazil, President Jair Bolsonaro too remained in denial about the virus. The two health ministers, both medical doctors by training, were replaced by military man Eduardo Pazuello, who reportedly advocated expanded access to chloroquine and allowed it to be prescribed to anyone who tests positive for the coronavirus. Both Bolsonaro and Pazuello tested positive at different points.

In India, the Narendra Modi government did not make light of the pandemic, but it dragged its feet on the issue. The first case was confirmed on January 30 in Thrissur, Kerala. The Trump extravaganza was unfurled in February; multiple thousands came to a “Kem Chho Trump” rally in Ahmedabad, which soon became a Covid hotspot. Parliament continued to be in session till March 23. By then there were 400-plus cases and nine recorded deaths. The country went into lockdown on March 25, hours after the announcement by the PM. The Centre invested too much in bombast and bravado and far less in testing, planning and communicating.

All over the world there are 150-plus coronavirus vaccines being developed. And though there is a race of sorts among them, it is useful to know that it typically takes, at least, a decade of research before a vaccine can enter the market. During this time, a vaccine goes through three stages of clinical trial before being pushed ahead for approval. The fastest vaccine to be developed ever was the mumps vaccine — four years — and the Ebola vaccine was five years in the making. The front runners Covid-19 vaccine candidates are Pfizer-BioNTech and Moderna, and then there is the AstraZeneca vaccine of Oxford (Pune’s Serum Institute is a collaborator-producer)  and Russia’s Sputnik V.

Who gets it first?

Slots have already been carved up between the US, UK, EU, Japan, Canada and Switzerland. And WHO is working with the Coalition for Epidemic Preparedness Innovations or Cepi and Gavi, the Vaccine Alliance, for a more even distribution. And how much they will cost to the final recipient will depend on individual countries and governments. Norway has said it will provide its people the vaccine free of charge. So did the BJP, as a poll promise for the people of Bihar. The first certified vaccines are to roll out in the US and the UK this coming week.