Nuclear engineering graduate to head to her first posting in Okinawa, Japan, in January 2021 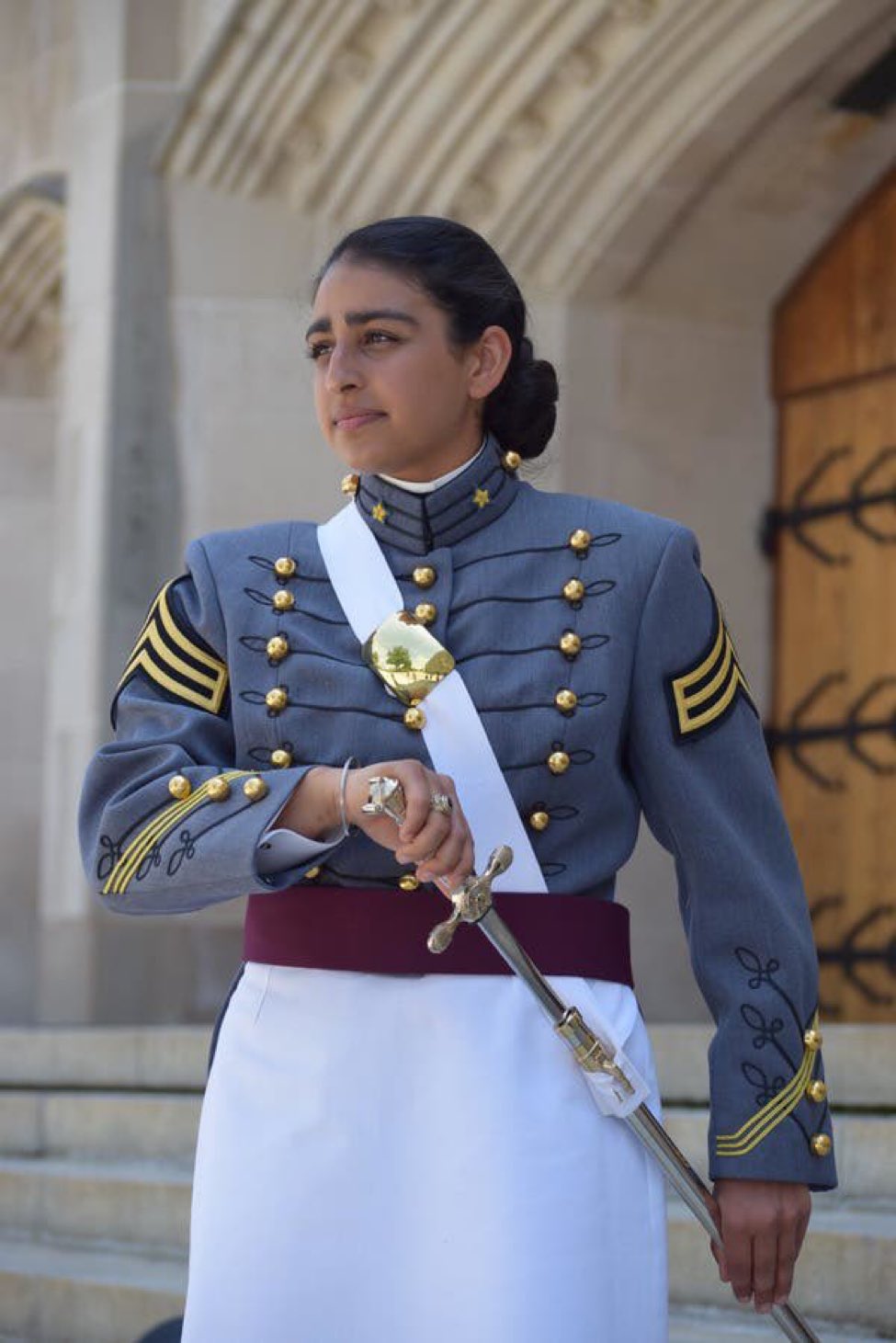 US president Donald Trump will deliver remarks at the 2020 US Military Academy at West Point graduation ceremony.

'I am excited and honoured to be fulfilling my dream of graduating from West Point on Saturday,' Narang said in a statement on the eve of the historic occasion.

“I am excited and honored to be fulfilling my dream of graduating from West Point,” said Second Lt. Anmol Narang. "I am showing other Sikh Americans that any career path is possible for anyone willing to rise to the challenge.” https://t.co/7oJx6PqE2k

The confidence and support of my community back home in Georgia has been deeply meaningful to me, and I am humbled that in reaching this goal, I am showing other Sikh Americans that any career path is possible for anyone willing to rise to the challenge, she said.

Narang will complete her Basic Officer Leadership Course at Fort Sill in Lawton, Oklahoma. Following the successful completion of BOLC, she will then head to her first posting in Okinawa, Japan, in January of 2021, according to the non-profit organisation Sikh Coalition.

A second-generation immigrant born and raised in Roswell, Georgia, Narang had an early appreciation for military service due to her maternal grandfather's career in the Indian Army.

After she developed an interest in military service during high school, she began the process to apply for the West Point after her family visited Pearl Harbor National Memorial in Honolulu, Hawai'i.

She attended one year of undergraduate study at the Georgia Institute of Technology before transferring to West Point, where she proceeded to study nuclear engineering and pursue a career path in air defense systems, the media release said.

In 1987, the US Congress passed a law that prohibited Sikhs and several other religious communities from maintaining their articles of faith while in the military, despite a history of diverse service and simple accommodations.

The Sikh Coalition said that for 30 years, the visible Sikh articles of faith--including unshorn facial hair and turbans--were banned, despite being core tenets of the faith.

In response, for more than 10 years, the Sikh Coalition has led a campaign, in partnership with other Sikh and civil rights organisations, litigation partners, and like-minded advocates, to ensure equality of opportunity for Sikhs Americans in the US Armed Forces.

While 2LT Narang required no accommodation for her articles of faith, her exemplary service to date underscores how diversity and pluralism remain core strengths of the US military and the country as a whole, Sikh Coalition said.

'I am immensely proud of 2LT Narang for seeing her goal through and, in doing so, breaking a barrier for any Sikh-American who wishes to serve,' said US Army Captain (CPT) Simratpal Singh, a family friend of 2LT Narang.

The broader acceptance of Sikh service members among all of the service branches, as well as in top tier leadership spaces like West Point, will continue to benefit not just the rights of religious minority individuals, but the strength and diversity of the US military, he said.

Singh's 2016 suit over his own right to maintain his articles of faith in uniform spurred a critical change in the Army's accommodations policy in 2017, which streamlined the accommodations process for Sikh soldiers and ensured that accommodations would stay with them throughout their career.

In 2020, after granting a series of individual accommodations to Sikh airmen throughout the year prior, the U.S. Air Force implemented a similarly updated policy.

Since the Army and the Air Force changed their policies, there are at least 60 observant Sikhs serving in those two branches of the military. Meanwhile, the work continues to ensure equality of opportunity for Sikhs in the US Navy, Marine Corps, and Coast Guard, the media release said.