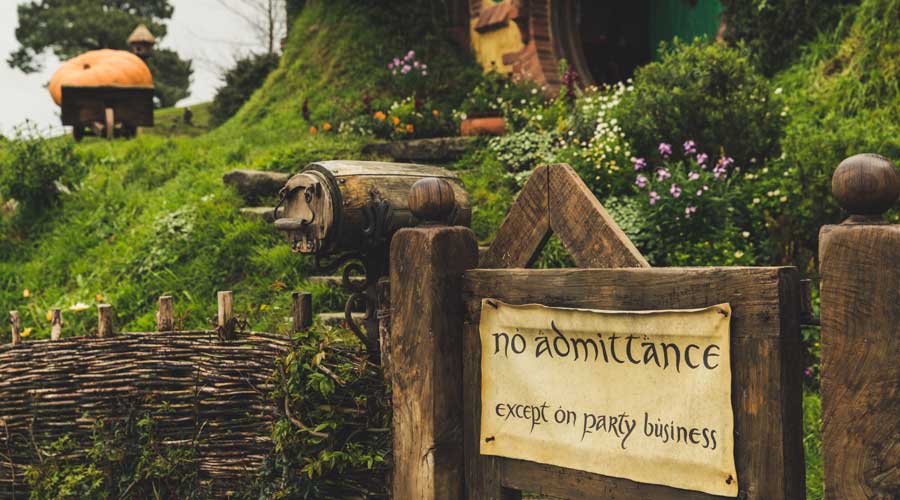 Britain’s culture secretary has expressed delight at the decision by Amazon Studios to move filming of the television adaptation of J.R.R. Tolkien’s The Lord of the Rings from New Zealand to the UK.

Oliver Dowden said: “Thousands of high quality jobs all across the UK will be created and supported by The Lord of the Rings television series so this is very exciting news.

“With our strengths in talent, production and the great environment created by UK government initiatives, including the creative tax reliefs and the Film and TV restart scheme, it’s clear that we are attracting the very best content makers in the world to our shores.”

Covid appears to be one reason for the shift, with New Zealand’s Prime Minister Jacinda Ardern announcing the country’s borders will remain closed until at least the end of the year.

But Amazon Studios, the film and TV arm of the technology giant, said the shift in location was part of a plan to expand its production space and consolidate its “footprint” in the UK.

Whatever the reason, Britain’s gain signifies a severe loss for New Zealand, whose $1 billion a year tourist industry has benefited from a 20-year relationship with the very profitable film franchise.

Stuart Nash, New Zealand’s economic development minister, admitted he was “gutted” by Amazon’s move, with the production estimated to support around 2,000 jobs in the country.

The TV adaptation is set in the second age of Middle Earth, thousands of years before the events in Tolkien’s books. Amazon bought the television rights for The Lord of the Rings for $250 million in November 2017, making a five season production commitment worth at least $1 billion.

The first series, with eight episodes, has already been filmed in New Zealand and will be shown on Prime Video in September 2022.

Production was placed on hold in March last year because of the Covid pandemic, but resumed in September before wrapping in August 2021.

The second and subsequent three series will be shot in Britain, which, according to Tolkien enthusiasts, was where the author had imagined Middle Earth to be the location.

The Shire is often thought to have been based on the author’s native Worcestershire, while White Horse Hill in Oxfordshire has been suggested as the inspiration for Barrow Downs, where the hobbits are captured in The Fellowship of the Ring.

In a letter to his publishers, John Ronald Reuel Tolkien wrote that The Shire – the home to the “little people” better known as hobbits – was “more or less a Warwickshire village of about the period of (Queen Victoria’s) Diamond Jubilee” in 1897.

Although born in South Africa in 1892, Tolkien moved to England at the age of four with his mother and brother after the death of his father. They lived in and around Birmingham, including at the village of Sarehole, which, like the fictional Hobbiton, had a corn-grinding mill by the water.

In a newspaper interview Tolkien fondly recalled the area, saying The Shire was “inspired by a few cherished square miles of actual countryside at Sarehole”.

Amazon was already receiving a 20 per cent rebate on its expenses for filming The Lord of the Ring TV series in New Zealand before the government added an extra 5 per cent.

Amazon said it would not “actively pursuing the additional 5 per cent subsidy, which appears to have been withdrawn, anyway.

Vernon Sanders, vice president and co-head of TV at Amazon Studios, said: “We want to thank the people and the government of New Zealand for their hospitality and dedication and for providing the Lord of the Rings series with an incredible place to begin this epic journey.

“We are grateful to the New Zealand Film Commission, the Ministry of Business, Innovation and Employment, Tourism New Zealand,

Auckland Unlimited, and others for their tremendous collaboration that supported the New Zealand film sector and the local economy during the production of season one.”

The UK offers a tax rebate of 25 per cent on TV programmes that cost more than £1 million per hour to make, which Amazon’s vast budget for the second series will likely exceed, and the streaming company has staff already on the ground in Britain.