Alarm and fear in Europe over Amazon fires 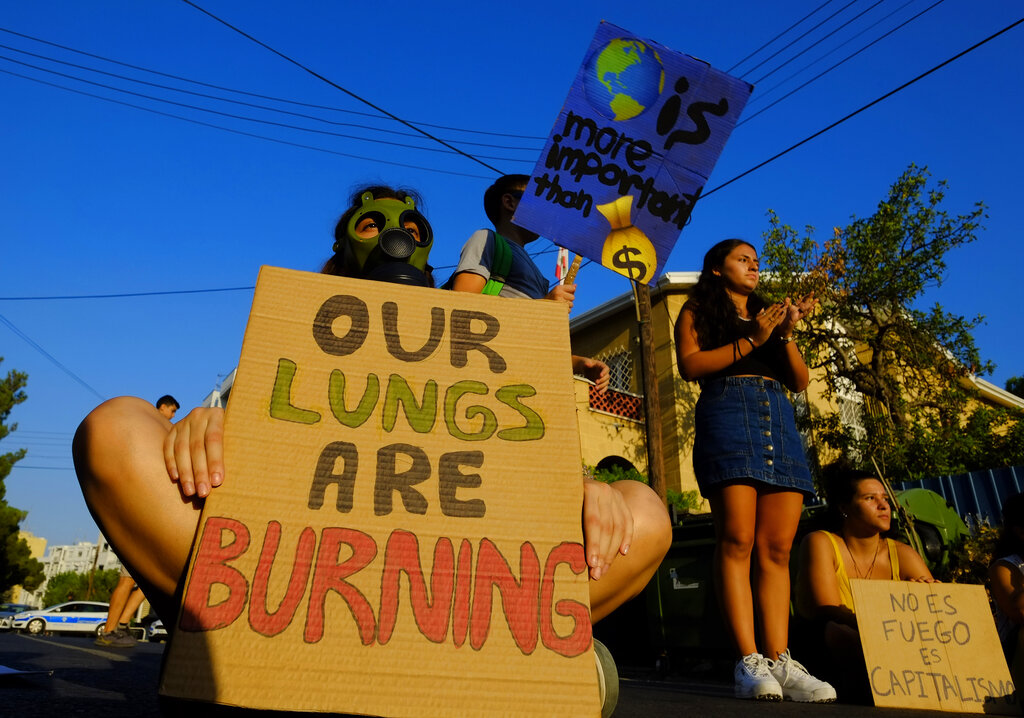 The fires have prompted a widespread backlash against Brazil and its far-Right President, who has cut back on protection of wild lands and wants to open more rain forest to farming and ranching.
AP
Richard Pérez-Peña And Matina Stevis-Gridneff/ NYTNS   |   London   |   Published 23.08.19, 09:47 PM

European leaders have reacted with growing fear and anger to the fires ravaging Brazil’s rainforest, calling it a worldwide crisis that is accelerating global warming — and one that Brazil’s leader appears unwilling to combat.

President Emmanuel Macron of France went so far, on Friday, as to accuse President Jair Bolsonaro of Brazil of lying about being committed to fighting climate change and protecting the Amazon forest.

As a result, Macron said, he would try to kill a major trade deal between Europe and South America that has been years in the making.

Macron’s statement was an escalation in a series of sharp comments and accusations he has traded with Bolsonaro, an unusually harsh exchange between the leaders of two democracies.

The French President and Chancellor Angela Merkel of Germany both said that the Amazon fires should be added to the agenda of the Group of 7 summit meeting being held this weekend, and that Bolsonaro replied by telling them to keep their noses out of Brazil’s business.

The fires have prompted a widespread backlash against Brazil and its far-Right President, who has cut back on protection of wild lands and wants to open more rain forest to farming and ranching.

Environmentalists and celebrities have called for a boycott of the country, and Germany and Norway have halted payments to a $1.2 billion Amazon conservation programme after Bolsonaro’s government interfered with its leadership.

While many of the fires have been set by farmers on lands that were previously cleared, others were set by people clearing rain forest anew, for crops or pastures. The number of fires has increased sharply this year, and environmentalists say Bolsonaro’s government has enabled and even encouraged the destruction, which it denies.

Bolsonaro claimed this week that non-governmental organisations had set fires to make his administration look bad, in retaliation for having their government grants cut, but conceded that he had no evidence for the accusation.

He said that his country did not have the resources to fight the fires effectively.

The Amazon forests are an important global repository of carbon, and when trees are burned they release carbon dioxide, the primary greenhouse gas, into the atmosphere. In addition, deforestation threatens indigenous peoples and wildlife found only in that region. On Thursday, Macron tweeted: “Our house is burning. Literally. The Amazon rain forest — the lungs which produces 20 per cent of our planet’s oxygen — is on fire. It is an international crisis.”

He said the Group of 7 should take up the matter at its meeting, which begins Saturday in Biarritz, France.

Bolsonaro accused Macron of trying to use the issue “for personal political gain”. The idea of major powers discussing a Brazilian problem without including Brazil, which is not a Group of 7 member, “evokes a misplaced colonialist mind-set”, he wrote.

But it soon became evident that Macron was not alone. The UN secretary general, António Guterres, said, “in the midst of the global climate crisis, we cannot afford more damage to a major source of oxygen and biodiversity”.

On Friday, Steffen Seibert, a spokesman for Merkel, said at a news media briefing that “the extent of the fires in the Amazon area is shocking and threatening, not only for Brazil and the other affected countries, but also for the whole world.”

Like Macron, he said, “the chancellor is convinced that this acute emergency” should be on the Group of 7 agenda.

A spokesperson for the European Commission called the fires in Brazil “deeply worrying”, adding that “greenhouse gas emissions linked to deforestation are the second-biggest cause of climate change, so protecting forests is a significant part of our responsibility to meet the commitments under the Paris Agreement”.

Macron raised the stakes on Friday by taking a stand against one of the biggest trade agreements in history, between the EU and Mercosur, the trading region that includes Brazil, Argentina, Paraguay and Uruguay. The deal would lift tariffs on about $1 trillion worth of trade.