A US resident runs out of options in Kabul

About 6,000 Americans, the vast majority of them dual US-Afghan citizens, were evacuated after August 14 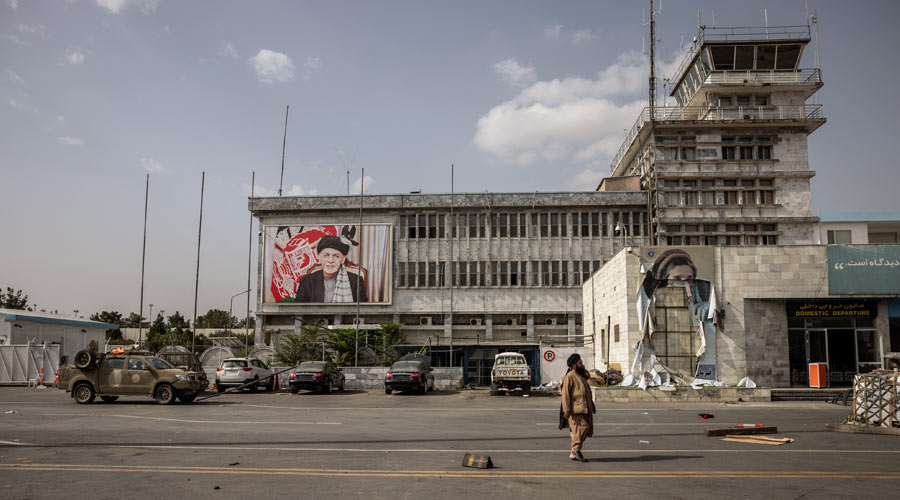 For more than a week, Samiullah Naderi, a US legal permanent resident, waited days and nights with his wife and son outside the airport in Kabul, Afghanistan, hoping to be let in so that they could leave on one of the dozens of daily flights headed to America.

“It’s 50 feet away,” Naderi, 23, known as Sammy, said Sunday night in a short telephone interview, speaking in halting English, as gunfire crackled in the background. “Maybe the Taliban will let me inside — maybe.”

But on Monday, after being told that no more people would be allowed inside the airport gate, Naderi and his family returned to their apartment in Kabul with no clear path back to Philadelphia, where he has been living since last year.

“All flights are closed,” he said with an incredulous laugh. “I am scared.”

Naderi is among at least hundreds of US citizens and potentially thousands of green card holders who are stranded in Afghanistan at the end of a 20-year war that culminated not in a reliable peace, but with a two-week military airlift that evacuated more than 123,000 people.

The evacuations continued through the last US military flight out of Kabul, which departed on Monday night, as the Biden administration pledged to help as many as 200 Americans who remained escape from what they fear would be a brutal life under Taliban rule.

“The bottom line: Ninety percent of Americans in Afghanistan who wanted to leave were able to leave,” President Biden said on Tuesday. He said the US government alerted Americans 19 times since March to leave Afghanistan.

“And for those remaining Americans, there is no deadline,” he said. “We remain committed to get them out if they want to come out.”

About 6,000 Americans, the vast majority of them dual US-Afghan citizens, were evacuated after August 14, secretary of state Antony J. Blinken said on Monday. The state department has not provided numbers for how many permanent legal US residents have also been evacuated or — as in  Naderi’s case — failed to get on a flight out. Immigration and refugee advocacy groups estimated that thousands remained.

Blinken described “extraordinary efforts to give Americans every opportunity to depart the country”, as diplomats made 55,000 calls and sent 33,000 emails to US citizens in Afghanistan, and in some cases, walked them into the Kabul airport.

“We have no illusion that any of this will be easy or rapid,” Blinken said at the state department’s headquarters in Washington. “This will be an entirely different phase from the evacuation that just concluded. It will take time to work through a new set of challenges.”

Several members of Congress had demanded that the US military stay in Afghanistan until American citizens, permanent residents and an estimated tens of thousands of Afghans eligible for special immigrant visas could be evacuated. But by this weekend, the lawmakers sounded resigned in acknowledging that many would be left behind.

“Our team will continue to work to safely evacuate American citizens and Afghan allies and to reunite families and loved ones,” Senator Jeff Merkley, Democrat of Oregon, said on Twitter late Sunday night. “I urge the state department and the rest of our government to continue to use every tool possible to get folks to safety, deadline or not.”

Senator Ben Sasse, Republican, excoriated Biden’s remarks on Tuesday as a show of “callous indifference to the Americans he abandoned behind enemy lines”. “He promised the American people that our troops would stay until every American was out,” Sasse said.