A Gaza invasion that wasn’t 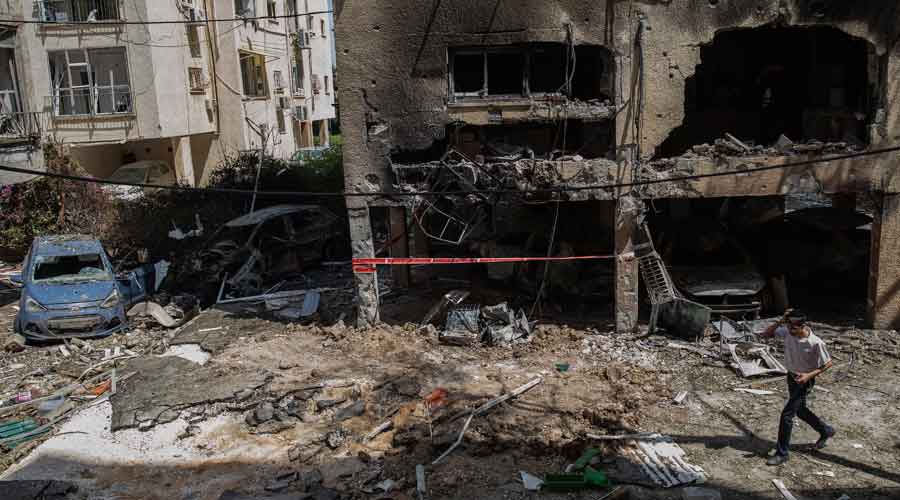 The Israeli military abruptly announced after midnight on Friday that its ground forces had begun “attacking in the Gaza Strip”, saying it on Twitter, in text messages to journalists, and in on-the-record confirmations by an English-speaking army spokesman.

Within hours, those reports were all corrected: No invasion had taken place. Rather, ground troops had opened fire at targets in Gaza from inside Israeli territory, while fighters and drones were continuing to attack from the air. A top military spokesman took responsibility, blaming the fog of war.

But by Friday evening, several leading Israeli news outlets were reporting that the incorrect announcement was no accident, but had actually been part of an elaborate deception.

The intent, the media reports said, was to dupe Hamas fighters into thinking that an invasion had begun and to respond in ways that would expose far greater numbers of them to what was being called a devastatingly lethal Israeli attack.

The military’s English-language spokesman, Lieutenant Colonel Jonathan Conricus, insisted that the false announcement had been his own mistake, but an honest one, telling foreign correspondents in a tense conference call early on Friday evening that he had misunderstood information coming in “from the field” and had released it without adequately verifying it.

But in the Hebrew-language press, the military was simultaneously being praised for luring Hamas fighters into a network of tunnels in northern Gaza that was pounded by some 160 Israeli jets in a fury of airstrikes beginning around midnight.

“This is how the tunnels became death traps for terrorists in Gaza,” Israel’s Channel 12 news station headlined a report by its military reporter, which called the spread of misinformation to foreign journalists a “planned ploy”.

The Israeli press cited the military as saying the plan had worked. That claim could not be independently verified.

But the possibility that the military had used the international news media to rack up a bigger body count in Gaza generated sharp questions for Colonel Conricus in the conference call. Israeli officials insisted that the call be held off the record, but a Times reporter who did not join the call obtained a recording of it from another news organisation.

Representatives of The Times, The Washington Post, The Wall Street Journal, National Public Radio and Agence France-Presse, all of which had mistakenly reported a ground invasion early on Friday, peppered him with questions about whether they had been turned into accessories to the military, why it had taken hours for the invasion report to be reversed, and how they would be able to trust the military’s statements going forward.

Colonel Conricus, a veteran officer and spokesman with a reputation for precision in what he knows and doesn’t know, said there had been no “attempt to try to fool anybody or to cause you to write anything that isn’t true”, adding: “I can understand that it may look differently.” He called it “frankly embarrassing”.

But Colonel Conricus, who is set to retire from the military at the end of June, also acknowledged that the military had indeed sought to deceive fighters in Gaza, through tactics like noisily moving large numbers of tanks and other armoured vehicles up to the border — as if an invasion were indeed occurring.

The objective, he said, was to induce Hamas anti-tank missile crews to emerge from their hiding places and begin shooting at Israeli forces, allowing their positions to be detected and destroyed — and to trick other Palestinian fighters to stream into the underground tunnel network, which Israel generals were confident they could now destroy from the air.

“Nobody here on this call are the target audience,” Colonel Conricus said. “The target audience are hopefully the dead terrorists that are now lying inside the tunnel. What the IDF wanted to create was a situation where they went down into the tunnels so that we could attack them.”

But that prompted objections from several correspondents, particularly those from organisations with staff members in Gaza, saying it put them at greater risk.

In an interview, Daniel Estrin, NPR’s correspondent in Jerusalem, expressed frustration. “If they used us, it’s unacceptable,” he said. “And if not, then what’s the story — and why is the Israeli media widely reporting that we were duped?”