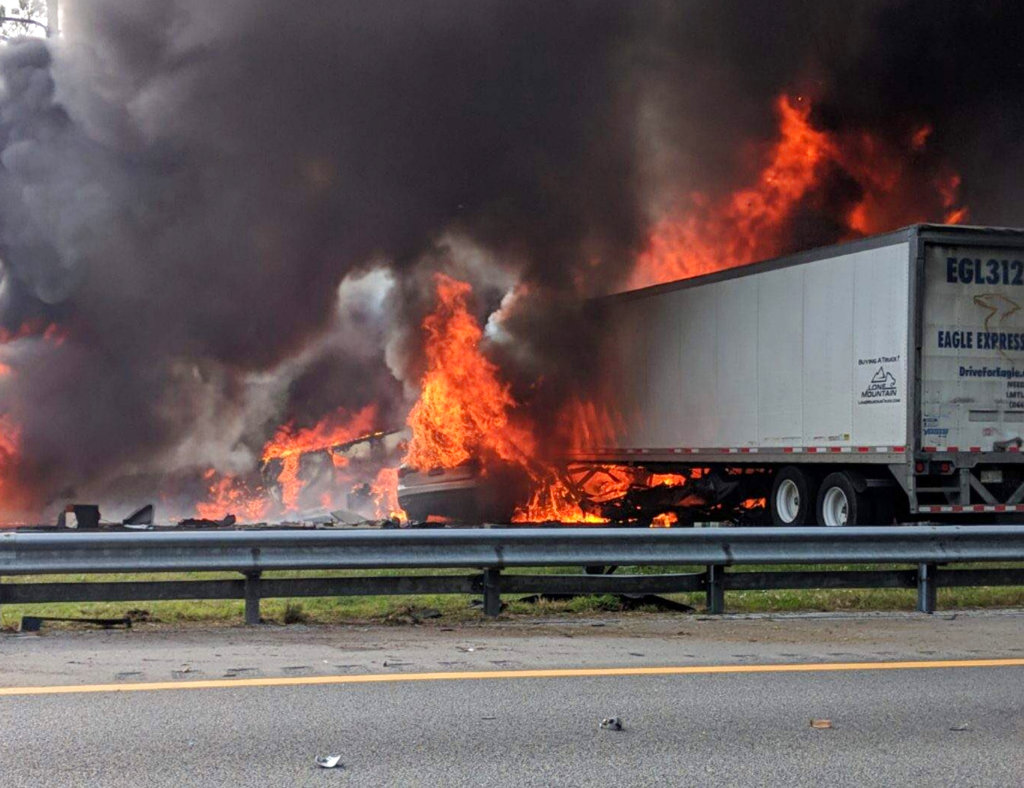 The wreck happened on Interstate 75 about 1.6 km south of Alachua, near Gainesville. The flames were fed by about 189 litres of diesel, authorities said.

Several others were taken to the hospital, some with critical injuries, the Gainesville Sun reported. Authorities initially said six had died but late on Thursday night revealed a seventh victim had perished.

Emergency crews extinguished the fire and said they were treating the crash as a homicide investigation, but didn't say why. The fire was so intense that authorities said it damaged parts of the road.

A spokesperson for the Florida Highway Patrol told The Associated Press in a phone interview that their top priorities were to conduct a thorough investigation and to identify the deceased victims.

'There's going to be families that need to be notified that their loves ones have perished,' said Lieutenant Patrick Riordan.

It's unclear whether the victims were killed in the wreck or whether they burned in the fire, which would make identification more difficult, he said.

The aftermath closed part of the highway in both directions, causing massive delays.

Debris including personal property and vehicle parts was scattered across the road, the Florida Highway Patrol said.

A helicopter arrived to search for any victims who may have been in nearby woods.