‘The perpetrators of these incidents are... evil elements and serious efforts are being made to arrest and punish them’ 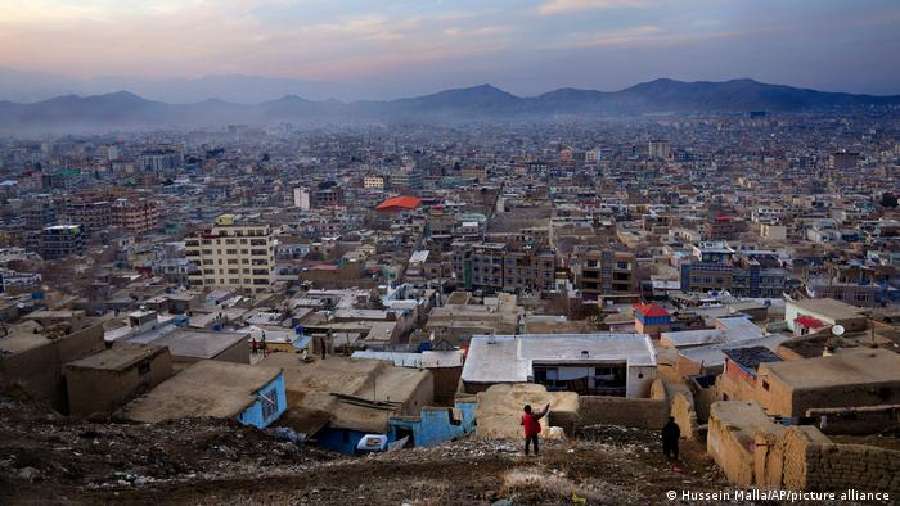 A blast tore through a Sunni mosque during Friday prayers in the northern Afghan city of Kunduz, killing 33 people and wounding dozens more, officials said. Zabihullah Mujahid, spokesman for the Taliban administration, in a Tweet confirmed the death toll and said 43 people had also been wounded.

“The perpetrators of these incidents are... evil elements and serious efforts are being made to arrest and punish them,” he said.  It was not clear who was behind the explosion that the local commander said hit the mosque during Friday prayers.

Several blasts claimed by the Islamic State hit the northern cities of Kunduz and Mazar-i-Sharif on Thursday. One of them, at a mosque and another days earlier at a school in western Kabul, targeted the Shia minority.

Afghanistan’s Taliban rulers say they have secured the country since taking power in August, but international officials.

An Islamic State affiliate on Friday claimed a series of bombings a day earlier that targeted Afghanistan’s minority Shias, while Pakistan issued a warning of IS threats in its eastern Punjab province.

The deadliest of three bombings on Thursday in Afghanistan exploded inside a Shia mosque in northern Mazar-e-Sharif. Hospital officials say at least 12 people were killed and as many as 40 were hurt.

Earlier on Thursday, a roadside bomb exploded near a boys school in the Afghan capital of Kabul, injuring two children in the city’s predominately Shia neighbourhood of Dasht-e-Barchi. A third bomb in northern Kunduz injured 11 mechanics working for the country’s Taliban rulers.

Since sweeping to power last August, the Taliban have been battling the upstart Islamic State affiliate known as Islamic State in Khorasan Province or IS-K.

Pakistan’s National Security Council, a body of top civil and military leaders, on Friday rejected ousted Prime Minister Imran Khan’s accusations that the US had conspired to topple his government through a parliamentary vote of confidence. Reuters