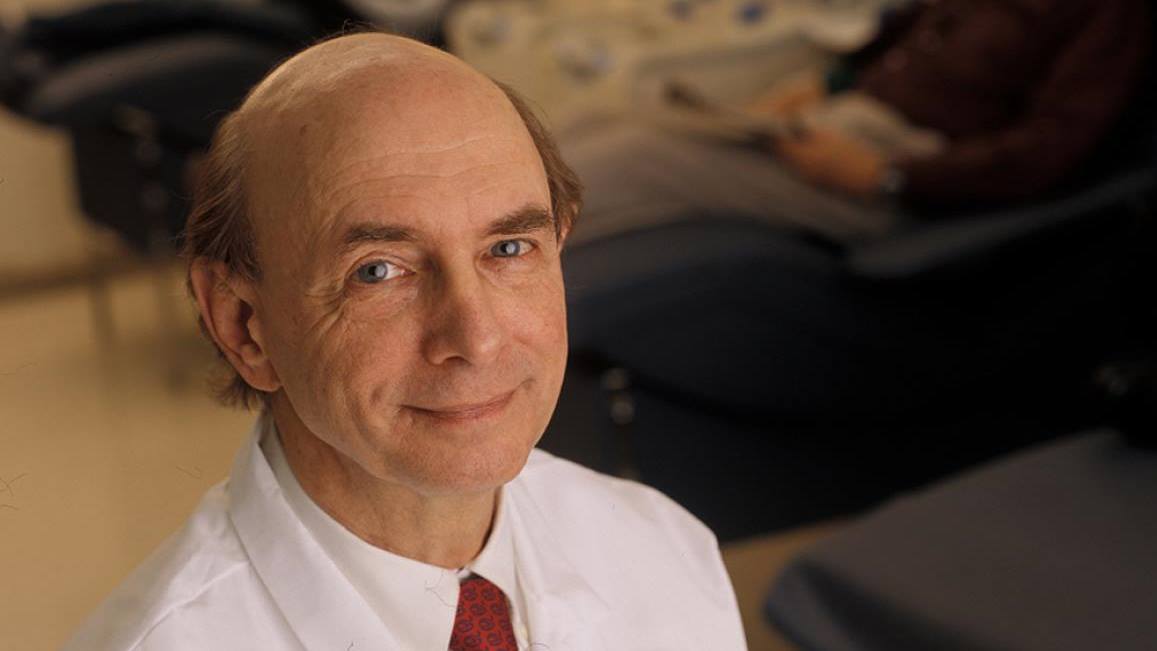 Two Americans and a Briton won the 2020 Nobel Prize for Medicine on Monday for identifying the hepatitis C virus, in work spanning decades that has helped to limit the spread of the fatal disease and develop drugs to cure it.

The discoveries by Harvey Alter, Charles Rice and Briton Michael Houghton mean there is now a chance of eradicating the hepatitis C virus — a goal the World Health Organisation wants to achieve in the next decade.

“It’s so other-worldly — it’s something you don’t think will ever happen,” Alter, 85, said after picking up the phone only after a third pre-dawn call from Stockholm. “It’s the best alarm clock I’ve ever had.”

The trio share the 10 million Swedish crowns ($1.1 million) award for discovering and proving that a blood-borne virus causes hepatitis C, which afflicts 70 million people and causes 400,000 deaths each year.

“(To) go from basically the beginning-part of this discovery to when it can be successfully treated — this is kind of a rare treat for a basic scientist,” Rice, 68, told reporters on a Zoom call.

Nominations for this year’s award preceded the global spread of the new coronavirus pandemic, but the choice of winners recognises the importance of identifying a virus as the first step in winning the battle against a new disease.

Rice said with the strides being made in gene sequencing, it would be possible today for researchers to achieve “spectacular” progress towards developing treatments and vaccines for Covid-19.

It was the second Nobel Prize for Medicine to be awarded for hepatitis research after Baruch Blumberg won in 1976 for determining that one form of blood-borne hepatitis was caused by a virus that came to be known as hepatitis B. The virus that causes hepatitis A, which is easily treated, is transmitted through contaminated water or food.

Nearly 3 million hepatitis C sufferers are co-infected with the human immunodeficiency virus (HIV) that causes AIDS, according to WHO.

The shared prize recognises research dating back to the 1960s when Alter, at the US National Institutes of Health (NIH), found that a liver disease that was not hepatitis A or B could be spread through blood transfusions.

A team led by Houghton, then working for the pharmaceuticals firm Chiron, created a clone of a new virus in the mid-1980s from fragments found in the blood of an infected chimpanzee.

The disease it causes was named hepatitis C. Its identification made it possible to develop tests to screen bloodbank supplies and greatly reduce the spread of the disease, which can cause cirrhosis and liver cancer.

The final piece of the jigsaw puzzle came when Rice, now at Rockefeller University in New York, was able to genetically engineer a version of the hepatitis C virus and demonstrate that it alone could cause symptoms in a chimpanzee comparable to an infection in humans.

Houghton, 69, is a professor of virology at Canada’s University of Alberta. He told reporters the award validated his team’s work on a hepatitis C vaccine, which is now in clinical trials.

While effective antiviral treatments are now available, a course of tablets can cost $30,000 in the US. Flexibility on pricing for poorer countries will be vital to put WHO’s eradication goal within reach, say experts.

“In well-resourced countries that have the political will to do it, we are seeing huge progress,” said Graham Cooke, NIHR Professor of Infectious Diseases at Imperial College, London. In poorer countries, Cooke added, “there are lots of challenges to overcome, but I think it is a realistic ambition”.

Because of the pandemic, the Nobel Foundation has cancelled the banquet that forms the centrepiece of the award ceremonies in Stockholm in December and will present medals and diplomas in a televised event instead.