Advertisement
Home / West-bengal / Why third is more difficult than first

Why third is more difficult than first

Though Kanchenjungha is the world’s third-highest peak, mountaineers consider it tougher to scale than Everest 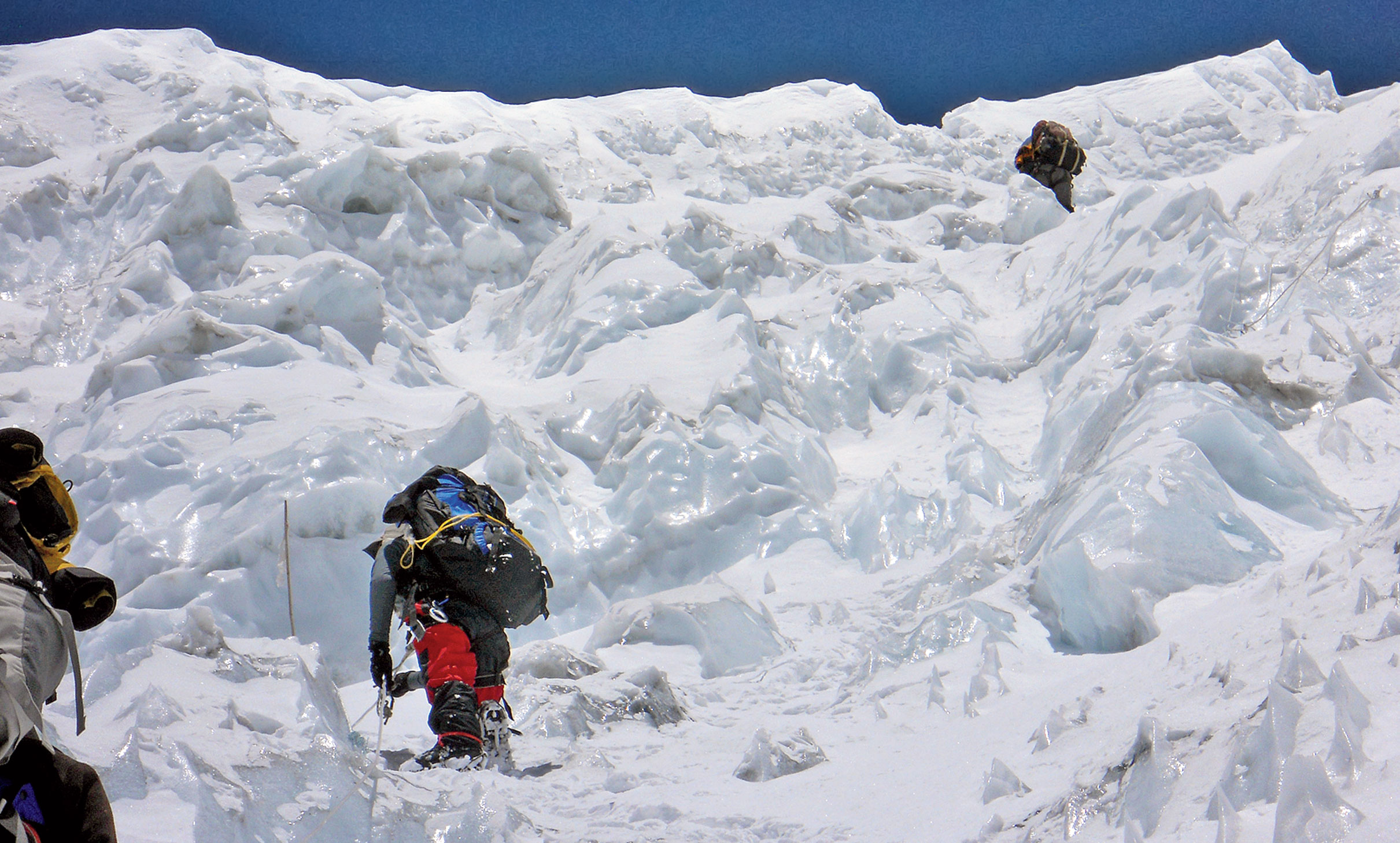 A mountaineer from Bengal died hours after scaling Kanchenjungha (8,586m) a few days ago, while another breathed his last on his way to the peak.

Two other members of the team suffered altitude sickness and frostbite after making it to the summit and had to be airlifted to Kathmandu.

Though Kanchenjungha is the world’s third-highest peak, mountaineers consider it tougher to scale than the highest peak, Everest (8,848m). Metro lists the reasons why climbers think so

The Kanchenjungha summit is around 1,300m above camp IV (the last camp). Mountaineers take 27 to 30 hours on an average to reach the summit from the camp, located at 7,300m, and return.

In contrast, the last camp (camp IV) on Everest is at 7,955m, around 900m below the summit. Climbers usually take around 18 hours to cover the stretch and return to camp IV.

Rudra Prasad Halder, who summited Kanchenjungha on May 15 and was later airlifted after suffering frostbite, said tents at camp IV were exposed to the risk of being blown away by winds because of a snowfield just above the site.

Agencies in Kathmandu which organise mountaineering expeditions in Nepal said an average climber would take around 20 hours to reach the summit from camp IV and another six to seven hours to return. The duration may vary by a couple of hours depending on the fitness of the climbers.

Halder said he took almost 27 hours to reach the summit and return to camp IV.

Everest attracts hundreds of climbers every season, while Kanchenjungha only draws a handful.

According to most climbers Metro talked to, Kanchenjungha is the “mountaineer’s mountain”, which tests the “technical expertise” of the climber much more than the world’s highest peak.

“Kanchenjungha climbers get exhausted on the summit day because of the long climb. Chances of death are high because of exhaustion. And fewer climbers mean lesser chance of getting help,” said Mingma Sherpa, the chairman of Seven Summit Treks in Kathmandu, which organises mountaineering expeditions in Nepal.

“Fewer climbers means fewer sherpas. On Kanchenjungha slopes, sherpas accompanying the mountaineers open the routes and fix ropes. On Everest, there is a dedicated team of sherpas for opening routes and fixing ropes,” said Basanta Singha Ray, who has scaled both Everest and Kanchenjungha.

A rope reduces the risk of a fall. Even if a climber slips, the rope arrests the fall. Mountaineers said around 12,000m of rope was required to climb Kanchenjungha.

As there are only a handful of climbers every season, the entire route is not roped.

“On Everest, the largest team usually gets the rope fixed in advance. On Kanchenjungha, the ropes are fixed as the climbers go up. And there are some stretches near the summit where ropes cannot be fixed at all,” said Singha Ray.

Kanchenjungha has steep gradients that have to be negotiated through rock walls.

“Some of the rock walls are at a 90 degree gradient. Some of them are also ice rock walls which crampons often fail to dig into,” said Debasish Biswas, who has climbed the highest and the third-highest peaks with Singha Roy.

A rock ice wall, Halder said, starts at an altitude of 7,700m and goes up almost till the summit. “The gradient becomes steeper after 8,500m and varies between 70 and a little above 90 degrees,” he said.

The weather on Kanchenjungha is “unpredictable” and the lesser number of climbers means mountaineers have less accurate information on the weather.

In contrast, the presence of a large number of climbers from the western countries on Everest slopes ensures that weather updates are available on a daily basis. Mountaineers plan their summit push based on the updates.

Singha Ray said he had to wait for four nights at camp IV on Kanchenjungha for a clear weather window to start the summit climb.

Halder said 8mm snowfall and 40kmph wind had been predicted for the day they would make the summit climb.

“The weather cleared around an hour after we left and remained so for more than a day. The forecast was proved wrong but it helped us.”