When they don’t hawk

While pedestrians are making the most of the footpaths freed of encroachments around the Book Fair venue, here’s a look at what some of the hawkers who have been evicted are up to 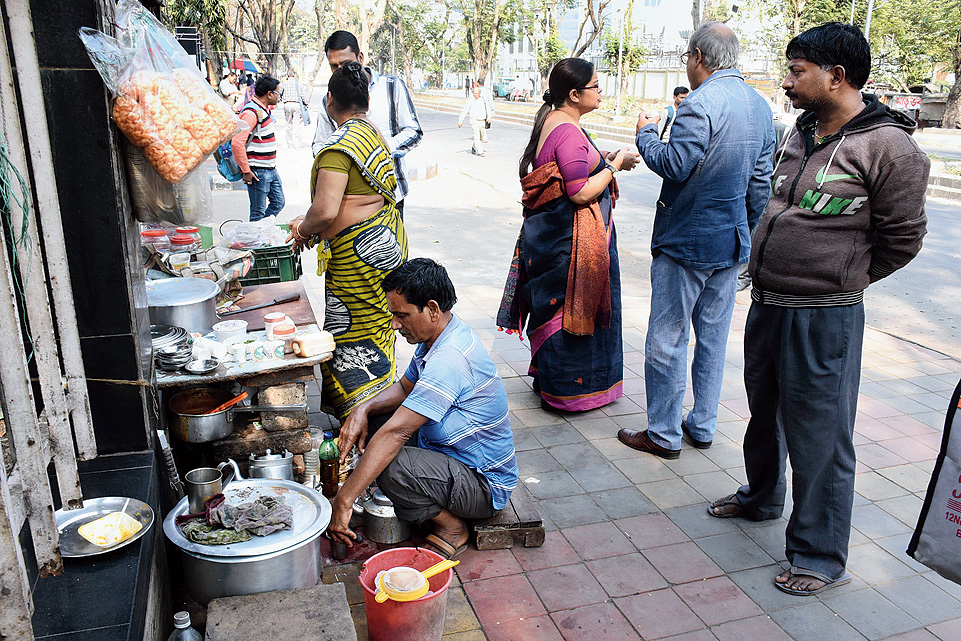 On the footpath: Near Purta Bhavan

Post-eviction plan: “I have been selling here since 1998 but this is the first time I have been evicted. I didn’t want trouble with the authorities so moved out the day they asked us to. I’m in my late 50s now and will not be able to work in any other profession. My wife doesn’t work and my son is studying. And I’m sitting at home unemployed.”

Long term plan: “If they don’t let us sit near Purta Bhavan I’ll probably take to selling food on my cycle. I can’t afford a cycle van.”

On the footpath: Near Unnayan Bhavan

Post-eviction plan: “I would make Rs 300 to 400 a day on the footpath and now I’m jobless. They evicted me before the World Cup too but I went back. But this time they took all my wares — stove, utensils.... I went home in tears. When I was jobless during the World Cup I worked on construction sites where I had an accident. Now I limp and I won’t get employment there again. I don’t know how I’ll feed my family of five.”

Long term plan: “The workers said we can return to do business on the footpath after February 15 but how will I afford my wares again?”

On the footpath: Near Unnayan Bhavan

Post-eviction plan: “Last Tuesday, civic workers came and told us to leave the place in 48 hours so we left. I kept my belongings in an under-construction plot and left for my village in Midnapore. Later I heard the workers had confiscated even those belongings. But I have a family of five to feed so I’m looking for work in Midnapore. Farming, construction... I’ll do anything.”

Long term plan: “I’ll try resuming my business in Salt Lake after the Book Fair. Hopefully the authorities will show some leniency then.”