The animals were reportedly heading to Gujarat from the Northeast 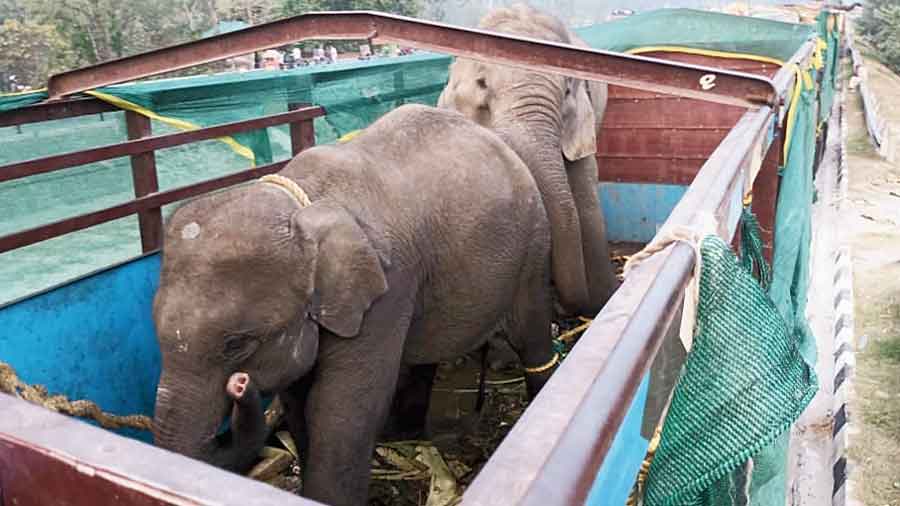 Some elephants that were intercepted in Jalpaiguri from Gujarat-bound trucks.
Biplab Basak
Our Correspondent   |   Jalpaiguri   |   Published 23.03.22, 02:30 AM

The state forest department intercepted seven elephants on trucks from  near the Teesta bridge on the outskirts of Jalpaiguri town on Tuesday.

The animals were found from  six trucks reportedly heading to Gujarat from the Northeast.

“Our employees at the check post near the Teesta bridge stopped the trucks. The  drivers have been asked to furnish proper documents to validate the transport of these animals. During preliminary probe, we came to know the elephants had been put on trucks in Arunachal Pradesh and were on their way to Gujarat,” said Ujjwal Ghosh, additional principal chief conservator of forests (wildlife, north Bengal).

Foresters called up vets who  examined the elephants. Five are male, one is female and one is a male calf.

Last year, two elephants on trucks stopped at the same spot. They were on the way to a temple in Gujarat. The drivers had valid papers.

“In that case, both elephants were later released as there were proper documents with drivers,” said a source.