A Muslim woman born to privilege in Calcutta, she was shocked to see recent hateful comments made by some of her former students on social media 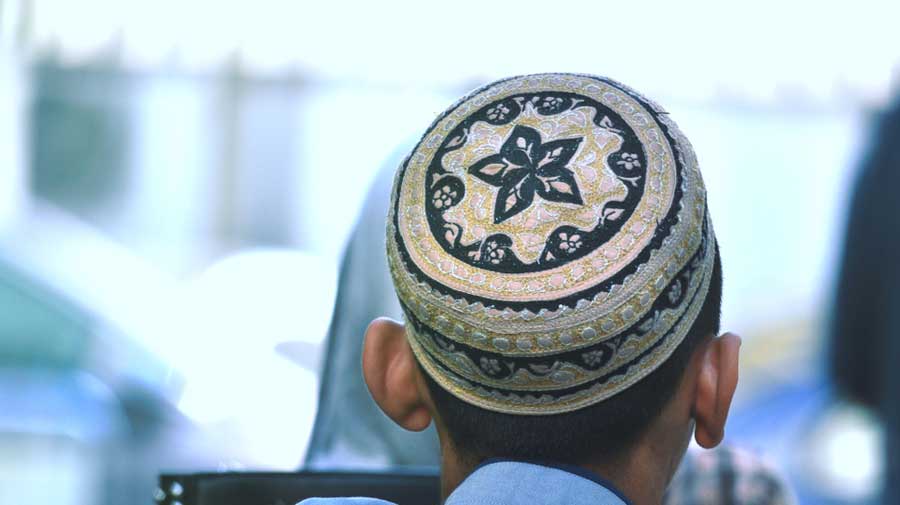 Muslims in Bengal constitute 27 per cent of the state’s population — almost double the national average of 14 per cent. And yet, according to the staff census data of the Bengal government, only 6.08 per cent of the nearly 3.5 lakh state government employees are Muslims, said Sabir Ahamed.
Shutterstock
Sulagana Biswas   |   Calcutta   |   Published 30.04.21, 01:24 AM

In her 60s, speaking in a polished, aristocratic accent, she recalls with pleasure her decades of being a teacher. Then she frowns. “I was shocked to see recent comments made by some of my former students on social media. Did I raise a bunch of bigots or is it just these past few years or past few months?”

A Muslim woman born to privilege in Calcutta, she is unapologetic about wanting to be “surrounded by lovely things, little comforts and people of taste”. But she confesses she could not escape the hate narrative before and during the Bengal polls.

“Before this, one took some things for granted. But now, one can’t. For example, my nephew, who’s 19, wasn’t bothered about news or news channels before, but he was very troubled by how the Tablighi Jamaat was shown on TV last year at the start of the pandemic. He said that for the first time he felt different from his non-Muslim friends. I feel angry when Mamata Banerjee is dubbed Mumtaz Begum. Why are you insulting the Mamatas and the Mumtazes of Bengal?”

Sabir Ahamed, a National Research Coordinator at the Pratichi Institute, which was set up by Amartya Sen with his Nobel endowments for research in gender equity, health and education, knows well the barbs at Bengal’s chief minister are to remind the voters of her “Muslim appeasement”.

But Ahamed, who has been writing in many English and Bengali newspapers on this subject that’s close to his heart, wonders where exactly the much-touted appeasement happened.

“Many cite the state government’s stipend to imams, lavish iftar parties, I’ve even heard some people crib about free sugar given during Ramazan, but those are symbolic gestures. What about education, jobs, soft skills for Muslim youths?”

Muslims in Bengal constitute 27 per cent of the state’s population — almost double the national average of 14 per cent. And yet, according to the staff census data of the Bengal government, only 6.08 per cent of the nearly 3.5 lakh state government employees are Muslims, Ahamed says.

“The Muslim creamy layer is very, very thin. Look around you, there’s poverty and illiteracy. Only we are caught up in the discourse of appeasement when we should have been talking empowerment.”

“Ask me for a silver lining, and I’ll point to the great work done by the Al-Ameen Mission,” Ahamed says, referring to the social institution run by Muslims that imparts exam-based coaching to the community’s economically deprived youngsters. “For instance, many poor Muslim girls and boys have done well in medical entrance exams because of Al-Ameen. Otherwise, where’s the level playing field?”

The Jadavpur University alumnus, who before the pandemic helped run community walks to facilitate peaceful coexistence called Know Your Neighbour, said many things had changed since he was in college.

Being trolled on social media just for being a Muslim is something that he’s taken aback by. There’s more, he said.

“Right now, we seem to be living together separately. When I was young, my friends and I never bothered about religious identities. But now, many Hindu youngsters from elite colleges, if asked to come to Mominpur, where I stay, or Kidderpore or Park Circus, they say, let me ask my mother. The implication is that these places are unsafe. Once they come, they change their minds. In fact, the worst thing anyone has said to me about these places is that they are too crowded.”

Ahamed believes many things added up to make Bengal a “fertile ground” for religious polarisation this time.

“Hate and lies are easier to peddle,” said communications consultant Mudar Patherya when asked about this bitter election campaign on communal lines. “The truth is most Muslims are poor, they’re thinking about their next meal, not about planting a bomb. For an educated Muslim, there are two choices. To pitch in and fight this narrative (of hate) or to just get fatigued and leave. If you have money, you can have a great lifestyle anywhere in the world. But this is my country, my umbilical cord is joined to my people here — of all communities.”

A passionate Calcuttan, Patherya thinks the Bengali identity is so strong that it wraps everyone who stays here, no matter what one’s ethnicity or religion.

A practising Muslim who has non-Muslims in his family, and like Ahamed, a wide social circle with many non-Muslim friends and colleagues, he still believes this hatred is “artificial”, but worries that it has the “potential to be turned into a long-term DNA”.

Like the retired teacher and Ahamed, Patherya steers clear of poll predictions. But he feels there are many Narendra Modis in one man.

“This is a not a government that believes in pluralism, it believes in being pro-big business, it is arrogant, but some of the things that this government is doing, in the field of city gas, ethanol blending and renewable energy, is incredible. Some parts of Modi are incredible,” he says. “I also don’t buy this crony capitalism theory (of Modi’s detractors) because the market is a ruthless beast. A company must deliver shareholder value. Being a crony won’t help if you can’t deliver.”

Still, the “noise of the past five months”, as he refers to this election campaign, has left him shaken. “I’ve heard Jai Shri Ram change from being a gentle, benevolent greeting to a rallying cry for hate.”

The retired teacher agrees. “If they can communalise the virus, they can do anything,” she said. “I haven’t forgotten the hurt on the face of my nephew.”