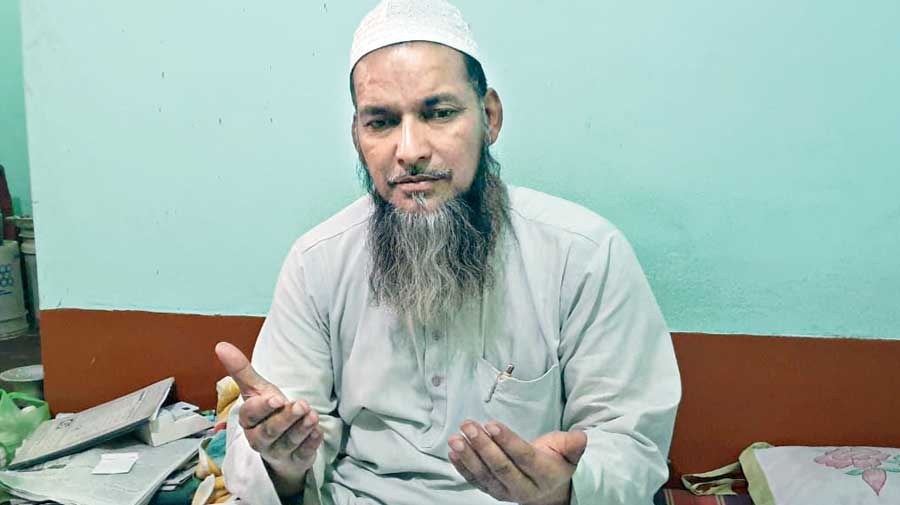 But a day after Prime Minister Narendra Modi raked up the communal violence in an apparent attempt at polarisation ahead of the April 26 vote in Asansol, the 50-year-old imam felt obliged to voice a mild reproach.

“He is the Prime Minister of our country and not of any one community. As a person vested with power, he should help us heal and not reopen wounds of the past for political gain,” Rasheedi, who has been imam of the Noorani Mosque in Asansol for more than three decades, told The Telegraph on Sunday.

“I don’t want to recall such sad memories, and nor should anyone else. We have progressed from that unfortunate time, so why is the Prime Minister trying to sow unrest once again?” he asked, his gentle tone betraying perturbation rather than resentment.

Modi had told an election rally at Nigha in Asansol on Saturday: “Do you remember the Ram Navami of three years ago? Who can forget the riots of Asansol-Raniganj? The life’s earnings of hundreds of people got burnt to ashes....”

He had blamed the violence on “Didi”.

The rioting that broke out during a Ram Navami procession in Asansol in 2018 claimed three lives, including that of 16-year-old Sibtullah, the younger of Rasheedi’s two sons who had just sat his Class X board exams.

A day after he was picked up by a mob, the teen’s body was found with several injury marks that suggested he was beaten to death.

Word quickly spread that the traumatised Rasheedi was reluctant to identify the perpetrators. Instead, he issued a remarkable appeal to people gathered at the Idgah Maidan, where his son was buried.

“My son has died, but I don’t want anyone else to lose their children. If you strike back, I shall leave the mosque as well as this town,” he told the astonished crowd.

Following Rasheedi’s gesture, politicians from several parties had visited him at his mosque to offer their respect and condolences.

Rasheedi was in the middle of his Ramazan fast on Sunday and had just finished his afternoon prayers when this correspondent visited him at his home in the Railpar neighbourhood of Asansol.

“Modiji came here to campaign for his party. What message has he given to us about development? How will his attempt to remind us of the sad and horrible past help towards the development of the Asansol region?” Rasheedi said.

“I know some people will describe me as being against the BJP or Narendra Modi on principle, and may accuse me of being partisan on account of my faith. But no, I am only against provocations that can break the harmony and disturb peace here. I am not a politician.”

He stressed that election campaigns should be built on records of performance and not sectarian appeals to emotions, and suggested the Prime Minister focus on controlling the spread of Covid-19.

“He should take the initiative to reduce the number of poll phases to reduce mass gatherings,” Rasheedi said.