State police sources said Gyanwant Singh was unanimously chosen for the new role, given his knowledge about the prevailing law and order situation of all districts 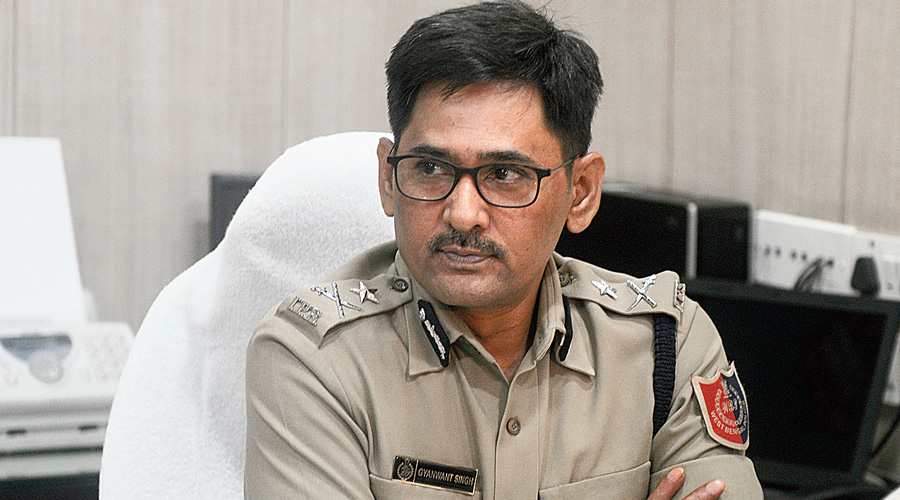 Singh, an IPS officer of the 1993 batch, was chosen as the director of security following the removal of Vivek Sahay, an IPS officer of 1988 batch, from the post by the Election Commission (EC) on Sunday for his alleged failure in protecting the chief minister who suffered an injury at Birulia Bazar in Nandigram on March 10 during an outreach.

“In keeping with the EC's directive to the state government about a replacement of Sahay by 1pm on Monday, chief secretary Alapan Bandyopadhyay informed the poll panel about the new choice,” said a senior official of the home department. “Singh was chosen in consultation with Niraj Nayan Pandey, Bengal’s newly appointed DGP. The new incumbent will be responsible for security of all VIPs including the chief minister of Bengal,” the officer said.

State police sources said Singh was unanimously chosen for the new role, given his knowledge about the prevailing law and order situation of all districts of Bengal.

He took charge on Monday and will oversee Mamata’s security arrangements for her poll rallies lined up across many districts of south Bengal.

On Sunday, the EC removed Sahay, East Midnapore district magistrate and SP after reports to the poll panel cited a breach in Mamata’s security in Nandigram on March 10.

The EC had also placed Sahay and superintendent of police, East Midnapore, Pravin Prakash under suspension.

Senior police officers in the state police said the decision to replace Sahay was unprecedented and there was no reason for the two IPS officers to be placed under suspension.

“As the head of the security, a serving officer can’t force a political leader to abide by the protocols. He can only remind and underline the challenges in case of breach of security,” said a senior police officer who has handled VIP security in the past.

Besides putting two IPS officers on suspension, the EC has asked the chief secretary and the DGP to identify other “proximate security personnel” below the director of security, who failed to prevent the incident and initiate suitable action against them for their failure by March 17.