Advertisement
Home / West-bengal / Bengal polls: If none recognises, Shersabadia will speak for itself

Bengal polls: If none recognises, Shersabadia will speak for itself

The language remains obscure because the people who speak it also remain obscure, though they constitute almost 1/20th of the state's population 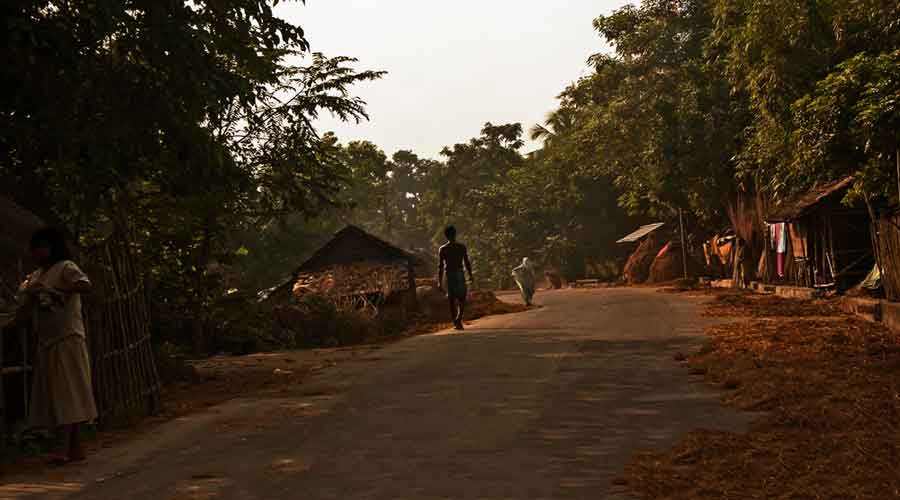 On January 21, Abdul Wahab, who teaches English at Samsi College in Chanchal in Malda district, received an award for Kafer Kobityar Poshalu (A picnic with infidel poetry), his collection of poems written in Shersabadia.

It was a rare honour. Not only because it was discerning, but also because hardly any books have been written in Shersabadia. Which is surprising, considering about an estimated 50 lakh people — or more — speak it in Bengal.

Shersabadia is a Bengali dialect spoken extensively in the Malda, Murshidabad, North Dinajpur and South Dinajpur districts of Bengal. But it remains obscure because the people who speak it also remain obscure, though they constitute almost 1/20th of the population of Bengal. This collective linguistic identity has hardly ever been recognised and this is now being addressed from within the community.

A significant section of Shersabadias — the people and the language share the same name — is Muslim, but Hindu communities such as that of the Chain Mandal and the group that now identifies as Kishan Sampraday are also a part of it.

They are obscure for historical reasons. A conscious, organised effort to get the dialect the recognition it deserves began only two years ago. Wahab, who in January received the literary award from BASE — Bengal Academia of Social Empowerment, a collective of academicians, scholars and professionals, working, among other things, for the social and cultural development of Bengali Muslims  — is a moving force behind a movement that aims at establishing Shersabadia on the cultural map of Bengal.

The Shersabadia Bikash Parishad has been established in Malda town for the development of the dialect .

Wahab attempts to explain why Shersabadia, though so widely spoken, is not known beyond its speakers. Its origin lies in the conquest of Bengal by Sher Shah Suri, the commander of Mughal emperor Babar’s army, and the history of its decline seems to foreshadow that of mainstream Bengali.

Sher Shah was appointed the governor of Bihar. In 1538, when Humayun was emperor, he conquered the capital of Bengal, Gaur. The next year, he defeated Humayun in Chausa in Bihar. Bihar and Bengal came under his rule then.

He divided his kingdom into several divisions called Sarkars, and each Sarkar into several smaller units called Parghanas. Shersabad was one of the Parghanas.

The people who lived in Shersabad — the fertile doab region between the Ganges and the Mahananda, north of the Rahr region and south of the Barendra region — came to be known as Shersabadias.

The community is spread over Malda, Murshidabad, North Dinajpur and South Dinajpur in Bengal, adjoining areas in Bihar and Jharkhand, Rajshahi and other places in Bangladesh, and in Nepal. The language shows regional variations. The total number of people speaking Shersabadia, including in the places outside Bengal, is about 3 crore.

The earliest reference, however, says Wahab, came in early 20th century, when G.A. Grierson mentioned it in the Linguistic Survey of India (1898-1928). The next time it was mentioned properly was by linguist Prabhat Ranjan Sarkar in his book The Science of Language (1989). It has not been discussed in the landmark linguistic studies on Bengali, says Wahab.

Class and caste played a major role in keeping Shersabadia on the margins.

The Shersabadias were originally peasants. From the time of Sher Shah through the Mughal era to the era of the Nawabs of Bengal, the community prospered. Gaur, from where king Shashanka, the Palas and the Sens ruled, from the 7th to the 13th century, and Murshidabad, the capital of the Nawabs later, were located in the area where they ruled.

The description Shersabadia had stuck more to the Muslim section. The Hindu Shersabadia speaking groups were often named after their caste.

The language can be traced to the earlier times as well, feels Wahab.

“Shersabadia resembles the language of Charyapada,” says Wahab, who belongs to the community. Charyapada is a collection of mystical poems and songs, written between the 8th and 12th centuries, which show Buddhist influence, and is supposed to be the origin of Bengali.

But with the advent of the British, and the defeat of the Nawabs and a new capital founded in Calcutta, history took another course. The shift of the capital city — as all Bengalis know, not only Shersabadias — also means the shift of financial capital.

These hit hard, fracturing the already fragile Shersabadia cultural identity. Some from the community went away to East Pakistan, but many remained.

The community had also been branded “criminal”, but was decriminalised later.

“In fact, in a way, we were not ‘colonised’ enough,” says Wahab. Colonial education did not reach the community. “The language was unconnected with education.” It remained like it was, always, more or less, and without even a script.

It still does not have one. Meanwhile, in the 18th and 19th centuries, Bengali was standardised. The formal version, which would produce several highly accomplished literary works in the years to come,  was very different from a dialect. “It was an exercise conducted in the city,” says Wahab. Sanskrit was a major influence on it.

“Shersabadia is part of the Bengali language family, but quite distinct both in structure and sound,” says Wahab. The final syllable in a word is elongated and accented, a feature that is used with great effect. “Since Shersabadia was only spoken, it had no formal literature.”

A language does not grow without a literature. Literary works in Shersabadia are very recent.

Like Wahab, others are also writing poetry in Shersabadia. “Books are still few in Shersabadia,” says Wahab. But online, there are several videos on Shersabadia history, culture and songs, presented by animated young men.

Abdus Samad is another noted activist for Shersabadia, as is Rezaul Karim.

“Shersabadia as a dialect is comparable to Kamtapuri in north Bengal a few years ago. Kamtapuri became officially recognised after the political movement,” says Wahab.

But the Shersabadia movement will not tread that path. “Ours is a linguistic, cultural movement, affiliated to no political party, with no political agenda,” stresses Wahab. “The problem has to be addressed intellectually,” says Wahab. Poetry is essential.

The title of his book, which was awarded, takes its name from a poem that says art is above morality. Obviously, above electoral politics, too, and narrow sectarianism.

Abid Hassan, a documentary filmmaker and BASE member, agrees. He also feels that the Shersabadiya community and the dialect remain invisible because of the lack of a political agenda. “We are trying to create a script,” he says.

But as Wahab points out, all struggles are political in a fundamental way because they are struggles for existence, for a people, for a language.

Lines from a Shersabadia song by Wahab

A black ant has bitten my lips
And a lizard sounds “yes, yes”.
I am looking at the path of your retreat
While catching the iron bars of my window.
When will you return? Please tell me now.