Advertisement
Home / West-bengal / ‘We were being treated like ministers’

Two pujas from Salt Lake were chosen to be part of the state government’s carnival. Arnab Ray of AK Block pens an account of his experience 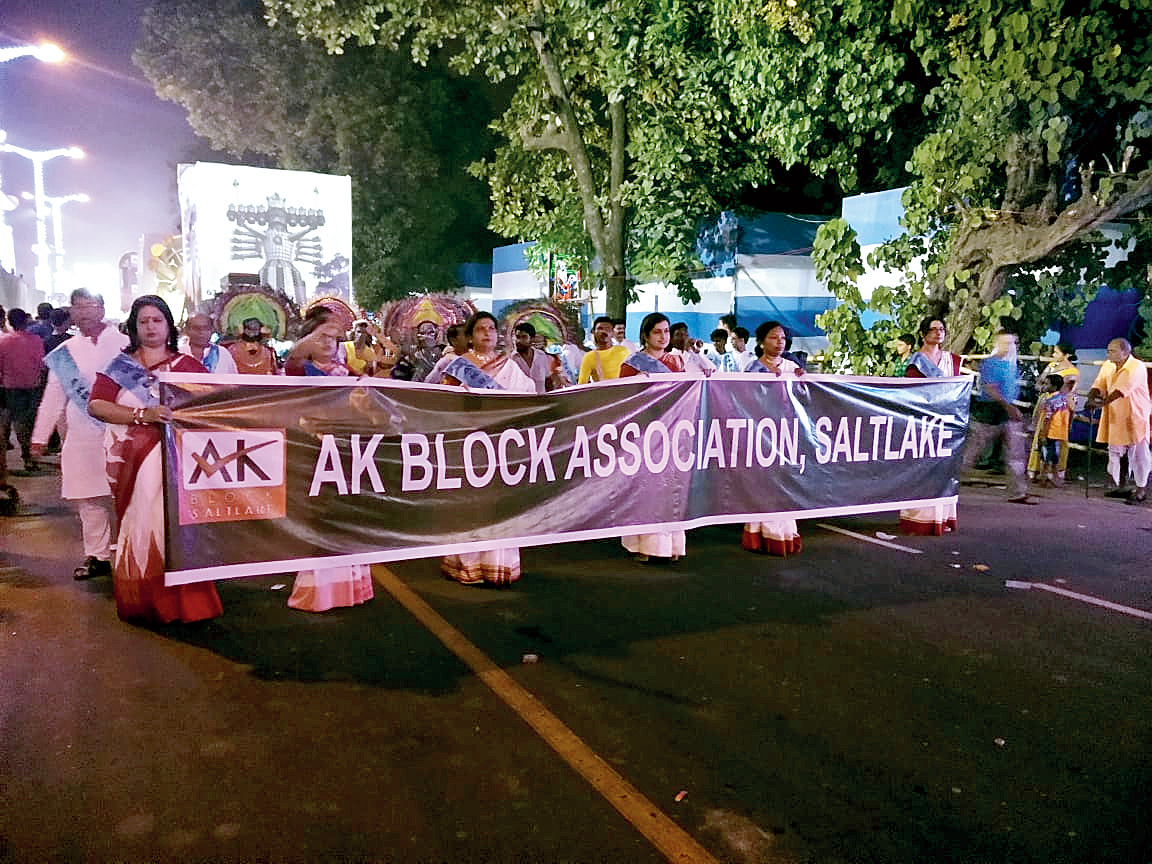 So though the carnival started at 4.30pm, our turn came not earlier than 6pm. We spent three hours seeing the other puja tableaux parked for the procession. The youngsters got busy in eating jhalmuri, ghotigorom, phuchka and ice cream.

A long placard bearing the name AK Block Association was held at the start of our rally by Sunanda Ray, Sutapa Moulik, Sanjukta Banik and Sudipta Sarkar. The ladies looked gorgeous in red-bordered white garad saris with golden jewellery. The men were in white kurta pyjama. All of us wore a sky blue uttorio with AK Block Association printed on it. Next came the troupe of chhou dancers, all the way from Purulia, wearing Ramayana masks. They were to stage tales from the epic. After them were the block association members walking in three columns. The theme tableau and the thakur tableau followed them, with the dhakis bringing up the rear.

We waved to all the guests, ministers, celebrities and, of course, the chief minister as we walked by.Tollywood stars Prosenjit Chatterjee, Rituparna Sengupta, June and Indrani Halder were seated on the steps of the decorated VIP seating area. We had ordered rajbhog from Chandernagore in a beautiful handi. This was presented by Pradip Banik, Arindam Roy, Indranil Ghosh and Milan Ray to the chief minister who came forward to receive the sweets and wished everyone ‘Subho Vijaya’. She also handed a flower bouquet to our little Arisha Roy who was dressed as an angel.

There was a bit of debate as we received an invitation to preserve our idol at the Rabindra Sarobar art gallery. But since the idol had developed some cracks in the neck and hands, and transporting it all the way to the south of the city at night would be a hassle the elders decided not to take up the offer.

Finally we headed towards the ghat for immersion. Thrice I yelled “Bolo Durga mai ki, bolo AK Block ki…” The reply in chorus was spontaneous — “jai”. 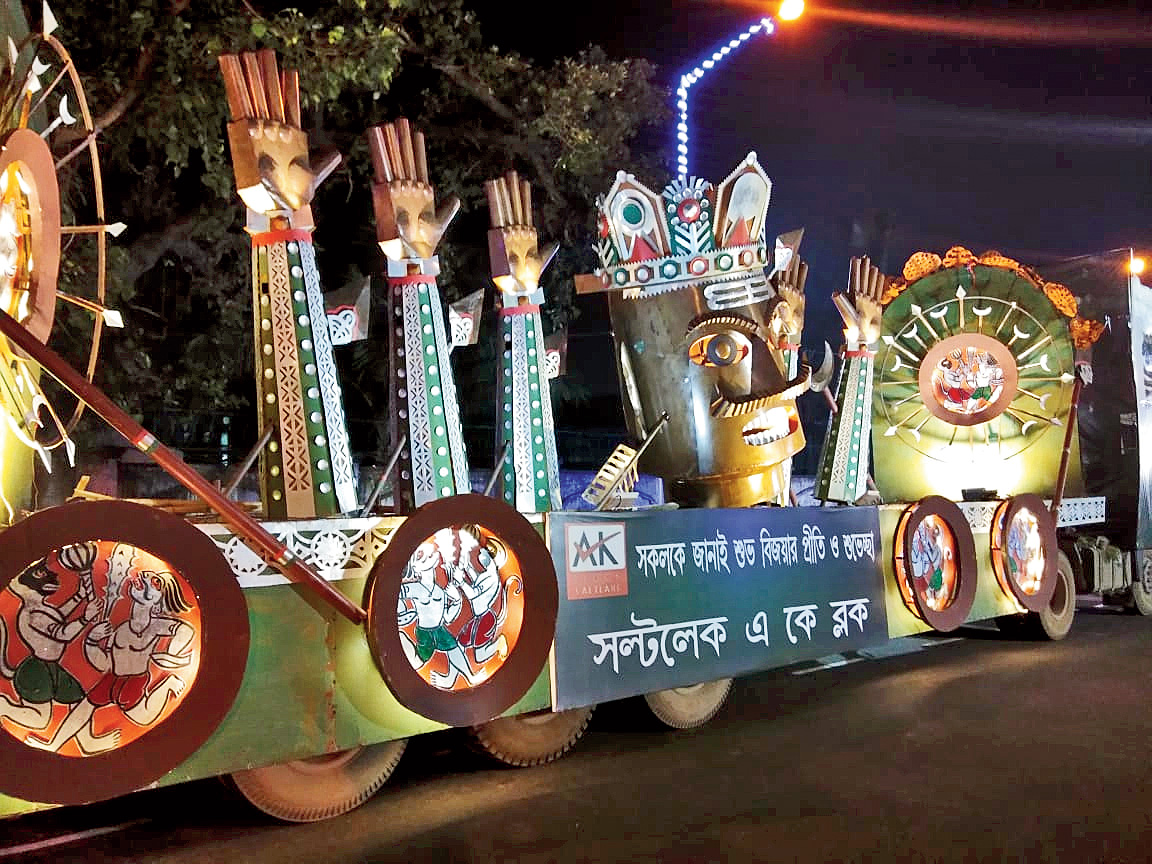 The story of Sitaharan is a dramatic chapter of The Ramayana that we know since our childhood. This time the episode from the epic made AK Block Association feature on the Serar Sera award list of the Biswa Bangla Sharad Samman, as the only puja from Salt Lake and one of just 17 from across the city. It is the second time after 2016 that we were chosen to be a part of the Puja carnival, conceived by our chief minister.

The carnival was scheduled on October 23. We were all very excited to be part of the action yet again. After 10 days of Durga puja — the inauguration by the governor took place on Chaturthi — the puja carnival reinvigorated us.We started our journey to Red Road around 12.30pm.

We took the head of Ravana along with his five arms, which had dotted the approach to our pandal, on a separate tableau to showcase our theme. The idol, as decorated in the pandal, formed another tableau. It was placed on a rotating disc, planned by our block secretary Aritra Ranjan Sen, so that visitors seated on both sides of the road could see the idol. Our cavalcade comprised a bus filled by senior male members of our block and an air-conditioned van filled by our kakimas, boudis and children. Four more cars and a van followed. The police accompanied us all the way from our block to Red Road. The road from Karunamoyee to Chingrighata was made traffic-free for our smooth passage. We were being treated like

The whole journey was full of fun with everyone clicking pictures. The best were captured by Anisha (Roy) boudi of our block. In the ladies bus, Sutapa (Moulik) aunty and Sulekha (Choudhury) aunty regaled everyone with their jokes.

We reached Red Road at 3.30pm and were placed at serial number 61.