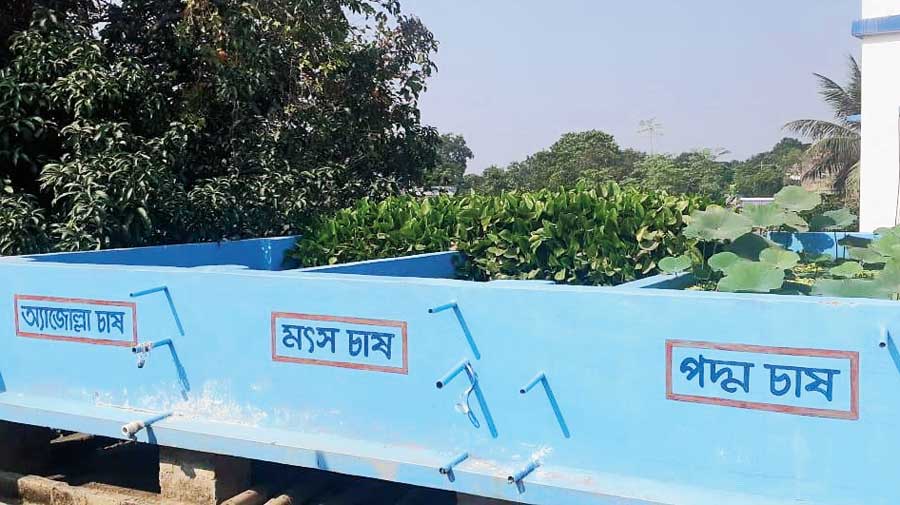 A state-aided school in Englishbazar has received an excellence award for utilisation and preservation of water in larger interest by the Union water resources ministry.

In view of the pandemic, the award was conferred virtually on the school. Rattanlal Kataria, Union minister of state for water resources, was present at the virtual awards ceremony on Thursday.

A couple of months back, a team of Unesco visited the school and appreciated its projects to preserve and utilise water in socio-ecological interest under the “Jol dhoro, jol bhoro” scheme of the state government. Unesco’s recommendation helped the school bag the central award.

“Cabbage, cauliflower, pumpkin and bottle gourd are grown on the roof and are used in midday meals. The 3,500sqft roof is spacious enough to produce vegetables for our 2,800 students,” said headmaster Hariswami Das.

He said another 1,000sqft area on the roof was developed into a pond for farming fish such as rohu and catla. “We hope these fish will be ready to be served to students when they start coming to school again,” Das said.

The school also has a rooftop nursery for flowering and medicinal plants.

Another attraction is a globe shaped water tank with prominently marked countries, major cities and capitals. “The tank helps students quench their thirst and strengthen their geography,” a teacher said.

On the premises, an underground reservoir stores water. The school offers students pure drinking water filtered through reverse osmosis and ultra-violet purification processes.
In 2019, the school had also been chosen for the Jamini Roy award oby the Bengal government.