It provides large glass windows and a roof, which offer the passengers the view of a stunning expanse of the surrounding landscape 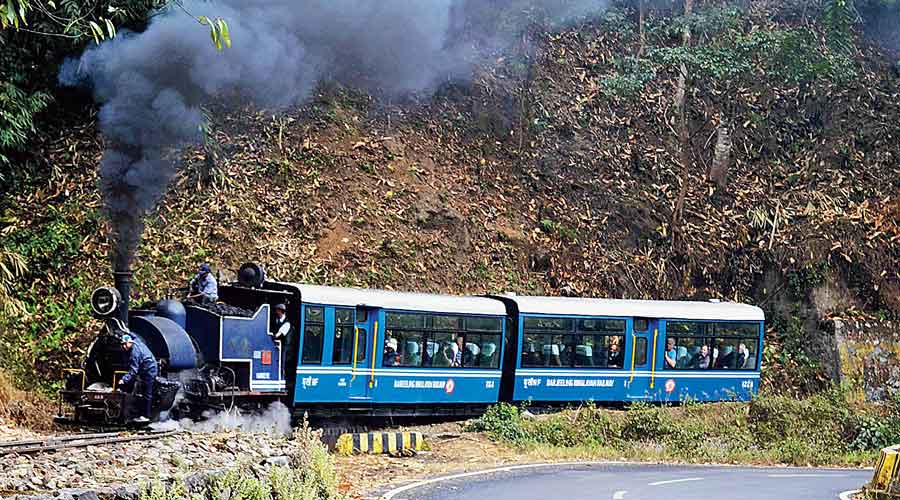 Darjeeling Himalayan Railway toy train. Vistadome coaches are being planned on the route.
File photo
Our Correspondent   |   Siliguri   |   Published 20.12.21, 01:56 AM

The rise in the demand of tickets for vistadome coaches introduced by the Northeast Frontier Railway (NFR) in many routes of north Bengal and the Northeast has now made railway authorities decide on introducing such coaches in the heritage mountain railway of Darjeeling.

The coaches have large glass windows and a glass roof, which offer the passengers the view of a stunning expanse of the surrounding landscape.

According to sources in NFR, as many as 24 vistadome coaches will be introduced in the Darjeeling Himalayan Railway (DHR) from April next year.

“It has been planned to launch the vistadome coaches from April 1, 2022, that is, at the commencement of the summer season when thousands of tourists flock to the hills. All these coaches would be available for joy rides. Over the past few years, the number of passengers who took rides on the toy train has increased and we believe introduction of these vistadome coaches will increase the footfall,” said a railway source.

“Altogether, the coaches will be available for four diesel (loco) rides and for equal number of steam (loco) rides,” the source added.

In the hills, the joy ride or a return journey from Darjeeling to Ghoom via the Batasia Loop is the most popular ride in DHR.

Tourism stakeholders have liked the plan.

“We welcome the decision. It ill surely draw more tourists  as people want to enjoy an uninterrupted view of the hilly landscape during their train travel. Over the past few months, the railways have introduced many new services that are fast gaining popularity. These coaches will be another new attraction for tourists,” said Samrat Sanyal, general secretary, Himalayan Hospitality and Tourism Development Network.