The service, which started from August 29, was available on Fridays, Saturdays and Sundays till date 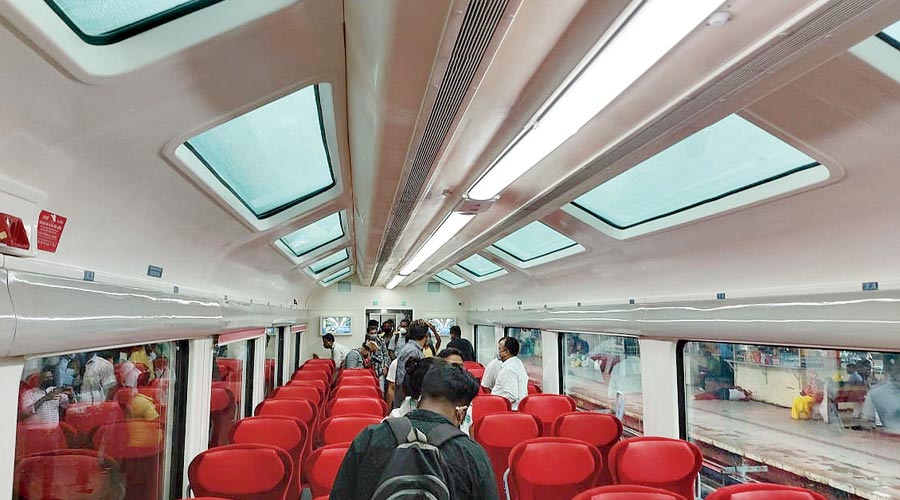 Northeast Frontier Railway (NFR) has decided to run the vistadome coach for six days a week, except Thursdays, instead of three days a week during the upcoming Puja period owing to an overwhelming response to the ride introduced a month back.

The ride between New Jalpaiguri and Alipurduar junctions covers around 168km through picturesque forests and tea gardens of the Dooars.

Guneet Kaur, chief public relations officer of NFR, said: “From October 6, vistadome coaches will run six days a week till October 18. We will take a call further depending on the unfolding situation.”

The service, which started from August 29, was available on Fridays, Saturdays and Sundays till date.

“From October 6, it will run on all days, except Thursdays. The decision has been taken because of the good response received for the service,” said a railway source.

Vistadome coaches allows a 360-degree view of the landscape.

A selfie-zone has also been accommodated in the coaches.

Biswajit Saha, vice-president, Jaldapara Lodge Owners’ Association, said the introduction of the coaches had brought about a “new dimension” to Dooars tourism.

“We are thrilled with the announcement as tourism has taken a new dimension after the introduction of the vistadome coaches. People are visiting the Dooars just to take the train ride,” said Saha.

Toufique Hasan, the deputy Bangladesh high commissioner in Calcutta had also taken a 40km ride from Madarihat to Rajabhatkhawa (both in Alipurduar) on September 10 and was spellbound to the extent that he wanted the coaches to be introduced in his country.