Those who made a splash 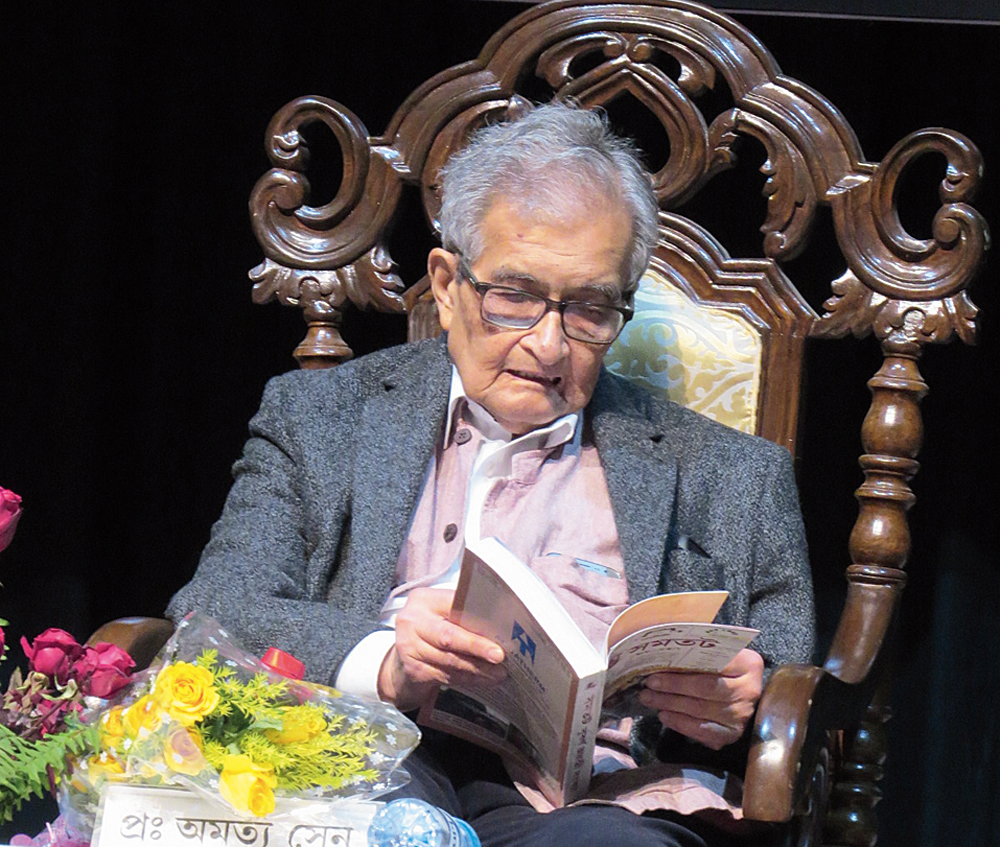 What: The Nobel Laureate economist was the chief guest at the golden jubilee celebration of Bengali little magazine Samatata.

What: The former badminton player and the coach of India’s biggest names in the sport took part in a fireside chat — titled “scaling success from failure” — that marked the end of the Nasscom International SME Conclave 2019.

What: The Union home minister inaugurated the block’s Durga puja

What: The ace shuttler visited the puja with her coach P. Gopichand.

What: Came pandal-hopping before an event at Westin in New Town.

What: The singers came to perform for the Kali puja function of Salt Lake Maitri Sangha.

What: The singers had come for the Vijaya sammelani of Ward 29. Akriti is expected to sing on New Year’s Eve at New Town Business Club.

Where: The Stadel and Bakstage

What: The Manchester City legend, who turned out for England in 13 matches between 2006 and 2012, analysed a match screened live as Man City took on Chelsea in a Premier League fixture at the Sector V pub. Earlier in the day he did a meet-and-greet session with fans at the stadium hotel. Manchester City brought its silverware to three cities in India on its global trophy tour. The tour is a part of a club celebration after making football history by becoming the first English football club to lift six domestic trophies, across both its men’s and women’s teams in the same season.