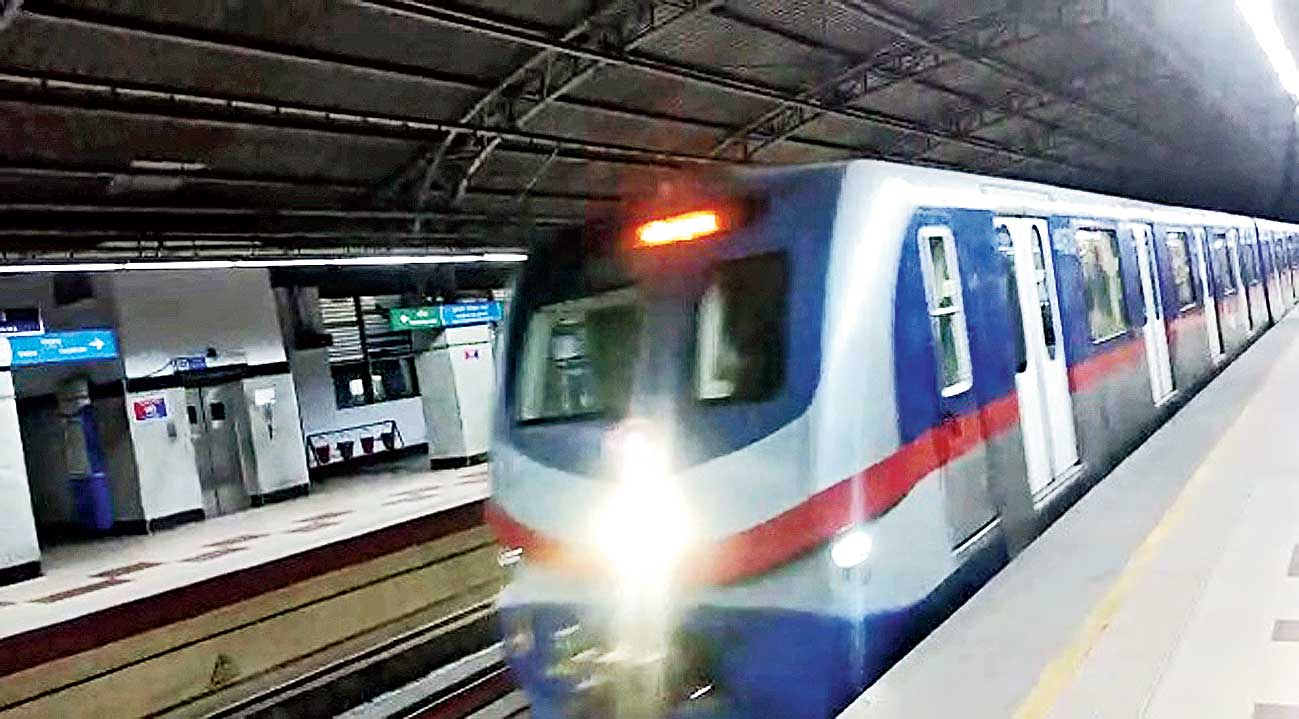 The rakes, which had reached Calcutta from the Integral Coach Factory in Perambur, near Chennai, in July 2017, flunked multiple trials before getting the Commissioner of Railway Safety’s clearance in December 2018.

The authorities were awaiting the Railway Board’s clearance before deploying the rakes for commercial run.

“The board’s clearance came in the second half of Wednesday. One of the rakes left Dum Dum around 8.30pm on its maiden commercial run and made a round trip,” a senior Metro official said. 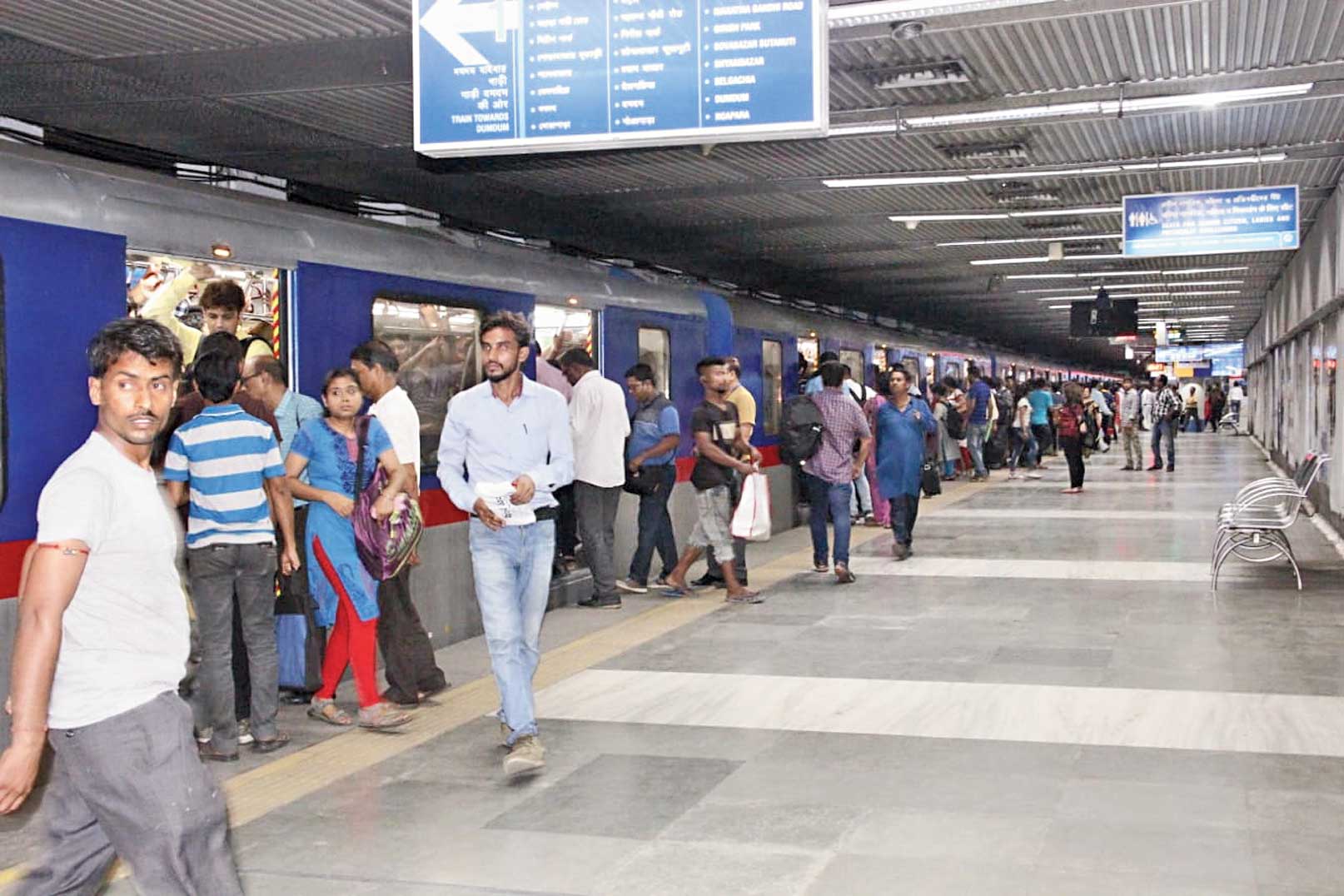 The two rakes together made at least four round trips on Thursday. “The number will go up gradually,” said the official.

The older air-conditioned rakes make more than five round trips every day.

Three more air-conditioned rakes manufactured by the Perambur factory reached Calcutta after the earlier two. “Two of the newer rakes will start their commercial run soon,” another official said.

Metro took a ride on one of the new rakes from Chandni Chowk to Belgachhia during the evening rush hour on Thursday. Despite being packed to the hilt, the inside was cooler than the older AC rakes.

A digital display board showed the name of the approaching station in English, Bengali and Hindi. The names of four subsequent stations were also displayed. 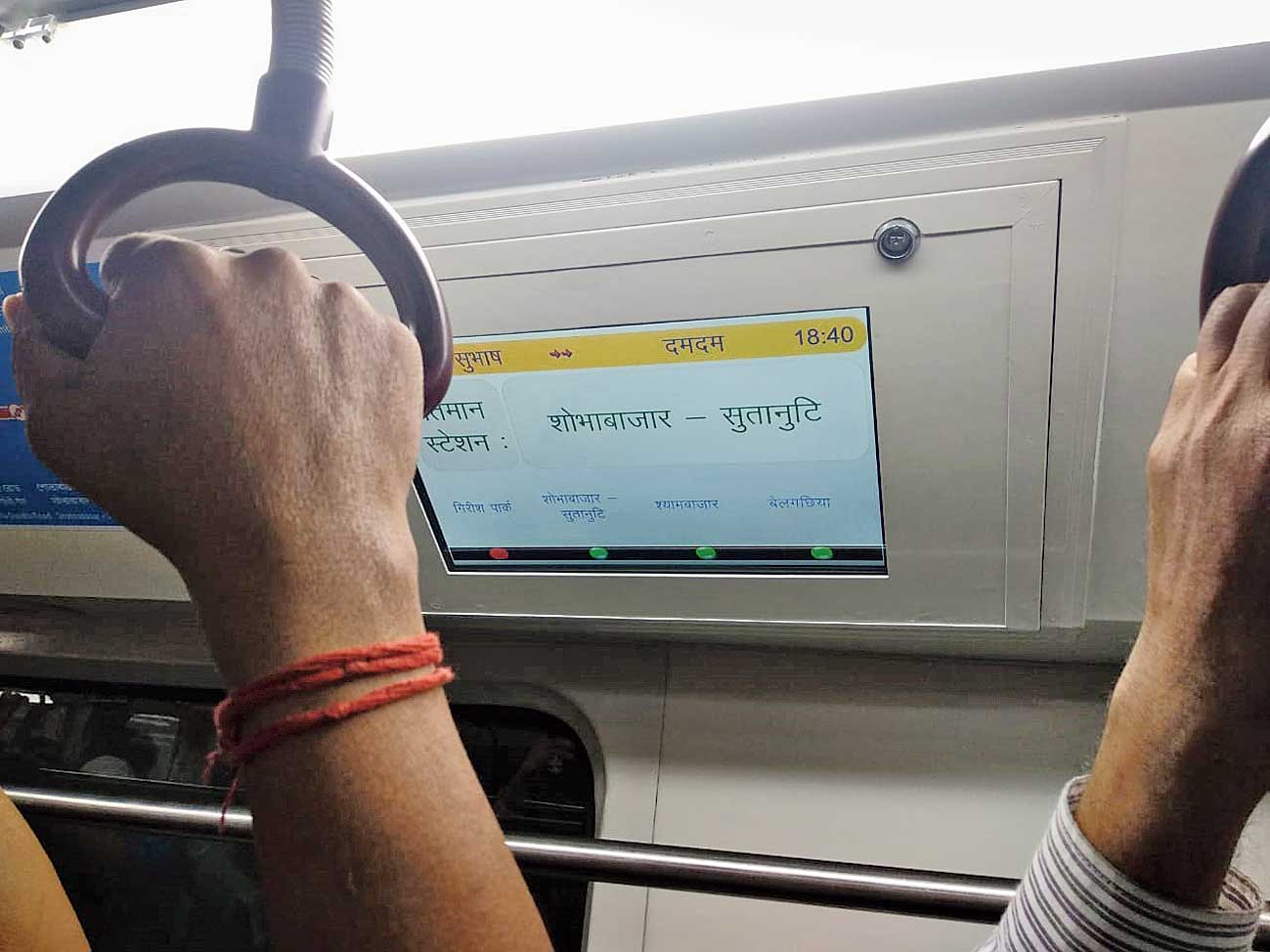 An electronic display board inside the train.
Telegraph picture

Each compartment had eight LCD display boards for communication, compared with three in the older AC rakes. The doors and vestibules were wider than the others.

Every time the train pulled into a station, the familiar jerk was missing.

“The jerk in the older rakes is the result of a series of mechanical processes that is activated once the motorman applies the brakes. These processes are seamless in the new rakes,” a Metro engineer explained.

The four new rakes, the official said, will reduce Metro’s dependence on its ageing and snag-prone rakes.

Regular commuters will vouch for the fact that the frequency of snags has increased over the past couple of years. The summer months see the maximum number of breakdowns.

Metro officials attribute the increased frequency of snags to overuse of rakes and lesser time for maintenance. Around six lakh people travel by Metro every day and the count is increasing by the year.

Metro now has 27 rakes, including the two new ones. Thirteen of the rakes are air-conditioned. On an average, all 13 AC rakes run daily, along with seven of the non-AC ones. Some of the older rakes are as old as Metro and the authorities plan to discard a couple of them.

A first-generation train made by the Perambur factory caught fire between Rabindra Sadan and Maidan stations on December 27.