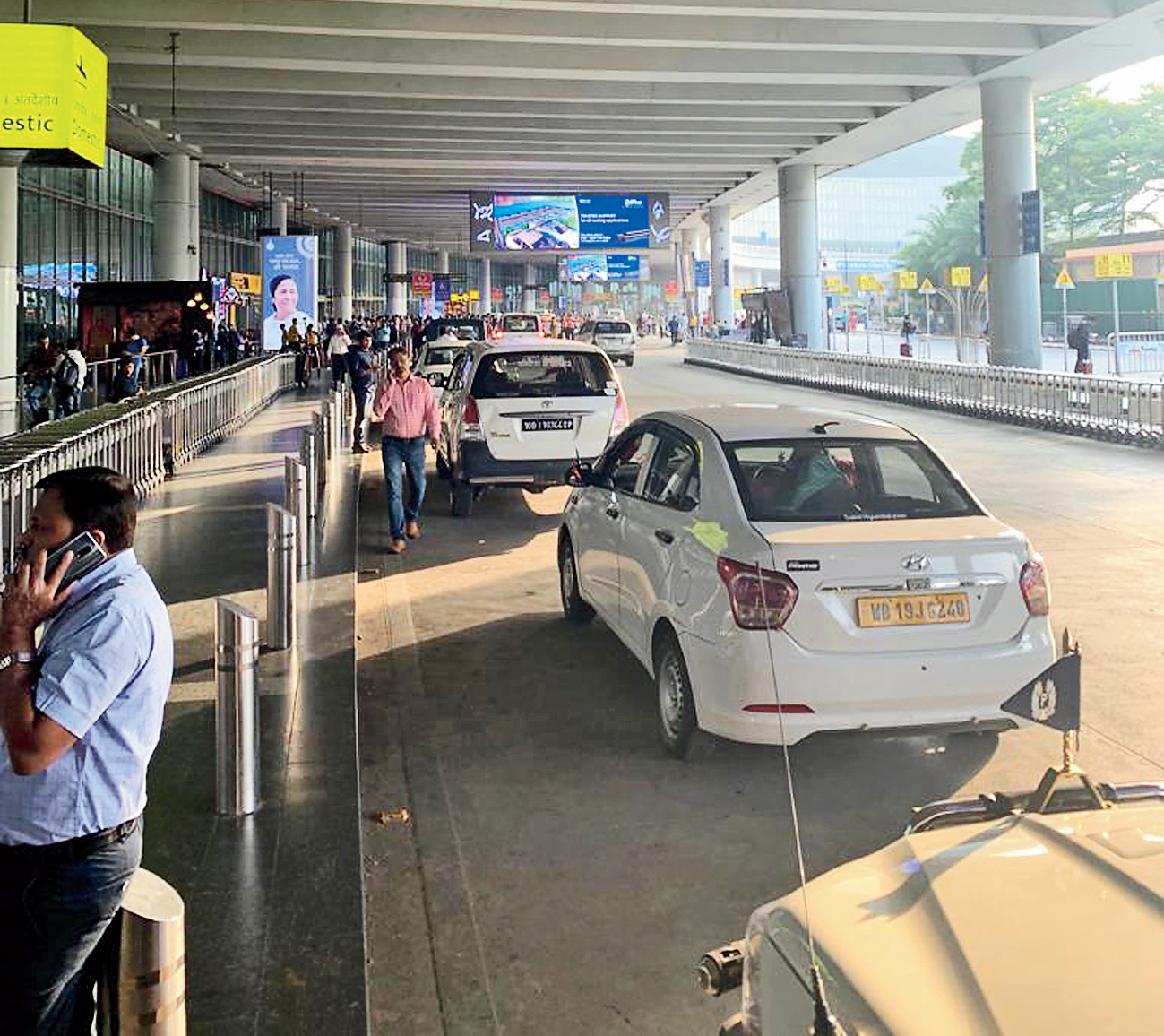 If parking your car at the airport was a headache, brace for a worse ordeal.

App cabs, which earlier had a designated parking lot opposite the old domestic terminal, have recently been allotted space in the basement of the airport’s car park opposite the new terminal.

Those who keep their cars in the parking space opposite the new terminal are complaining of long queues and chaos because of a large number of app cabs trying to leave through the common exit.

Passengers are facing problems getting into their vehicles because the lane adjacent to the terminal is almost always occupied by “VIP” and government vehicles. Stretches of another lane, too, cannot be used most of the time because trolleys retrieved by airport staff are kept there. 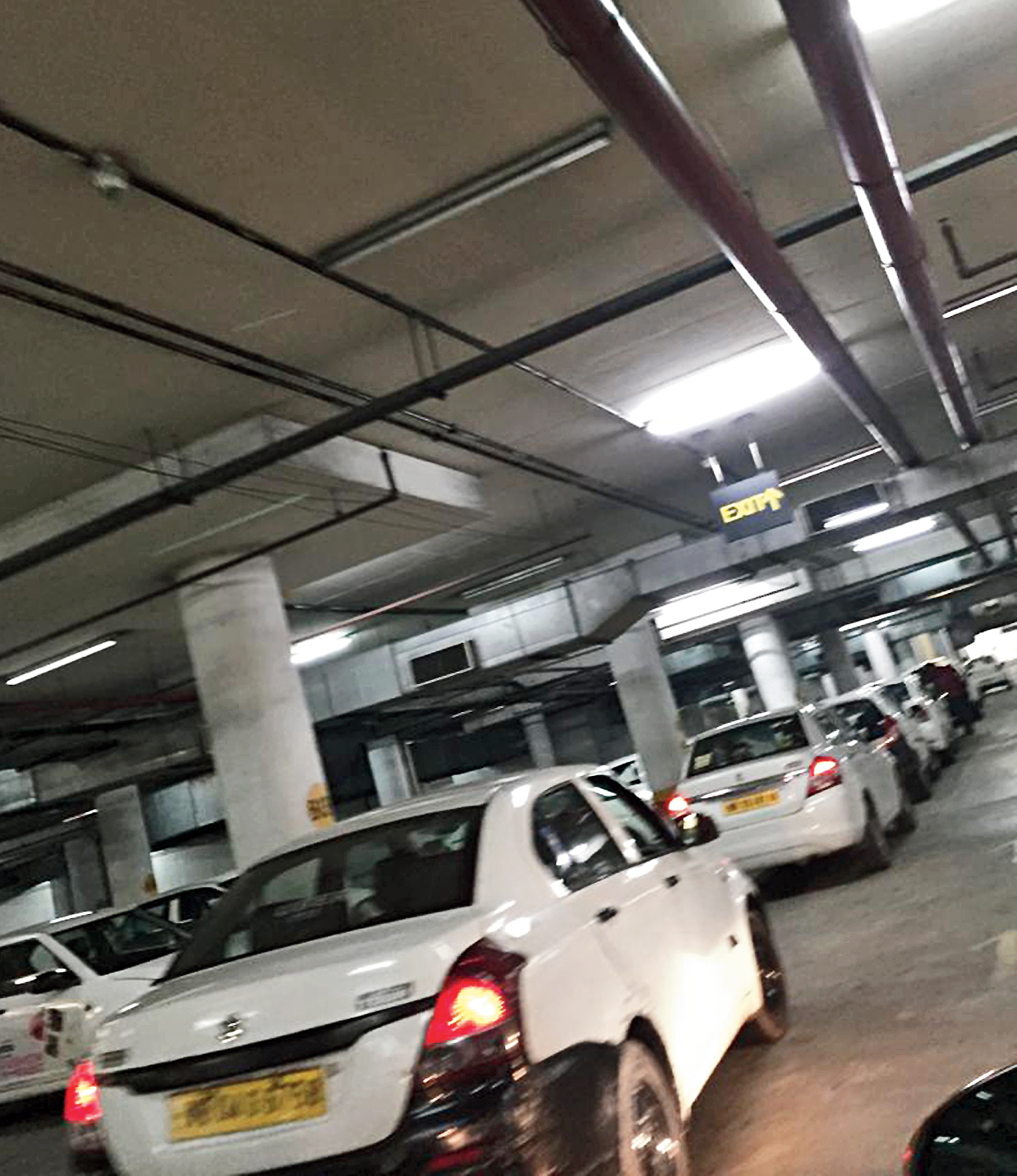 Ritu Khanna, a US resident holidaying in Calcutta, had returned to the city from a short trip to Varanasi with her friend last week.

Khanna’s car was in the parking lot. She said she had to wait for 20 minutes after calling her driver for the car to arrive in front of the terminal. Her friend, she said, had to wait for half an hour.

An airport official attributed the mess to congestion in the lanes that cars take to travel from the parking lot to the pick-up space in front of the terminal.

“There are two lanes for cars to leave the parking space on their way to pick up passengers in front of the terminal. Earlier, only private vehicles would ply through the lanes. Now, thousands of app cabs are using them, too. There is no alternative since app cabs have been allotted space in the parking lot,” an airport official said.

An official of the agency that runs the parking lot said around 10,000 app cabs come to the airport every day to pick up passengers. Most of the cars are parked in the basement of the parking lot in front of the terminal.

On Monday evening, Metro saw the queue of cars waiting to arrive in front of the arrival lounge had reached almost the middle of the parking lot. Some officials said the queue would be even longer during rush hours, when flights land in close succession.

“We were forced to shift app cabs to the parking lot because the space where they used to park (in front of the old domestic terminal) will soon be used for terminal expansion work.... Many illegal stalls have come up there because the app cab drivers would buy food from them. These have to be demolished,” airport director Kaushik Bhattacharya said.

Asked what the authorities were doing to reduce congestion on the way to the terminal from the parking lot, Bhattacharya said: “There was congestion for about five days. Now, we have understood the flow of cars and the congestion has reduced.”

At the Mumbai airport, app cabs are allowed to park in the parking lot. “But there is no congestion because there are several lanes for exit,” said an official of the privately managed airport.