Trinamul makes a splash in Goa, but strangely, feels the pinch

Local politicians are impressed with the hoardings blitzkrieg, the impression being the party is cash-rich; hence allegiance is being promised in exchange for money 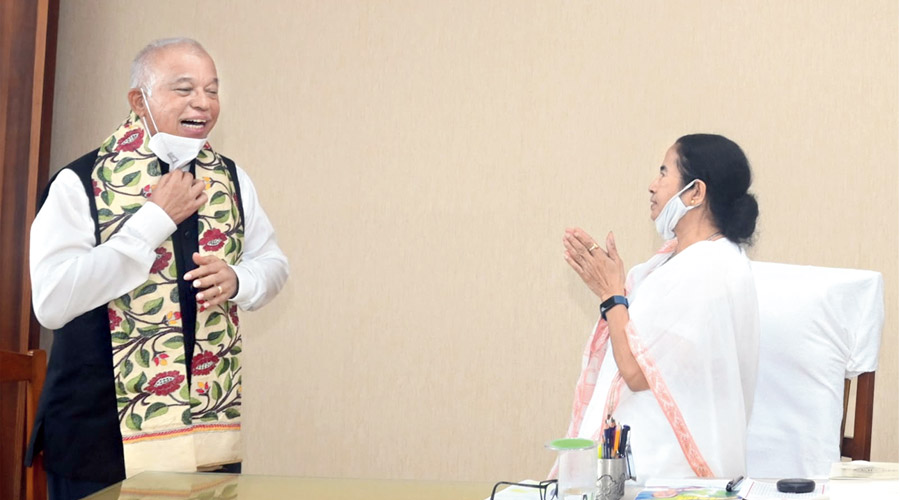 Being a member of the Communist Party, Bhattacharjee had his role clearly defined and was under no compulsion to splash his photographs on hoardings and banners beyond the borders of Bengal. Mamata Banerjee, on the other hand, is compelled to be seen outside Bengal since the chief minister is nursing national ambitions once again _ this time with political strategist Prashant Kishore guiding the party, the Trinamul seems to be taking more confident steps in its attempts to spread wide and not thin.

Visibility is now demanding a price from the Trinamul which the party never thought it would have to pay. Local level politicians in Goa are apparently impressed with the huge hoardings and banners that have been put on the roads connecting Panaji with Mapusa in the north and Margao in the south.

“The huge banners from the Trinamul Congress have given rise to the impression that the party is a cash-rich one. That has evoked a lot of interest. Heads (Panchas) of villages and former heads are making demands for money to work for the party,” said a source.

Mamata has always claimed that proceeds from her painting sales and royalties from the 102 books that she has written in Bengali, English, Urdu and translated into Alchiki, help fund her party's activities. Income records provided by the Trinamul which were published by the Association for Democratic Reforms revealed between the years 2010 to 2015, Rs 646.90 lakh was earned from sale of paintings, which accounted for 14 per cent of the party’s income. In the 2019-20 fiscal,  the party had received Rs 8,08,35,000 crore in donations from 63 donors as per the income-expenditure statement for the year.

The way politics works in Goa suits the Trinamul’s style. In the ten years that Trinamul has governed in Bengal, it has managed to win over politicians from the Congress, the Left and also the BJP.  Goa has seen similar switchovers that made a mockery of elections. In 2017, for example, the Congress bagged the highest number of seats winning 17 out of the 40. The government however was formed by the BJP which allied with other local parties and then worked to engineer defections within the Congress.

The Congress now is left with only four legislators.

It is quite likely that the murky waters of Goan politics will turn murkier with the arrival of the mercurial Mamata Banerjee. The Trinamul can teach a lesson or two in defections to most political parties in the country. Since her stupendous victory in the Bengal polls, Mamata has stepped up the ante in projecting herself as the only viable alternative to the BJP’s Narendra Modi and has been systematically targeting the Congress leadership, especially Rahul Gandhi.

While Mamata’s foray into other states is not new, this time there is a marked difference that the party has shown in picking up individuals. Like Sushmita Dev, who has been nominated for the Rajya Sabha from Bengal, but is most likely going to be the party’s face in Tripura. Her father, the late Santosh Mohan Dev, was the only Congressman, apart from a member of the Gandhi family, to have represented two different states in Parliament, Assam and Tripura.

In Goa, the Trinamul has bagged the two-term former chief minister Luizinho Faleiro. “Doubts will remain. As the Congress leader, Faleiro could not keep his flock together, how can he be expected to bring Trinamul to power in a state which is completely alien to us?” asked a south Calcutta Trinamul leader.

Faleiro, however, dismissed all misgivings about his new party in the state. “All surveys indicate people of Goa want a change and the only party that can provide a credible change is the Trinamul. We are working very hard towards that,” said Faleiro.