Railway sources said that around 3am, the on-duty patrolling staff spotted the damage 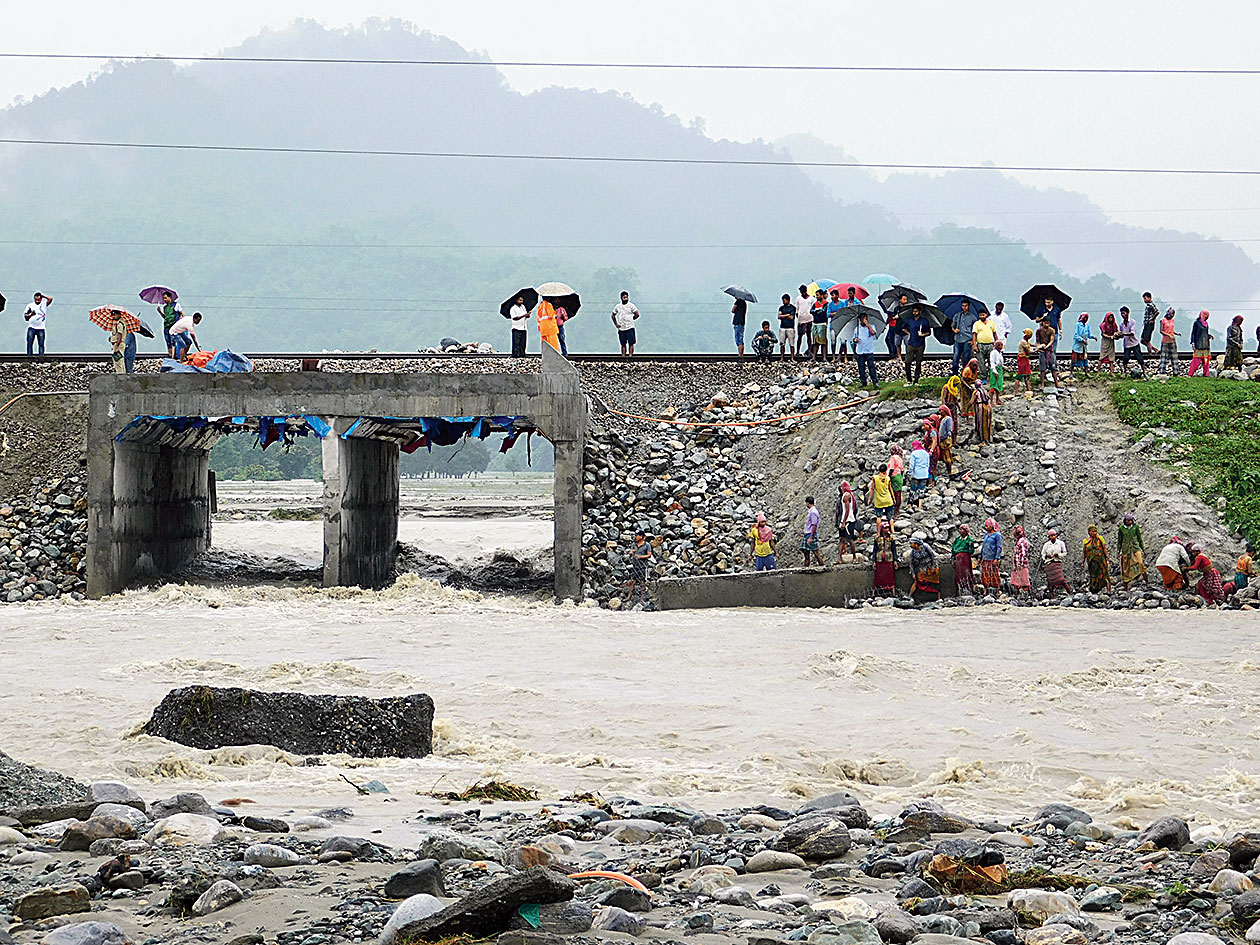 Repair work in progress on the Dooars rail tracks over the Gheesh river in Malbazar sub-division of Jalpaiguri after earth from both sides caved in on Thursday.
Picture by Biplab Basak
TT Bureau   |   Siliguri   |   Published 11.07.19, 07:24 PM

Train movement along the Dooars on the tracks that connect the Siliguri and Alipurduar junctions came to a halt early on Thursday after earth on both sides caved in and was washed away by the rain-swollen Gheesh river near Malbazar in Jalpaiguri district.

Engineers and workers rushed to the spot, but could not carry out repairs in full swing as it continued to rain through the day. Officials of the Northeast Frontier Railway have hinted that it might take another day to finish the work and resume train movement.

Railway sources said around 3am, the on-duty patrolling staff spotted the damage.

“There is a 25m-long culvert under which the Gheesh passes between Bagrakote and Damdim stations. Since Wednesday night, the river has been swelling because of the monsoon rains and gobbling up earth on both sides of the culvert. Also, a portion of the earth near the tracks has caved in because of this sudden erosion. This has weakened the pillars of the culvert. So, we have stopped train movement. We need to strengthen the affected patches with boulders to ensure that the tracks stand on firm ground,” said an official.

A number of passenger trains between Siliguri and other places in north Bengal and Assam, via the Dooars, has been cancelled. Four long-distance trains — the Mahananda Express, Indore Express, Capital Express and the Kanchankanya Express — were diverted through the New Cooch Behar-Falakata-Dhupguri-New Jalpaiguri route.

Thousands of passengers, including daily commuters, have been affected, their miseries compounded by the landslides on roads.