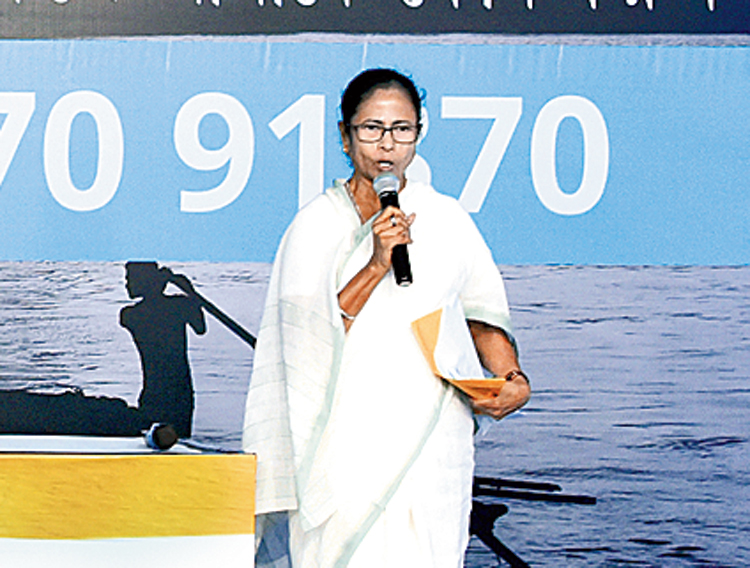 Nearly five lakh people have registered their grievances since Mamata Banerjee launched Didi Ke Bolo (Tell Didi) — a first-ever public outreach drive by Trinamul after it brought poll strategist Prashant Kishor to turn around the party’s political fortune — on July 29. A roadmap has already been drawn up to address the grievances, lodged over phone or the Internet. After speaking to multiple sources, The Telegraph learnt that the following process had been devised to deal with the complaints.

Step 1: An executive picks up the phone when a complainant calls up the helpline number of Didi Ke Bolo (9137091370) at a call centre in Rajarhat near Calcutta. A 250-member team runs the call centre. The executive notes down the name and address of the caller, and the nature of the grievance. The complainant is usually assured of getting a call-back within 48 hours. Complaints received over the Internet are also recorded in this prescribed format.

Step 2: Majority of the complainants get a call-back from Team Prashant Kishor and are requested to share details of his/her grievances.

Step 3: The executive, who records the details of the grievance, then prepares a note in a Microsoft Excel sheet with multiple columns — name, address, phone number of the complainant and the exact grievance. The sheet comprises two columns — primary report and action-taken report — that are filled up later.

Step 4: The excel sheet is then sent to the chief minister’s grievance cell at Hemanta Basu Bhavan in Calcutta’s BBD Bag. The grievance cell — headed by a senior IAS officer in the rank of a secretary — scans each complaint and forwards it to the department concerned. For example, if there is any complaint against a food and supplies department official, it is forwarded to that department.

Step 6: Once a grievance is addressed, the excel sheet is sent back to the chief minister’s grievance cell, which keeps a record of how many complaints are addressed and how many are pending. The report — prepared everyday — is accessed by Team Prashant Kishor.

This corporate-style grievance redress, however, is facing occasional hurdles. Sources have referred to the following glitches:

(1) The complaints sent by the chief minister’s grievance cell are not easy to address within seven days as the departments need to follow certain procedures before taking action, a source said.

For example, some of the complaints are related to retired employees not getting pension and these cannot be solved within seven days, said a source. “We need to find out the reason behind the delay. Majority of such cases are because of the employees’ failure in securing vigilance clearance. And it is not possible for us to get vigilance clearance within seven days for the complainant,” the official said.

(2) The complaints against political leaders is another problem area, said a source, adding that there are no clear instructions on how to handle them.

“There has been a complaint against a minister, who apparently has been holding back the mutation of a land parcel as his demand for a Rs 25-lakh kickback has not been met by the land-owner. There is no clarity on how to handle such complaints,” said an official.