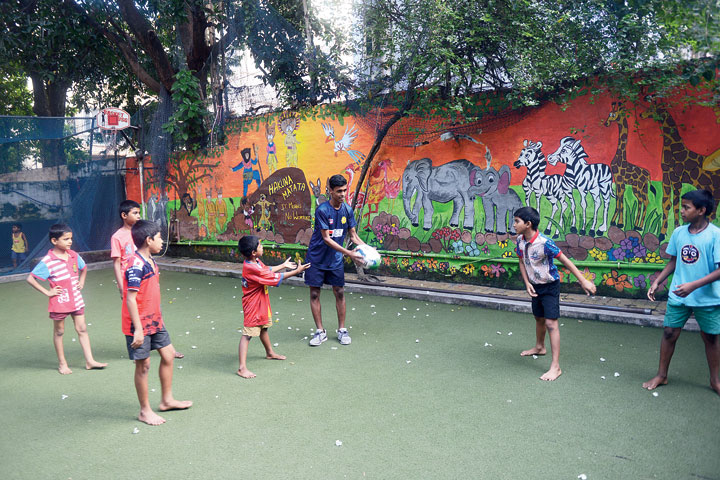 A 13-year-old boy, whose family lives in a slum in a Howrah pocket, will go to Japan later this month to witness the biggest stage of his favourite sport.

“Rugby is my life and I can’t wait to see my favourite players in action. I support Wales,” said Jahangir.

Jahangir will accompany seven other budding rugby players from India and two representatives from the Indian Rugby Football Union to the land of the rising sun. The group will land in Yokohama on October 23 and watch the first semi-final slated on October 26.

Jahangir’s father passed away several years ago. His family lives in Howrah’s Bakhrahat. His mother works as a domestic help. He has three brothers and four sisters. He has been in Future Hope School for five years now.

Two of his elder brothers are former students of the same school on Rowland Road, run by the Future Hope Foundation, an NGO that works for street children.

Jahangir, who lives at the foundation’s hostel, is an all-rounder when it comes to sports. He was the captain of the school’s kabaddi team that won the inter-state championships in 2018. He is an integral part of the football squad as well. In 2017, he went to Singapore to take part in an invitational rugby tournament.

To popularise the sport, the Indian Rugby Football Union (IRFU) has partnered with Societe Generale, a French multinational investment bank that is the official sponsor of the world cup, to send eight under-14 rugby players to witness the live action at 2019 tournament. “The representatives from India will interact with kids from various countries and take part in workshops. It will be a great learning curve,” said Bhavna Jhingan, a rugby player and member of the Bengal Rugby Football Union who will accompany the Indian contingent to Japan.