Tea workers and staff get interim hike of 15% in pay

Wages and salaries raised with effect from January 1; planters asked to clear dues before July-end 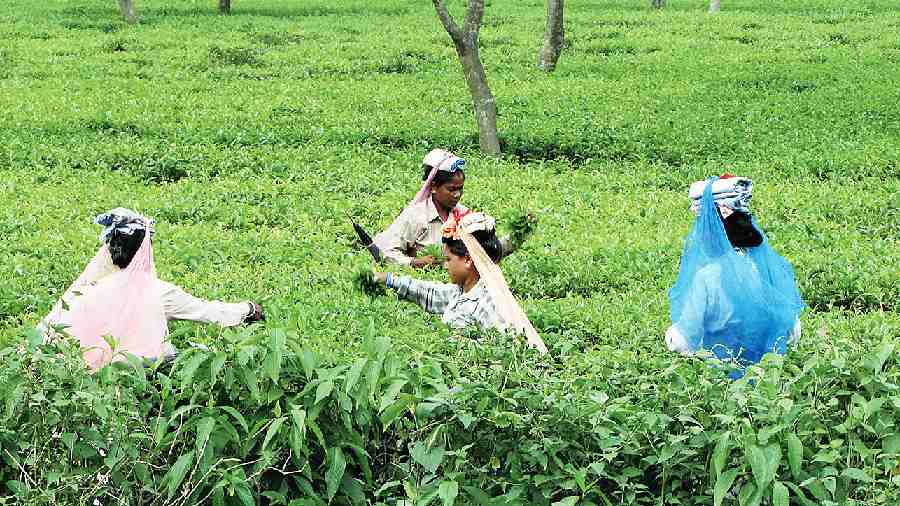 According to the notification issued by state labour commissioner Amarnath Mallick, the daily wage would increase from the existing Rs 202 to Rs 232.
Telegraph Picture
Avijit Sinha   |   Siliguri   |   Published 15.06.22, 12:22 AM

The state labour department issued a notification on Tuesday for an interim hike of 15 per cent in wages of workers and salaries of staff and sub-staff in tea gardens of north Bengal with retrospective effect from January 1.

According to the notification issued by state labour commissioner Amarnath Mallick, the daily wage would increase from the existing Rs 202 to Rs 232. The staff and the sub-staff (non-managerial employees) will receive a flat hike of 15 per cent in their existing gross salaries.

“The new rates will be effective from January 1. Tea companies have been requested to clear the arrears (from January) in two instalments by the end of July,” said a source in the labour department.

In the past few months, the labour department had held talks between trade union leaders and planters for an interim hike in the wages and the salaries of the workforce. However, the planters’ associations and unions could not reach a consensus on the rate.

Earlier this month, chief minister Mamata Banerjee had announced the hike at a public meeting in Alipurduar district.

Altogether, over three lakh workers and around 10,000 staffers and sub-staffers serve the north Bengal tea sector.

Tea planters said they were worried over the rise in the cost of production following the pay hike.

“Tea prices are not high these days. Even then, we had agreed to the pay hike but had said the raise should not have a retrospective effect…. Every tea estate will have to shell out hefty amounts to clear the arrears,” said Prabir Bhattacharjee, secretary general, Tea Association of India.

A tea planter based in Siliguri said a tea garden with 1,000 labourers would have to pay arrears to the tune of Rs 50 lakh. “Added to it are the revised salaries of the staff and the sub-staff since January 1. The amount required for regular wage payments, usually made in a fortnight, will rise because of the revision. We are keeping our fingers crossed,” said the planter.

Mannalal Jain, the working president of the Trinamul Cha Bagan Workers’ Union, said workers were grateful to the chief minister who had declared the pay hike.

Gopal Pradhan, who heads the RSP-backed Dooars Cha Bagan Workers’ Union, however, had a different opinion.

“A unilateral decision was made on the pay hike and we were not involved in the process. We will discuss the matter with workers,” he said.

There are over 40 tea estates in the SMP area and 87 in the Darjeeling hills which are under the jurisdiction of the GTA. “The pay hike is paltry. We believe the hike has been made not to address the financial crisis of tea workers but to influence them to vote for Trinamul. The notification on the pay hike is an outright violation of the model code of conduct,” said Bista, a national spokesperson for the BJP.