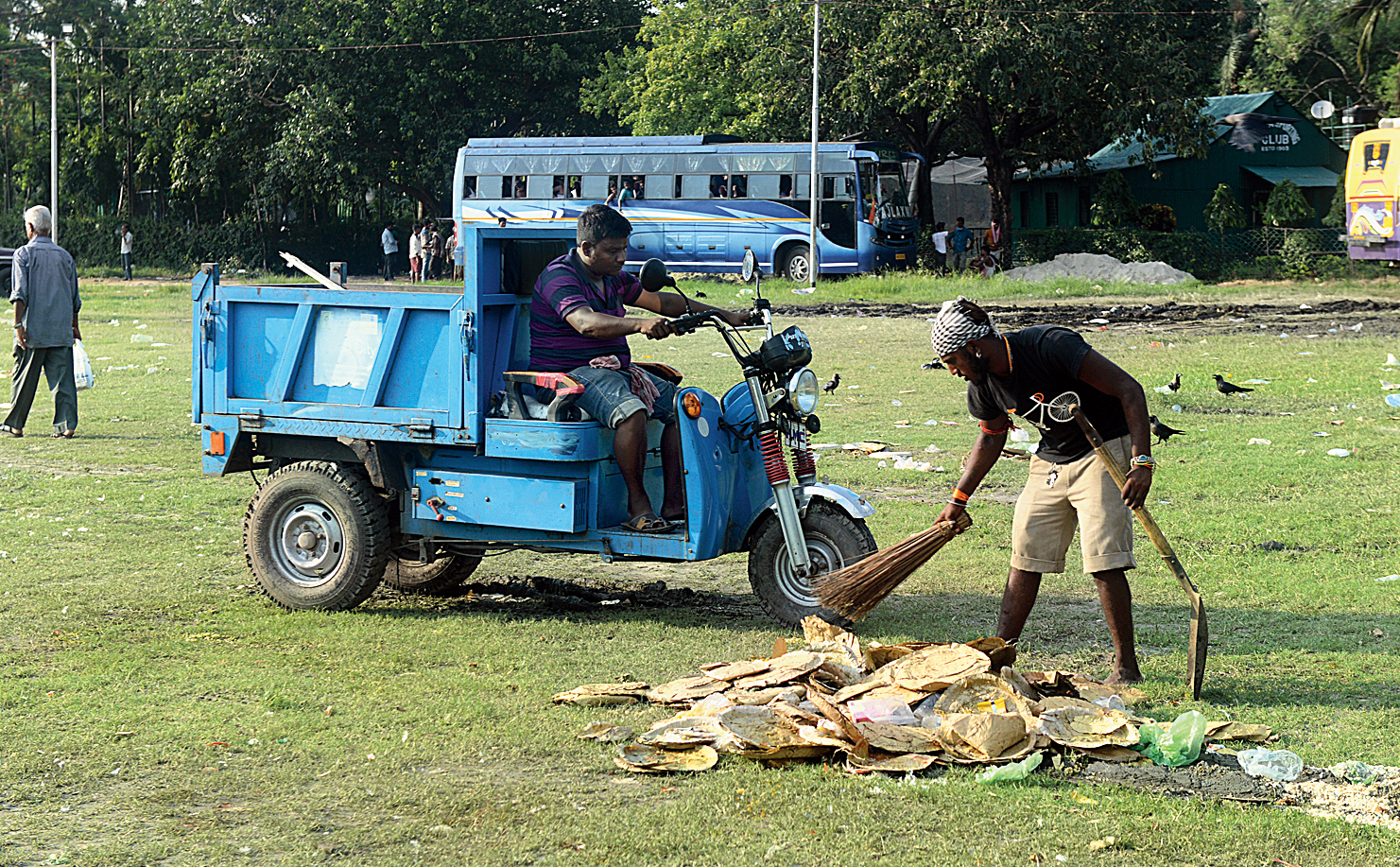 A civic worker sweeps sal plates, plastic and other waste on the Maidan after the Trinamul Congress rally on Sunday. Waste collector vans (like the one in picture) were used to transport the waste.
Subhajoy Roy   |   Calcutta   |   Published 21.07.19, 09:11 PM 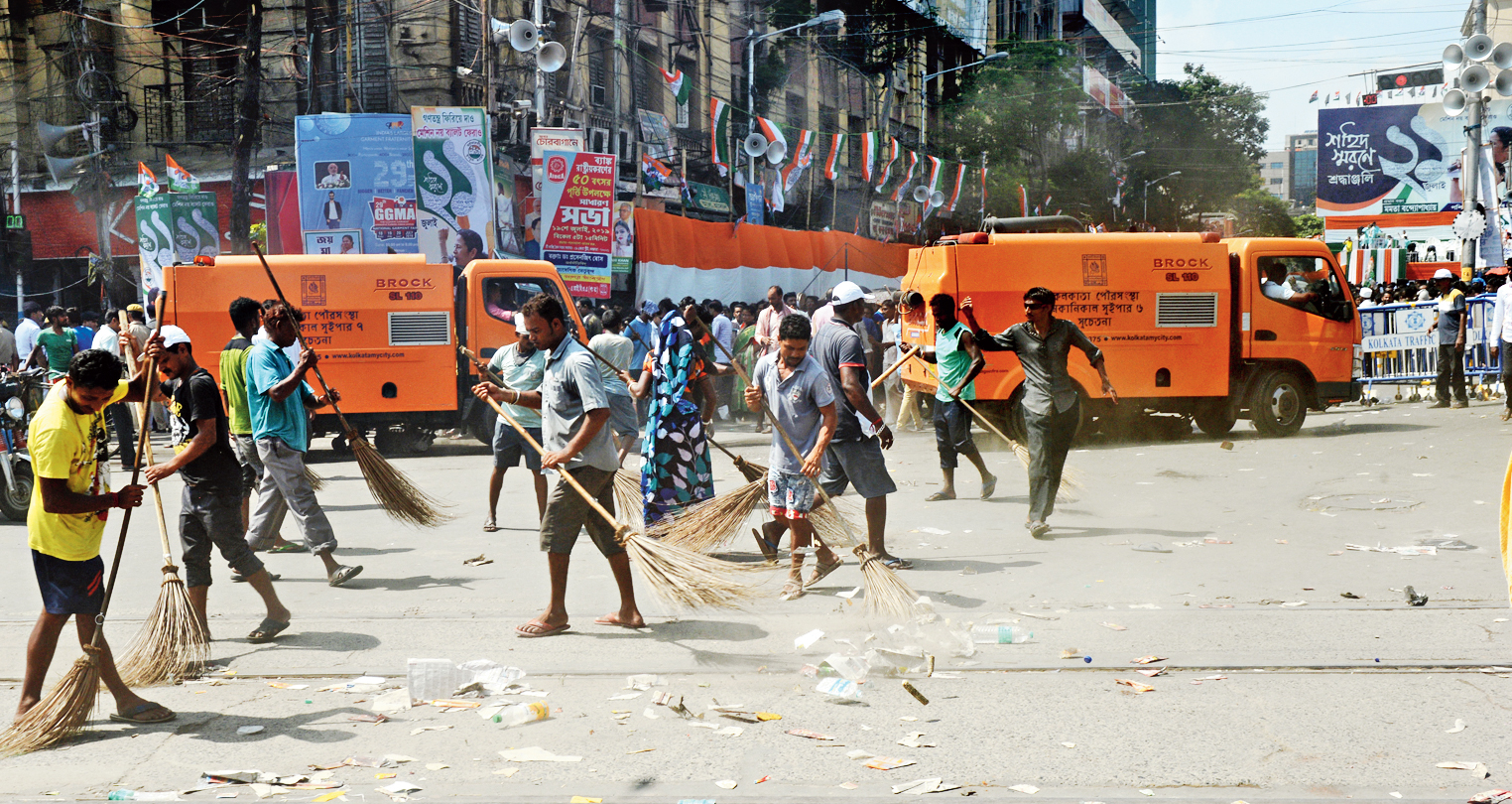 Brooms at work at the rally venue.
Pictures by Pradip Sanyal and Bishwarup Dutta
Advertisement

The litter that had accumulated on the streets of Esplanade and on the Maidan during the Trinamul Congress rally on Sunday were mostly cleared by the evening.

Hundreds of men and women, armed with brooms, were at work. Corporation officials said about 650 men and women were deployed to collect the waste left behind by party workers and supporters who attended the rally.

The waste was ferried to the Dhapa landfill site.

Ninety per cent of the clean-up had been completed by Sunday evening and corporation officials promised to wrap up the rest by midnight.

“We cannot keep the roads littered. Monday is the first working day of the week

and we have to clean the roads before that,” a civic official said.

Corporation workers collected the waste, which was then picked up and kept in green bins along Jawaharlal Nehru Road. The bins were clamped on to mini-waste collection vehicles that automatically picked up the bins and turned them upside down so that the waste fell into the vehicles.

Waste from eight grounds on the Maidan was collected in one place, picked up and put into movable compactors. The compactors compressed and reduced the volume of waste by squeezing the air and water out of it.

“Cricket and football practice sessions are held on the Maidan every morning. We cannot leave the grounds dirty. Also, if the waste is blown away by wind, the roads around the Maidan will once again become dirty,” a civic official said.

Trinamul sources said the party had also deployed volunteers who lent a hand in the clean-up work.

The dismantling of the dais began soon after the rally ended. “Our target is to have nothing left on the road by Monday morning so that weekday traffic is not hindered,” a party leader said.

But he admitted that dismantling was a tough job and the deadline could be missed.

Metro had reported on April 5 how plastic packets, styrofoam plates and cups lay scattered on the Brigade Parade Grounds about 24 hours after Prime Minister Narendra Modi had addressed a BJP rally there.