On June 11, a clash had left two persons dead in Bhatpara, the home turf of Barrackpore BJP MP Arjun Singh 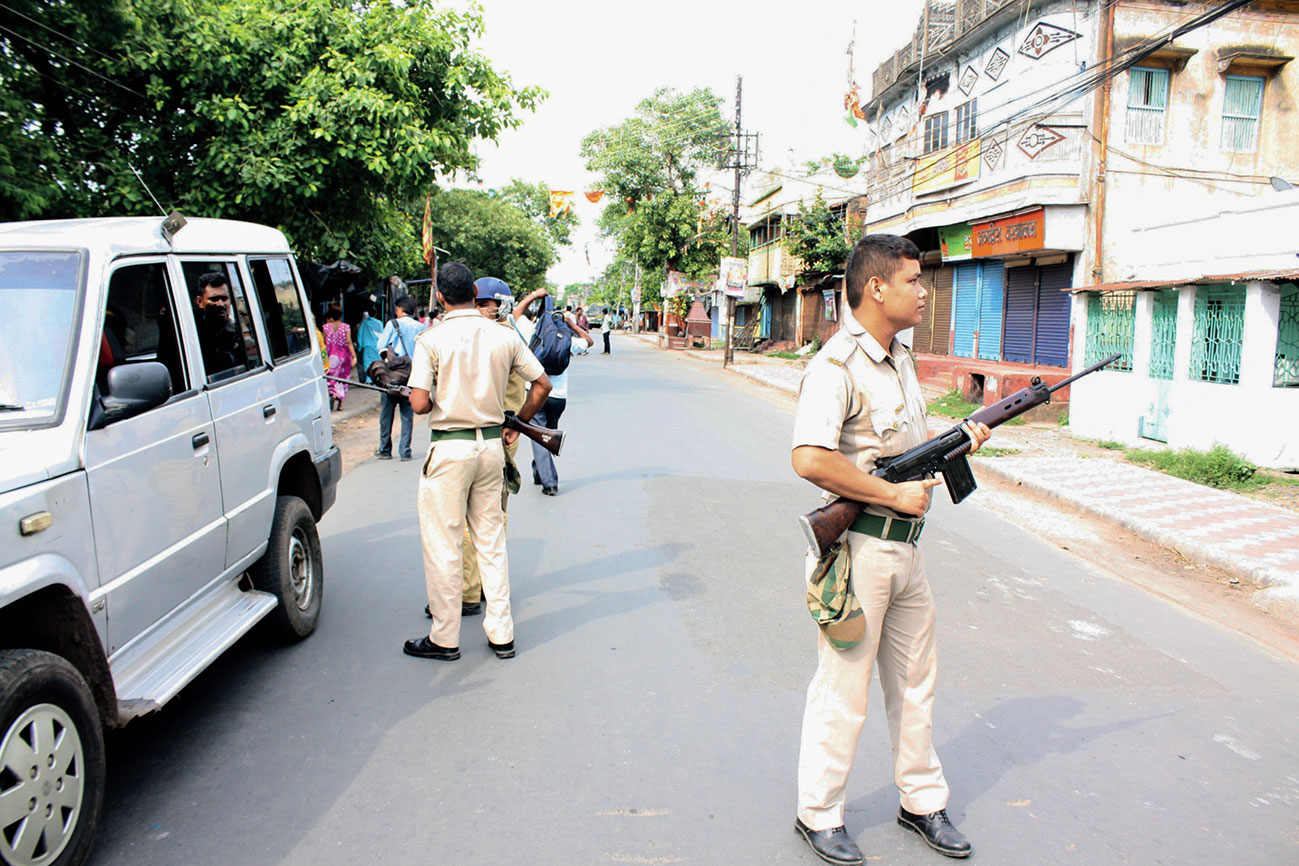 The death of two persons here on Thursday was the fallout of a turf war between the BJP and the Trinamul Congress since the Lok Sabha poll results, senior police officers said.

On June 11, a clash had left two persons dead in Bhatpara, the home turf of Barrackpore BJP MP Arjun Singh.

Since then, hundreds remained out of their houses, forcing chief minister Mamata Banerjee to rush down to Naihati — her first appearance since the Lok Sabha election results were out.

“We have recovered some country-made revolvers that were probably left behind in the face of a police chase. The infiltration of arms in Bhatpara, Kanikanara and the adjoining areas suggests adequate preparations have been made to counter any attempt to control these areas,” a CID officer said on Thursday.

A CID team visited Bhatpara late on Thursday with Bengal DGP Virendra after Section 144 was clamped in the area. But that did little to allay the fears of local residents.

Shops around Ghoshpara area of Bhatpara remained shut. Roads were deserted and all lanes and by-lanes had barricades around them even as fear hung heavy.

Intelligence officers said the latest violence was pointer to how things were slipping out of the state’s control at a time the BJP was gradually gaining strength.

Home department brought in a new police commissioner for Barrackpore on Thursday. He is the third officer to become the commissioner after D.P. Singh was first chosen for the post, followed by Tanmoy Roy Chaudhury.

The new police commissioner was brought in after Mamata held an emergency meeting with senior bureaucrats, including chief secretary Malay De and home secretary Alapan Bandopadhyay, at Nabanna.

The chief minister instructed the top government officials to bring the situation under control within 72 hours.

Sources said the chief minister had made it clear that she wouldn’t tolerate the trouble being created by some outsiders, along with local criminals.

“The chief minister asked why those criminals had not been arrested so far and why illegal arms not seized. She asked the DGP to take action within three days,” said a source.