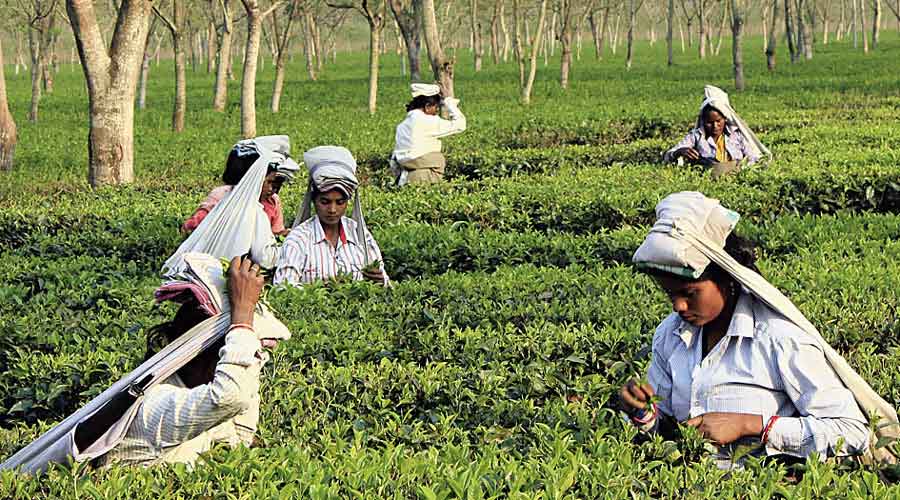 A national body of small tea growers has written to Union commerce and industry minister Piyush Goyal, requesting him to announce a minimum support price of Rs 25 per one kilogram of tea leaves produced by them.

The Confederation of Indian Small Tea Growers’ Associations (Cista) said there was a steady decline in the tealeaf price in the past few weeks in Assam and Bengal.

“We are nowadays selling one kilogram of tea leaves in the range of Rs 15 to Rs 18 whereas the minimum cost of production is Rs 19 per kilogram. Most small tea growers run families out of the earnings they make by selling tea leaves. If the price continues to remain below the cost of production, we doubt how long they would be able to sustain the loss,” Cista president Bijoygopal Chakraborty said.

India has altogether around 2.5 lakh small tea growers who contribute around 51 per cent of the total production in the country. Anyone who owns not more than 25 acres of tea plantation is classified as a small grower.

Assam has around 1.3 lakh small tea growers and Bengal has close to 50,000. The small tea sector emerged in the past two decades. While small tea plantations mushroomed on one hand, bought leaf factories or BLFs came up on the other hand. The BLFs buy the leaves from the growers and process them.

“The Tea Board of India had earlier taken some initiatives to ensure that the growers got a fair price. But most of the factories do not adhere to the regulations framed by the board. Hence, we have requested the Union commerce and industry minister to declare a minimum support price of Rs 25 for the tea leaves produced by small growers,” the Cista president said.

In another development, the Tea Board has come up with a circular, mentioning that a section of tea manufacturers is violating the Tea Marketing Control Order of 2003.

According to the order, all the tea manufacturers will have to sell at least 50 per cent of their annual production through auctions.

“The board went through the figures at auction centres spread across the country and found out that there were a number of gardens which were violating the order. While several estates are routing less amounts of tea through auctions, some others are not sending the brew for auction at all,” said a source in the Tea Board.

“If the tea gardens do not adhere to the order, the board will take actions,” the source added.