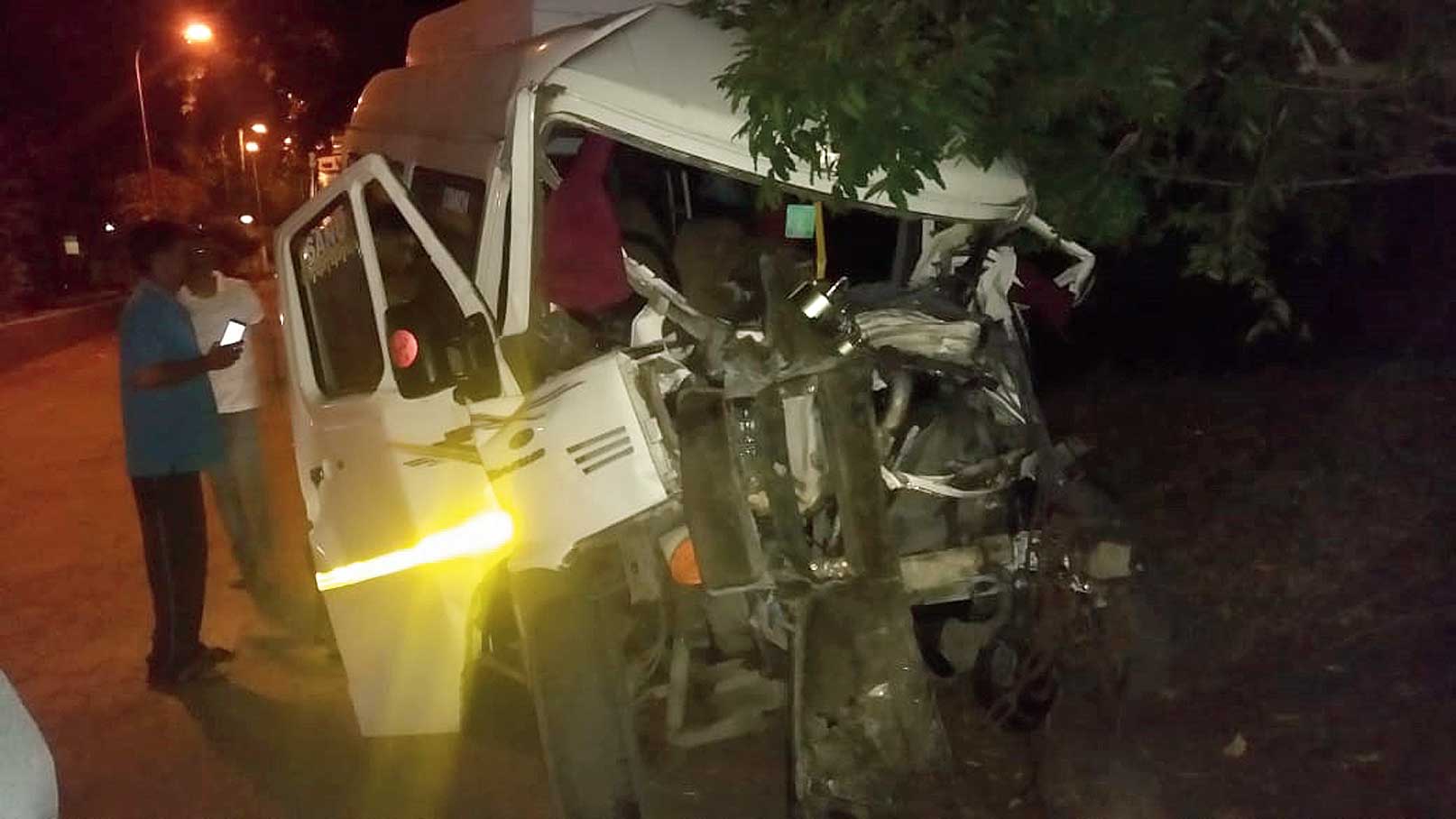 Police suspect the driver of the 14-seat vehicle, Sandip Tai, 26, fell asleep when he crashed into the giant goods carrier near the Dankuni toll plaza, about 20km from the heart of the city, around 8.45pm.

“The front portion of the Tempo Traveller went under the trailer, which rammed into another trailer under the impact of the crash. It seems the Traveller was moving at a very high speed. We suspect the driver dozed off,” said an officer of Dankuni police station.

“The Traveller was extracted with the help of two small cranes. It took us almost an hour to complete the rescue operation.”

The 14-wheel trailer that the Traveller rammed into was loaded with barbed wires.

The two men who died were Shanti Ranjan Paul, 66 and Basudeb Karmakar, 65. “They suffered brain injuries. Karmakar was declared dead on arrival, while Paul died after being admitted,” said an official at Phoenix Hospital in Dankuni, where most of the victims were taken.

Tai, 26, and Biswajit Paul, 40, who was seated beside the driver, remained stuck under the trailer till the police pulled out the Traveller. “The Traveller’s engine had mounted on their limbs and they were writhing in pain. After the vehicle was pulled out, we broke open the door with spades. The windscreen had to be smashed. An hour had passed when the driver and Paul were rescued. The other victims had been rescued by then,” another officer said. 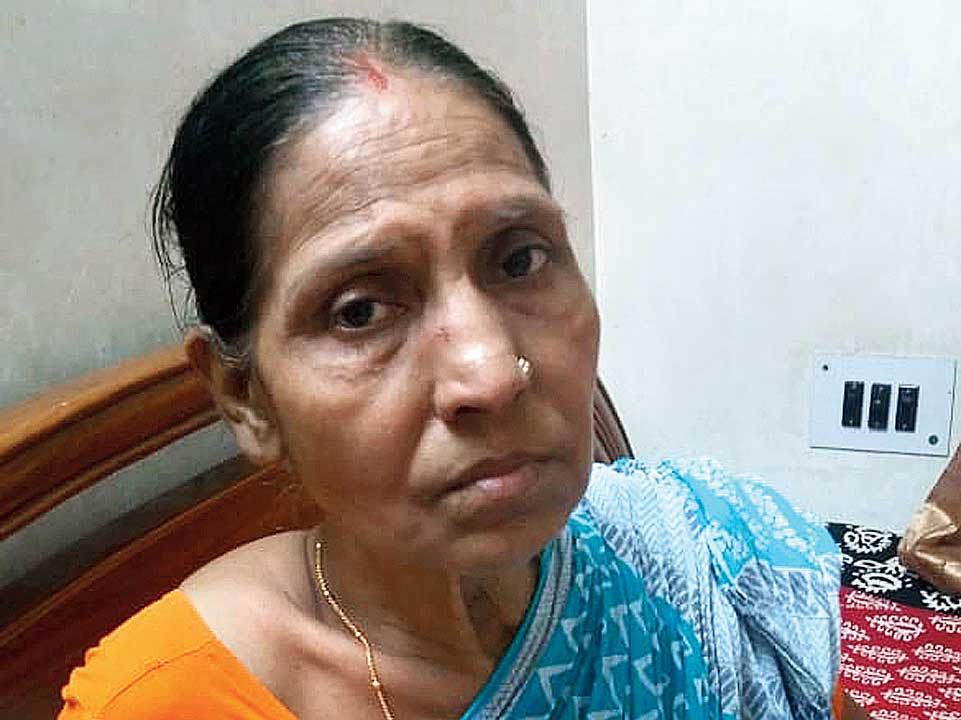 As no more beds were vacant at Phoenix Hospital, which is close to the accident spot, the police took the two to Arunoday nursing home, around a kilometre away.

The members of the two families were later shifted to AMRI Hospitals, Dhakuria, and the driver to NRS Medical College and Hospital.

The driver has been arrested on the charge of rash and and negligent driving.

The two elderly men who died were the father and father-in-law of Biswajit and his brother Prasenjit.

Thirteen members of the two families from P Majumdar Road in Kasba’s Haltu had left for the temple town in Birbhum on Thursday afternoon to offer puja in the name of Prasenjit’s twins — Reedan and Ridita, said family friend Debraj Bhaumik.

The vehicle had been hired from an agency in Calcutta.

Shanti Ranjan Paul’s wife Chinurani, 53, who was seated in the rear of the Traveller, said most members of the group were sleeping when the accident occurred.

“Our vehicle came to a screeching halt and then there was a deafening noise. We were thrown off our seats. We cried out for help and were stuck in the vehicle for close to 15 minutes, till local people broke open the rear door and rescued us,” the woman said.

Among the others in the vehicle were Shampa Karmakar, mother-in-law of Biswait and Prasenjit; her sister Manju Karmakar; Manju’s husband Shailendra Karmakar; Biswajit’s wife and son, Piyali and Prithwijeet; Prasenjit; his wife Sreyoshi and the couple’s twins.

“Biswajit Paul and Manju Karmakar are in the intensive care unit. The rest are in general wards. Most of the victims are being treated for orthopaedic and neurological injuries,” an AMRI official said.

Durgapur Expressway has witnessed a number of accidents in recent times.

Metro had in April 2017 published a report which referred to the findings of a study by the National Highways Authority of India that slow-moving vehicles, illegally parked trucks and multiple crossovers had made the expressway prone to accidents.

On March 7, 2017, folk singer Kalikaprasad Bhattacharjee had died in an accident on the expressway near Gurap.

In October 2016, Trinamul MP Abhishek Banerjee was injured in an accident near Singur. In June 2015, three people were killed on a Sunday when their Chevrolet Aveo rammed into a lorry from behind on the expressway near Dadpur in Hooghly.