Residents of Jorpatki, who are still seething in anger, want exemplary punishment for the CISF jawans who had opened fire 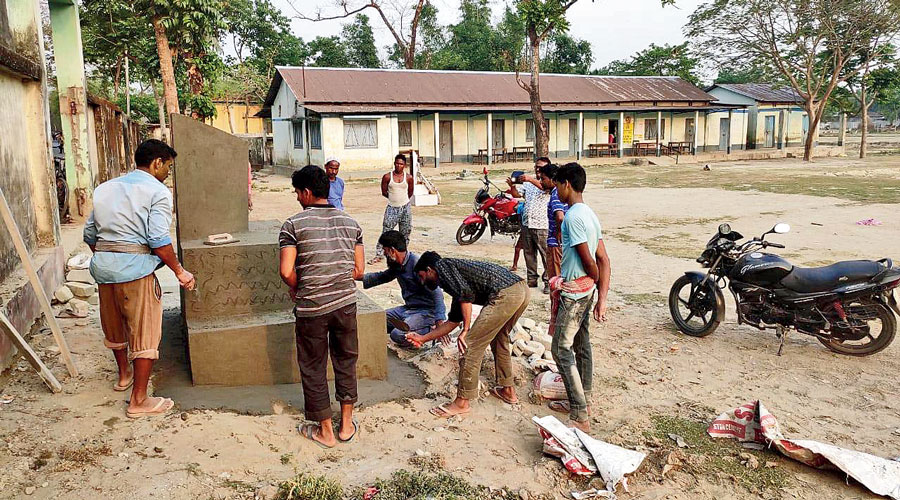 The probe into the CISF firing outside a booth in the Sitalkuchi Assembly constituency on April 10 has been handed over to the Criminal Investigation Department, said Cooch Behar district superintendent of police Debashish Dhar.

“We (district police) have handed over details of the case to the CID. They have started investigating the case,” Dhar told the media on Friday. After the firing, the CISF (Central Industrial Security Force) filed a complaint at Mathabhanga police station. Local panchayat member of the Trinamul Congress Abdul Ghani also filed a complaint at the same police station against the paramilitary force.

Based on the complaints, the police started an investigation. But there was an outcry for a CID probe. When chief minister Mamata Banerjee me the relatives of the four deceased youths, she herself said the CID would take over the probe once the polls got over.

“However, the state police made the move earlier and it was decided that the CID would probe the case,” said a source in the administration.

Residents of Jorpatki, who are still seething in anger, want exemplary punishment for the CISF jawans who had opened fire. “Since yesterday, CID officers have been collecting details from local people, including those who were injured in the firing,” said a villager.

Cooch Behar district police have arrested four persons and seized a cache of firearms and ammunition from them, SP Dhar said on Friday.

“We acted on a tip-off and conducted a raid on a private bus stand in Cooch Behar town. During the raid, a person was intercepted and we could seize four 7.6mm pistols, 20 rounds of live bullets and eight magazines from him,” the SP said.

The police also arrested Manirul Islam, a resident of Dinhata, who is suspected to be a dealer of illegal firearms in the district. “Preliminary reports suggest he used to bring firearms and ammunition from Begusarai (in Bihar). We are interrogating him to know about other members of the racket,” the SP said.