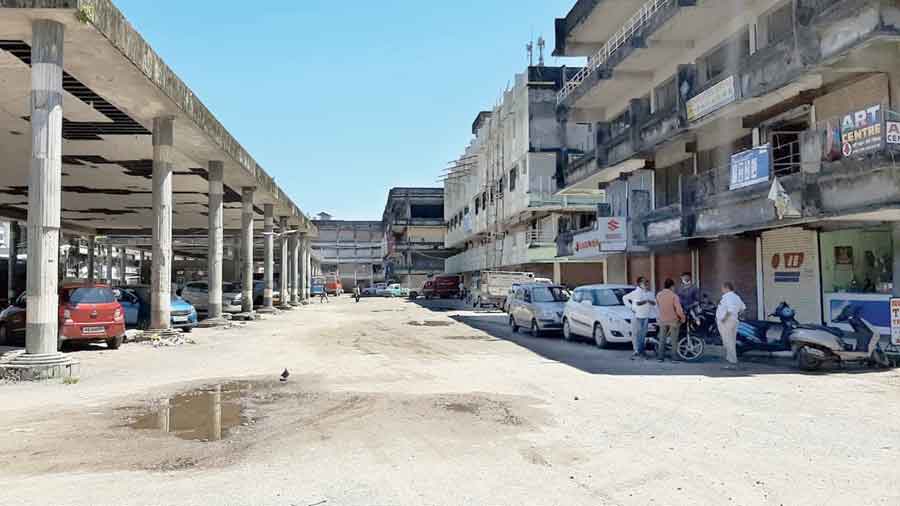 The PCM Group, a corporate house based in north Bengal, has taken up the task to revive a 20-year-old bus terminus that the group had built at busy Sevoke Road, in association with the Siliguri Municipal Corporation (SMC).

The PCM Group is a major manufacturer of railway sleepers and has plants spread across India and abroad. It also has business interests in real estate and tea, among others.

According to sources, the PC Mittal Bus Terminus, the first private bus terminus in Siliguri, was set up for private buses from Siliguri to destinations across the Dooars.

“They had set up the terminus on the basis of an agreement with the civic body. But for many years now, a handful of buses run from here, and vast stretches of land lie unutilised. That is why the plan is to revamp infrastructure and use the facility to run interstate buses and buses bound for the hills. This will also reduce traffic of Hill Cart Road from where most private buses leave” said Gautam Deb, chairman of the board of administrators of the SMC, who visited the terminus on Friday.

Deb added that recently, representatives of the PCM Group had approached civic authorities, saying they wanted to revamp the terminus.

“We discussed their proposal with the district administration and the state transport department and got their consent. So far, buses entering the terminus had to move through Sevoke Road. We decided to come up with an alternative road to link the terminus with NH31 to reduce traffic congestion,” said Deb.

Existing bus bays will be developed along with a multi-layer car parking as commercial complexes surround the terminus. The area’s landscaping will also be done.

Niranjan Mittal, a director of the PCM Group, thanked the state government and the civic body for their positive response.

“We are drawing up plans to make it a model bus terminus in the state. In due course, we will elaborate on the project,” he said.