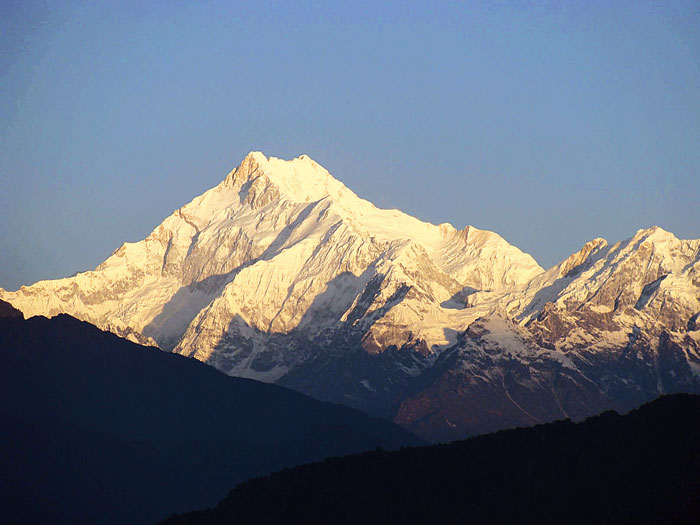 The Union home ministry has opened up 137 mountain peaks, including Kanchenjungha (8586m) — the third- highest in the world, for expeditions from the Sikkim side .

The Sikkim government had banned expeditions to the Kanchenjungha in 2001.

For peaks that are “open” to expeditions, both foreign and Indian climbers can obtain permission directly from the Indian Mountaineering Foundation (IMF), the national body for mountaineering. Earlier, the Centre’s clearance was required.

The ministry of home affairs has decided to open mountain peaks in Jammu and Kashmir, Himachal Pradesh, Uttarakhand and Sikkim, to promote adventure sports.

The decision to open 24 peaks in Sikkim for adventure tourism has been received with shock in parts of the Himalayan state because around 12 of them are deemed sacred by a vast majority of people there, particularly the Lepcha and Bhutia communities.

Sikkim government officials and social organisations said many of these peaks, including Kanchenjungha, are protected as sacred places of Buddhist worship under provisions of the Places of Worship (Special Provisions) Act, 1991.

Tseten Tashi Bhutia, the convener of the Sikkim Bhutia Lepcha Apex Committee, which espouses the cause of the two communities of Sikkim, said the decision to open the scared peaks was “a blatant mistake”.

The Sikkim Mountaineering Association had earlier this year submitted the route details of 121 peaks to the tourism department while demanding the use of the state’s natural resources to create cohesive, sustainable mountain tourism. It had identified 15 out of the 121 peaks as sacred.

Opening peaks for expeditions would invite foreigners and boost tourism in Sikkim. Mountaineers often consider the Kanchenjungha tougher to scale than the Everest, which is the highest (8848m).

This year, a mountaineer from Bengal died hours after scaling the Kanchenjungha. “It is the only peak above 8,000m that can be climbed from India. If its access is allowed from the Sikkim side as well, it will benefit Indian mountaineers who will not have to go to Nepal to scale the peak. It will reduce costs for climbers,” said Everester Debraj Dutta.

“We have to apply to the IMF to climb any peak above 6,000m in the country. The time taken for obtaining permission varies but usually it takes a month,” said mountaineer Satyarup Siddhanta, who has climbed the highest peaks of all seven continents.

For foreigners, the process would take three to five months after which they would get a visa. “Mountaineers cannot plan the expedition before they get the visa and the delay in getting clearance affects the adventure tourism promotion in India,” an IMF official said.

“The government has liberalised (the system) for the promotion of adventure tourism. For the newly opened peaks, the IMF can now directly give permission in a few days and this will promote adventure tourism,” said Col. (Retd.) H.S. Chauhan, the president of Indian Mountaineering Foundation.

The IMF had sent a proposal to the ministry of defence in 2014, where they had identified 265 peaks that could be opened. In 2015, the defence ministry had cleared 137 peaks, which the home ministry has now cleared.