The agitating junior doctors have refused to call off their ceasework 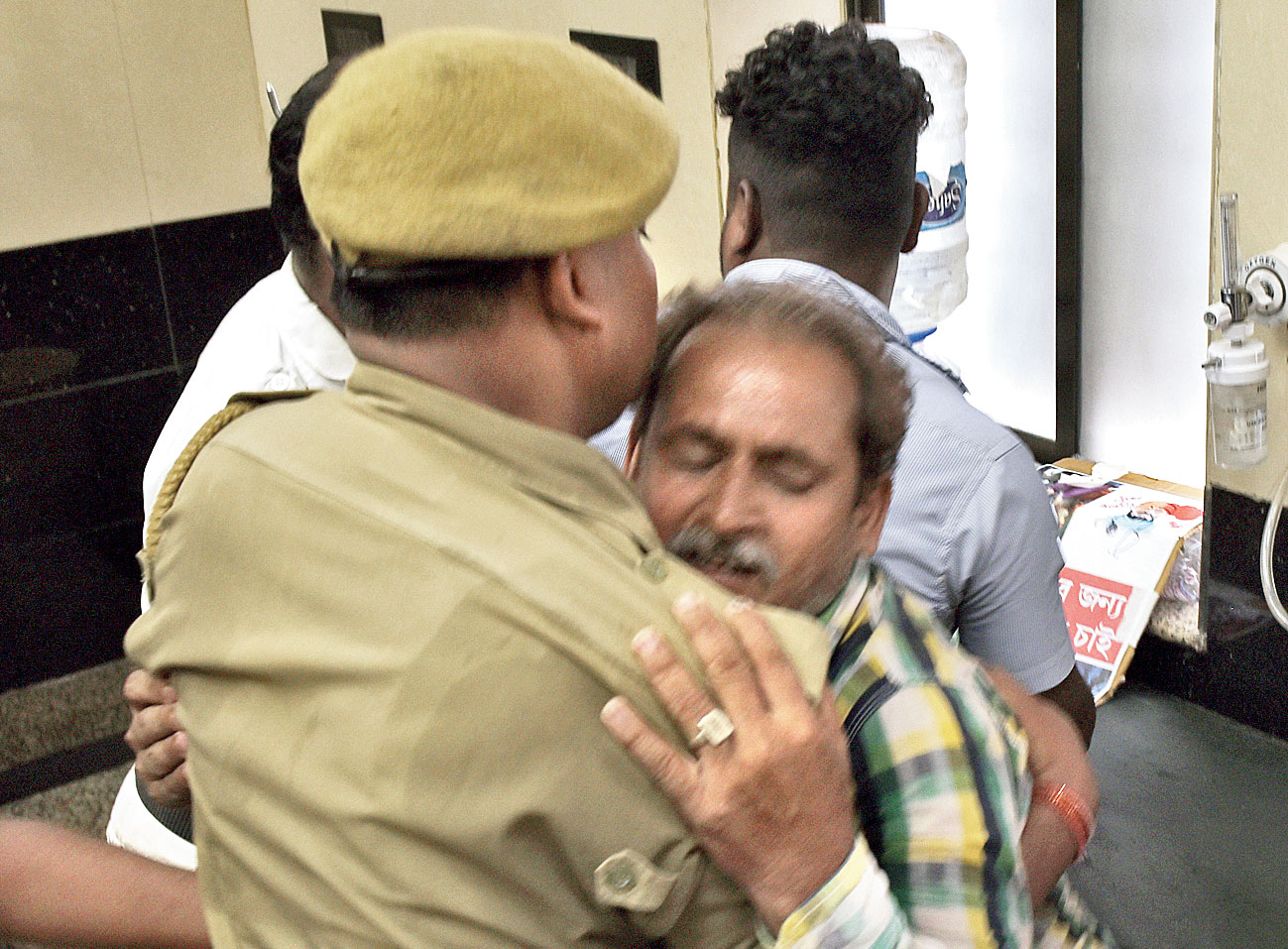 Senior doctors at SSKM Hospital will work overtime to ensure that all departments remain operational from Friday, the hospital’s academic council decided at a meeting on Thursday evening.

The agitating junior doctors have refused to call off their ceasework.

“We will take care of the emergency and OPD, along with the indoor departments,” said a senior doctor who attended the meeting.

Veteran doctors have emerged as mediators between the chief minister and the protesters after Mamata Banerjee’s visit to SSKM Hospital on Thursday afternoon added fuel to fire. The protesters assembled in the two lecture theatres inside the academic building.

The academic council’s meeting took place in the same building, which also houses the director’s office. The meeting started around 6.30pm and continued for close to an hour.

Before the meeting started, several senior doctors and departmental heads, some of them teachers at the Institute of Post Graduate Medical Education and Research (IPGMER) at SSKM Hospital, arrived at the protest venue.

The crowd cheered the arrival of every senior doctor.

A senior nephrologist said she did not want to politicise the issue but the security of interns should not be compromised with. “Young and budding doctors are being attacked across the state. The government should stop this at once,” she said.

A few hundred protesters — medical students, interns and postgraduate trainees — assembled with posters with slogans “We want justice” and “Doctors are also human beings” written on them.

Some nurses joined the protest, too.

Taking a cue from the state’s premiere referral hospital, senior doctors at other government hospitals, too, have decided to work overtime. Protests will continue at all hospitals but the emergency and outpatient departments will remain open from Friday.

“The senior doctors will have to manage everything. But with the infrastructure and staff strength in the districts, it is unlikely that they will be able to continue that way beyond 24 hours,” an official at Swastha Bhavan said.

At SSKM, some senior doctors said the protest might fizzle out once the junior doctors realise that the services are not affected.

The SSKM academic council resolved to appeal to the chief minister to send a message to the protesters to call off their protest.