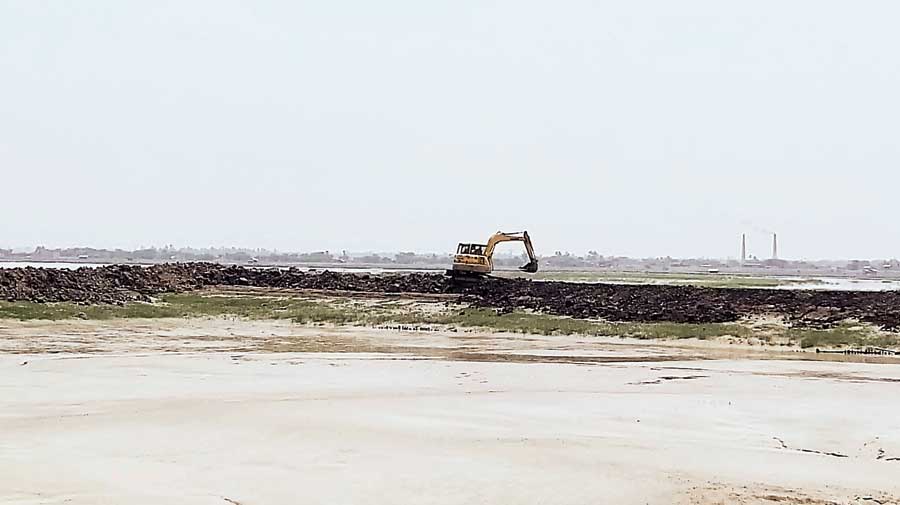 The Bengal government has asked district administrative officials in North 24-Parganas, South 24-Parganas and East Midnapore as well as the irrigation department to identify vulnerable stretches of earthen dams and repair them by May 23 before Cyclone Yaas makes landfall.

The government also directed district officials to arrange for relief equipment and material in advance so that repair and restoration works can be commenced without delay.

Irrigation minister Saumen Kumar Mahapatra held meetings with senior officials on Wednesday and Thursday and reportedly directed them to prepare for “any kind of situation” while finishing pending maintenance works by May 23.

Large swathes of North and South 24Parganas are riverine in nature, being part of the Sunderbans, and coastal areas in East Midnapore district are prone to frequent flooding from tidal waves caused by cyclonic winds.

“Owing to high tidal waves in the rivers and the sea during such storms, the earthen dams are swept away and saline water infiltrates human habitats, agricultural land and fishing bheries (farms), causing serious damage,” said a district official.

After cyclone Aila had hit Bengal in May 2009, the Left Front government had announced that all earthen dams in the Sunderbans would be converted into concrete dams. However, except for a few in Sandeshkhali block, most remained untouched by repairs.

Speaking to The Telegraph, state irrigation and waterways minister Saumen Kumar Mahapatra, said: “There are around 400km of gross stretches of earthen dams in the three districts. The maximum stretch of such dams falls in the Sunderbans, spanning North and South 24Parganas. The entire stretch in these two districts is vulnerable.”

“Last year, cyclone Amphan wreaked havoc in the Sunderbans, damaging several earthen dams. We began the repairs of the river embankment and breached stretches of the earthen dams even though the Covid situation hampered the work. We have been trying our best to complete work before the fresh threat of the cyclone,” Mahapatra said.

“However, in case maintenance work remains unfinished, our objective will be to ensure minimum damage by undertaking fast repairs and restoration work. With this target, we have begun the stocking of materials and equipment which will be required for repairs,” the minister added.

Sources in the irrigation department claimed that officials in Canning, Namkhana, Patharpratima, Gosaba, and Sagar blocks of south 24Parganas district had been asked to work on a war footing attending to the earthen dams. At the same time, similar instructions have been conveyed to irrigation officials in Sandeshkhali I and II, Hingalganj, Hansnabad, Haroa, Minakhan, and Basirhat I blocks in North 24Parganas.

“We are working in coordination with irrigation officials and hope to minimise damage in the region in case of the predicted landfall of the cyclone,” said Sandeshkhali MLA Sukumar Mahato.

Basirhat SDO Mausam Mukherjee said: “Considering the Covid situation, we have laid stress on certain important services like power, water supply and communications. To ensure uninterrupted services at hospitals, we have arranged for generators as backup.”