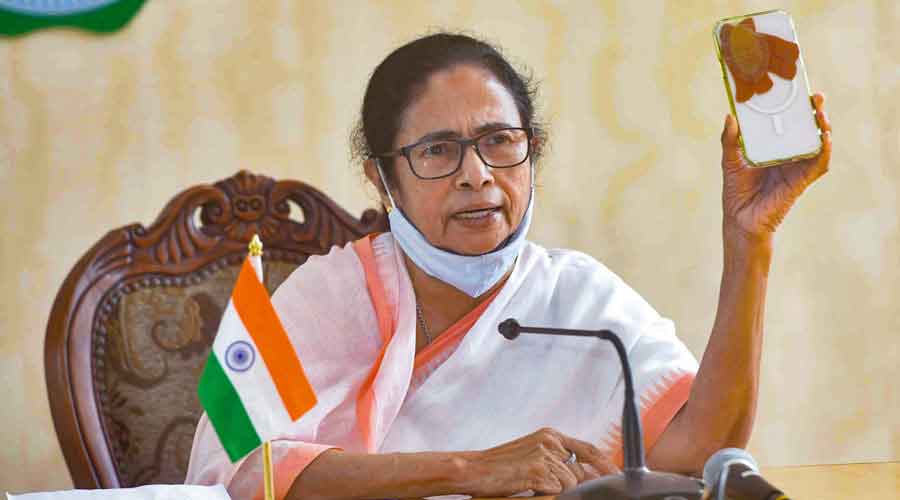 Rejection of a large number of applications under the Student Credit Card scheme by banks has prompted the Mamata Banerjee government to set up task forces in all districts to examine the reasons for the loan denial and take up the cases worth reconsideration with the lenders.

According to sources, 4,618 loans were sanctioned under the scheme across Bengal till last week, but a total of 3,468 applications were rejected during the same period.

Chief minister Mamata Banerjee launched the scheme after she had come to power for the third consecutive term in May.

“The number of rejected applications has become a cause of concern for the state government as it hurts the basic aim of the scheme. The government has decided to look into the issue seriously so that the basic essence of the scheme remains intact,” said a senior government official.

Under the scheme, any student studying from Class X to the highest level or the PhD is eligible to apply for soft loan up to Rs 10 lakh. The guarantor of the loan is the state government.

“But when the scheme was implemented at the grassroots level, it was found out that banks were rejecting a large number of applications citing various reasons. This is a headache now,” said a source.

It was evident that Nabanna was really worried over the higher number of applications getting rejected when it decided to set up task forces headed by an additional district magistrate in each district to look into each case.

“It has been observed that at times, applications are either returned or rejected by the banks on the grounds, which may affect the very basic purpose of the Student Credit Card Scheme,” reads the order issued by the higher education department to set up the task forces.

The task forces would re-examine the rejected applications and take up cases worth reconsideration with the banks.

Sources said banks were dumping majority of the applications, saying parents’ credit score was poor, loans were being claimed for non-technical courses and more than 70 per cent of the course fee was being claimed as loan.

Another official said the way applications for non-technical courses was being rejected, it was not sending a good message, particularly when the purpose of the scheme was to ensure loan for all students.

A senior official said the top brass of the government was trying to convince major public sector banks to participate in the scheme.

“Right now, the UBI and cooperative banks are sanctioning loans under the scheme. We hope major PSU banks like the SBI will join the scheme soon. Once these banks join the scheme, more students will get loans,” said an official.

A section of government officials said the picture would not look that grim if 8,000-odd applications which were provisionally sanctioned by the banks cleared the final hurdle.

“But the problem is that a large number of applicants are failing to clear the final hurdle as the credit score of parents is checked at the last stage,” a source said.