Rivers are being encroached on and water bodies filled up fast while the administration and political parties look the other way, environment activists said at a recent convention in the city. 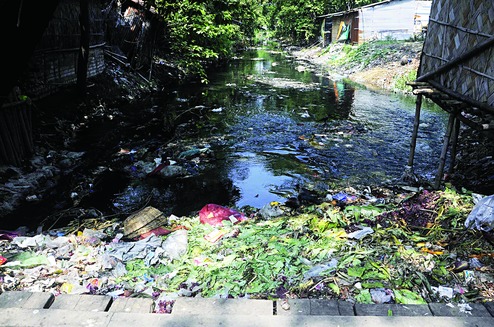 Calcutta: Rivers are being encroached on and water bodies filled up fast while the administration and political parties look the other way, environment activists said at a recent convention in the city.

The resolution passed at the convention called for "appropriate actions" against politicians and government functionaries directly or indirectly involved in such violations.

Almost 70 organisations, from Darjeeling to the Sunderbans, took part at the event, which was organised by the green platform Sabuj Mancha. Most of the participants were from the Calcutta Metropolitan Area, which includes the city and urban centres in adjoining districts.

"Representatives of about 50 organisations spoke on various environmental degradation. Many of the speakers, including those from Calcutta, highlighted how rivers, water bodies and wetlands are being encroached on, often with covert or overt support of the administration and political parties," said Naba Dutta, secretary of Sabuj Mancha.

Dutta alleged that the Centre and the state government were indifferent to environmental causes.

"The Ichhamati, an important river in south Bengal, is in peril because of sand mining, encroachment and barriers set up at various points. Successive governments have done nothing. Around 5,000 people - fishermen and their families - have lost their livelihood because of degradation of the river," said Jyotirmoy Saraswati of Ichhamati Banchao Andolon.

"The ancient water channel continues to suffer because of encroachment and indiscriminate dumping of garbage in the water," Roy said.

Samar Koley demanded restoration of the Saraswati, while Suresh Kundu rued the incomplete dredging of the Noai khal, earlier known as the Labonyoboti river.

"Historical and geographic factors do play a role in degradation of rivers but man-made factors play a greater role," said river expert and state pollution control board chief Kalyan Rudra.

Environment activists pointed out that wetlands and other water bodies were not being spared either.

"A major part of the wetlands besides Kalyani Expressway has been encroached on," said Kallol Roy. Several other speakers pointed out violations at the East Calcutta Wetlands and the wetlands in Hind Motor and Dankuni.