Demand for saris with symbols of prominent parties like the Trinamul, BJP, CPM and the Congress, has increased significantly 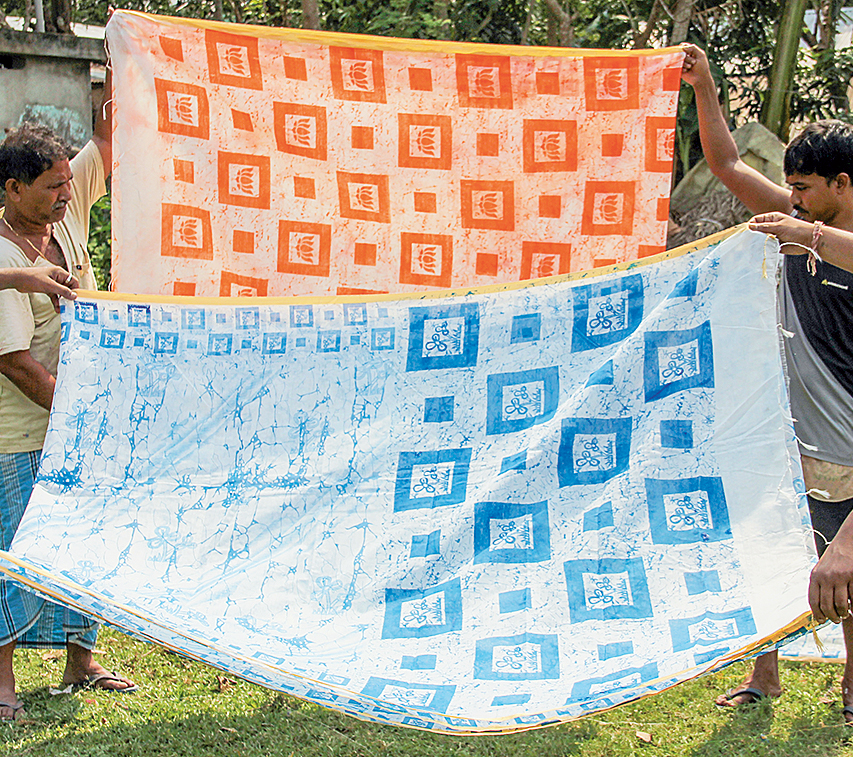 The weavers’ sights are set on the trend of women participating in election programmes wearing such saris.

The demand for saris with symbols of prominent parties like the Trinamul, BJP, CPM and the Congress, has increased significantly as the campaign heated up in the past three weeks.

“The price of the saris ranges from Rs 300 to Rs 400… The demand has increased since campaigning for the Lok Sabha polls got a momentum,” said a weaver.

Leaders said such saris gave a different dimension to rallies and road shows. “If 100- 200 women take part in rallies in saris embossed with the party symbol, it attracts common people… Moreover, our party symbol gets more popular if women wear such saris,” said a Trinamul leader.

The demand for the saris will rise further once the elections start in south Bengal, weavers said.

“So far, the elections were being held in north Bengal. From April 29, the polls will be held in the south Bengal districts, including Nadia. It is expected that once the polls move closer to Calcutta and its surrounding districts, the demand for such saris will increase further,” said another weaver.

According to Das, a graduate, some retailers had ordered a few hundred saris embossed with Trinamul and BJP symbols soon after they received samples sent by him. In the past three weeks, Das has supplied around 10,000 such saris.

The demand has grown so much that many other manufacturers have started making such saris. To cope with the high orders, most manufacturers are using semi-cotton and synthetic fabric to depict the designs fast.

“It takes a lot of time to get handloom cotton saris dried completely after printing. So, we have been using readily available synthetic saris. These are available in white and off-white colours, attached with blouse pieces. Synthetic materials dry fast,” another manufacturer said.