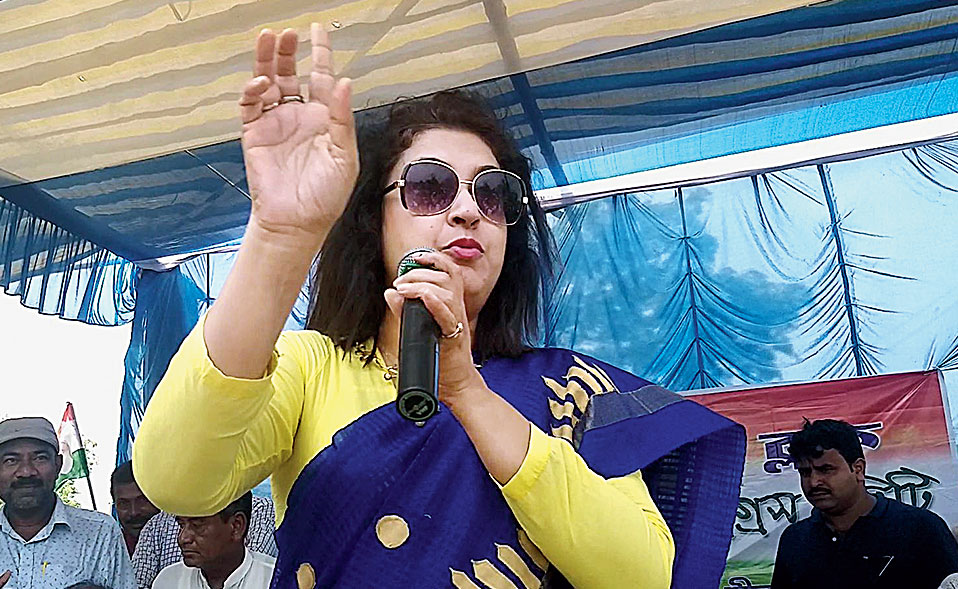 Shatbadi Roy turned up at the CGO complex around 2.30 pm on Thursday and spent nearly two and a half hours facing officers. Sources said investigators wanted to know about how did she receive money from the Saradha group and in how many instalments.
Telegraph file picture
Our Special Correspondent   |   Calcutta   |   Published 08.08.19, 09:02 PM

Satabdi had recently expressed a desire to return Rs 29 lakh she had received from the firm as its brand ambassador. In 2016, actor Mithun Chakraborty had returned Rs 1.19 crore to the ED allegedly received from the Saradha group in June 2016.

On Thursday, Satabdi arrived around 2.30pm at the ED office in Salt Lake’s CGO Complex and was quizzed for nearly two-and-a-half hours. Sources said investigators wanted to know how she had received the money from the Saradha group and the number of instalments. “If I am asked to appear again, I will do so,” Satabdi said on her way out.

The CBI has summoned former Calcutta police commissioner Rajeev Kumar in connection with the Rose Valley scam. Agency sources said they want to examine Kumar because he had allegedly held back vital information about the scam while handing over the case to the central agency.