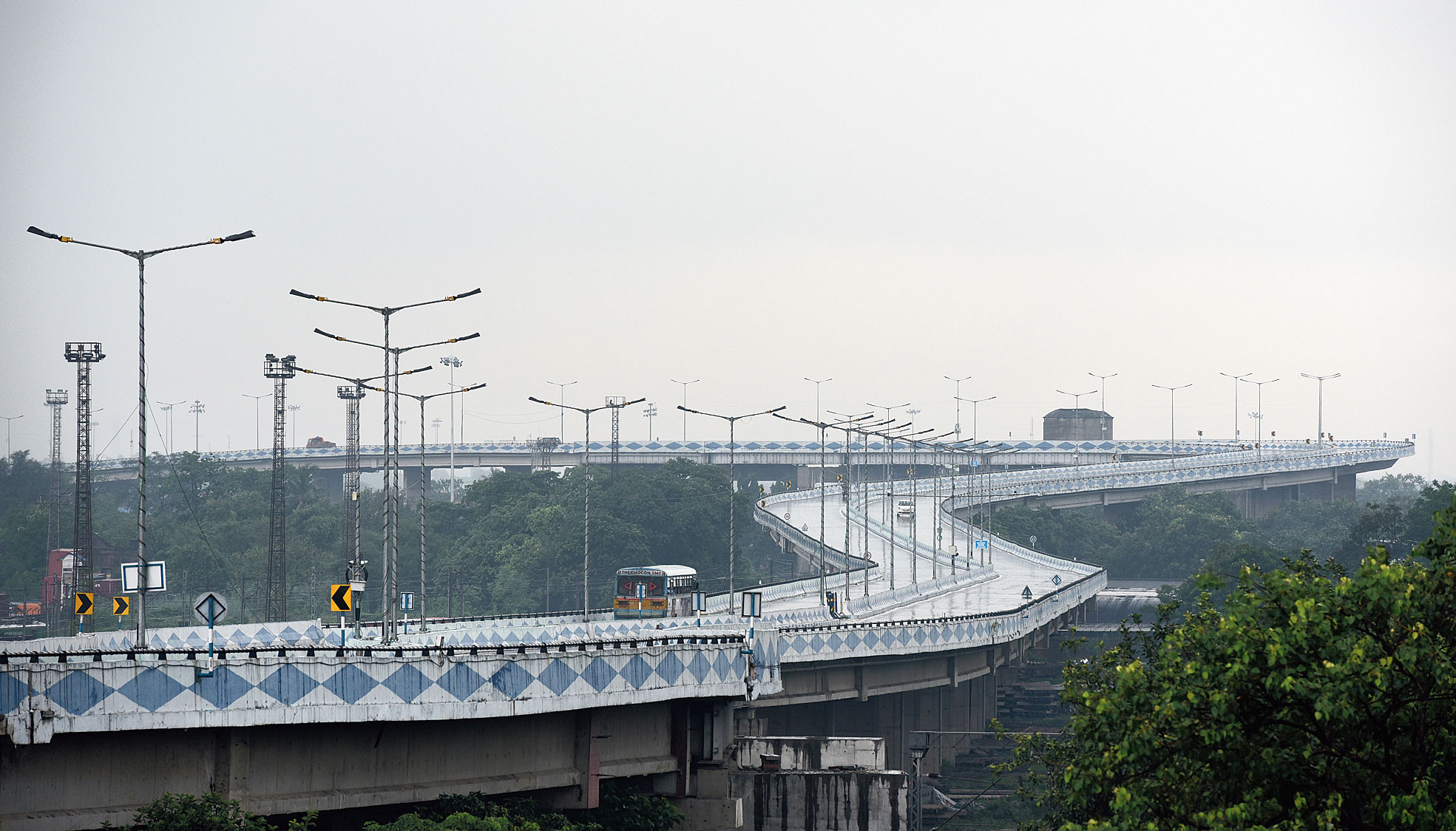 Police have proposed 6ft-tall steel nets at the curves of Garden Reach flyover to prevent two-wheeler riders from being flung off the overbridge during a crash.

The proposal was discussed during a joint inspection between the Calcutta Metropolitan Development Authority (CMDA) engineers and the police on Friday. Three youths fell off the flyover after their two-wheeler hit the crash barrier on June 23. One of them died later.

A CMDA engineer said that they would float tenders to install the nets. Police officers feel that the nets will help as overspeeding on the flyover is a common problem.

“We started to think about a measure after the June 23 accident. We felt that we could stop the deaths if a mechanism was found to prevent the fall of the two-wheelers from the flyover,” said a police officer.

“We had a joint inspection of the flyover with CMDA engineers on Friday where eight locations were identified for installing the nets. Speeding two-wheelers usually ram into the crash barrier at these curves,” he said.

The officer said there were reflectors alerting commuters about the sharp curves but some riders preferred to ignore the signage.

A police officer said that in 2018 there were two incidents of two-wheeler riders falling off the flyover.

In July 2016, a teenager riding pillion fell from a height of 26ft after he slipped through a gap between two flanks of Parama flyover. The accident happened after the biker suddenly slammed the brakes and the victim fell from the bike.

The biker had told police that he had slammed brakes to avoid ramming into the flyover’s boundary wall as he had apparently got confused at the place where one ramp goes towards Ruby and another towards Metropolitan.

Police sources said that though overspeeding and rash driving were not uncommon in other flyovers, there were more sharp curves on Garden Reach flyover than elsewhere.

Also since there are very few commuters on the Garden Reach flyover, two-wheelers tend to pick up speed here than on overbridges with heavy traffic.

The police officer said that six of the eight locations identified were on the Majerhat-bound flank and the rest on the Garden Reach-bound flank.

The police doesn’t allow any two-wheeler on the flyover between 9pm and 6am, but in many cases two-wheeler riders dodge past police barricades at both ends of the flyover in high speed during the restricted hours.