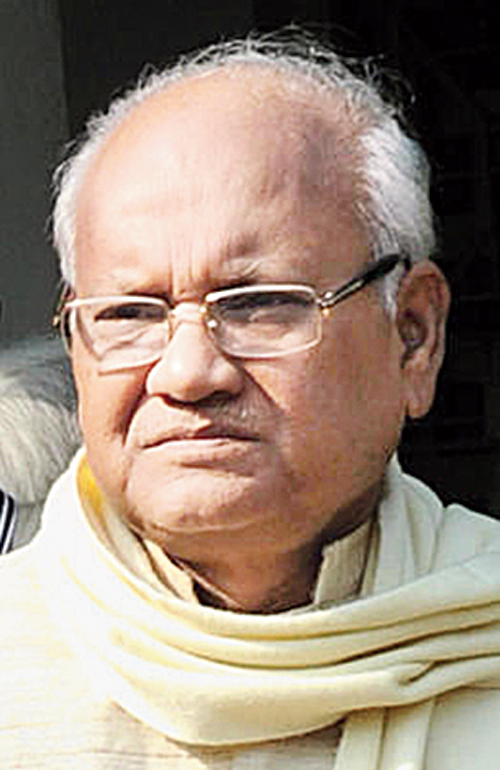 Kshiti Goswami, the Revolutionary Socialist Party general secretary and former minister in both the Jyoti Basu and Buddhadeb Bhattacharjee governments, died at a private hospital in Chennai on Sunday morning.

He was 76 and had been suffering from old-age related diseases. He is survived by his wife Sunanda Mukherjee and daughter. Goswami’s body will be brought to Calcutta on Sunday night and his last rites would be held on Monday.

Expressing condolence on Goswami’s demise, chief minister Mamata Banerjee said in a statement: “I am deeply shocked and grieved by the sudden demise of Kshiti Goswami. He passed away this morning in Chennai... This is an immense loss to Indian politics.”

Goswami was a critic of Buddhadeb Bhattacharjee government’s decision of forcible land acquisition in Singur and Nandigram despite stiff resistance from the farmers.

Under his leadership, the RSP also opposed electoral alliance between the Left Front and the Congress for the 2016 Assembly polls and the 2019 Lok Sabha polls. The RSP had fielded its own candidate against the Congress’s Adhir Ranjan Chowdhury in Behrampore Lok Sabha seat in 2019 going against the Left Front’s decision of not contesting there.

Behrampore Congress MP Chowdhury referred to Goswami as an honest politician, who will be deeply missed.

Left Front chairman and CPM politburo member Biman Bose said that passing away of Goswami would create a vacuum in Left movement in Bengal.

CPM politburo, too, issued a statement expressing grief over the demise of the RSP leader. “Comrade Khiti Goswami passed away. A stalwart of the left movement in #Bengal. General Secretary of RSP. A great loss. Deeply saddened. My salute,” tweeted Left legislature party leader Sujan Chakraborty.

Goswami always shared a very good rapport with leaders cutting across political lines and was liked by all for his friendly behaviour.