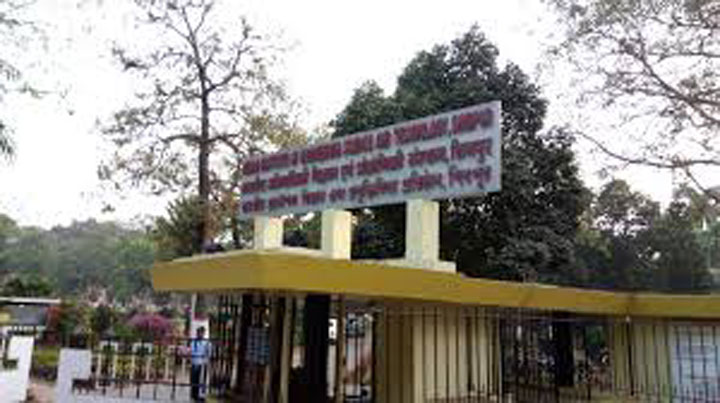 According to an institute official, the grant for the hostel and academic complex out of the corpus of Rs 592 crore did not reach the institute so far
Wikimedia Commons
Subhankar Chowdhury   |   Calcutta   |   Published 12.10.19, 08:18 PM

The Union human resource and development ministry has granted the IIEST, Shibpur, Rs 260 crore for building a new hostel and an academic complex in the absence of which several students decline to stay at the institute.

The director of the institute, Parthasarathi Chakrabarti, said the ministry ahead of Puja intimated the institute about releasing the grant and had asked it to send the detailed project report.

The ministry would sanction the grant from the corpus of Rs 592 crore that the Centre had sanctioned in 2014 when the Indian Institute of Engineering Science and Technology (IIEST) had started its journey. Chakrabarti had met the new minister of human resource and development Ramesh Pokhriyal on June 12 and asked for funds to build the new hostel.

He also sought funds for developing the new academic complex as more students had to be admitted this year with the introduction of quota for financially weak candidates of the general category.

“We want to start the construction at the earliest,” said Chakrabarti.

During the last year’s convocation held on December 23, Chakrabarti had underlined the need for better infrastructure to draw bright students, while admitting that poor hostel facilities were driving them away.

“Students take admission, but many of them leave after seeing the condition of the hostels. The infrastructure — the hostel buildings, the classrooms— have to be improved,” he had said.

An institute official said they were happy that the Centre has decided to provide the grant from the corpus of Rs 592 core.

“This means that we don’t have to take any loan under the Higher Education Financing Agency (HEFA), scheme announced in the 2016 budget. Under the scheme, the Centre provides interest-free loans to the institutes. The government bears the interest. Since we are getting it from the corpus, we don’t have to pay the amount back,” said the official.

According to an institute official, the grant for the hostel and academic complex out of the corpus of Rs 592 crore did not reach the institute so far.

He said, as the institute was in the transition mode (being elevated from a state university Besu to a central government-run academic institute) and did not have a full-term director till June 2018, the projects were not pursued seriously.

“Once the first full-term director Chakrabarti had joined the institute last year he approached the Union minister for the grant that was due to the institute,” the official said.

Director Chakrabarti said during their interaction with the Union minister he had requested him to sanction the grant from the corpus of Rs 592 crore.

As of now, the intake capacity of the institute for BTech, MTech and PhD courses stands at 3,800. However, the institute has hostel facility for 2,000 students.

The institute will receive Rs 30 crore separately from the Centre to develop infrastructure development as more students have taken admission this year under the quota for the economically weak (general category).

The rise in student numbers follows the introduction of the quota that the government had brought in a through the 103rd constitutional amendment in January ahead of the Lok Sabha polls.

Another official of the institute said Rs 260 crore would help the institute address the problem of inadequate hostels and classrooms for the existing students.

Lack of hostel facilities and classrooms with poor infrastructure had forced the institute to slash its intake capacity by 10 per cent in the 2016-17 and 2017-18 academic years.